Veronica Youngblood turned up in Ashburn knocking on an acquaintances' door. The person called 911 and Loudoun Co. Deputies took her into custody, recovering a firearm believed to be used in the shootings. 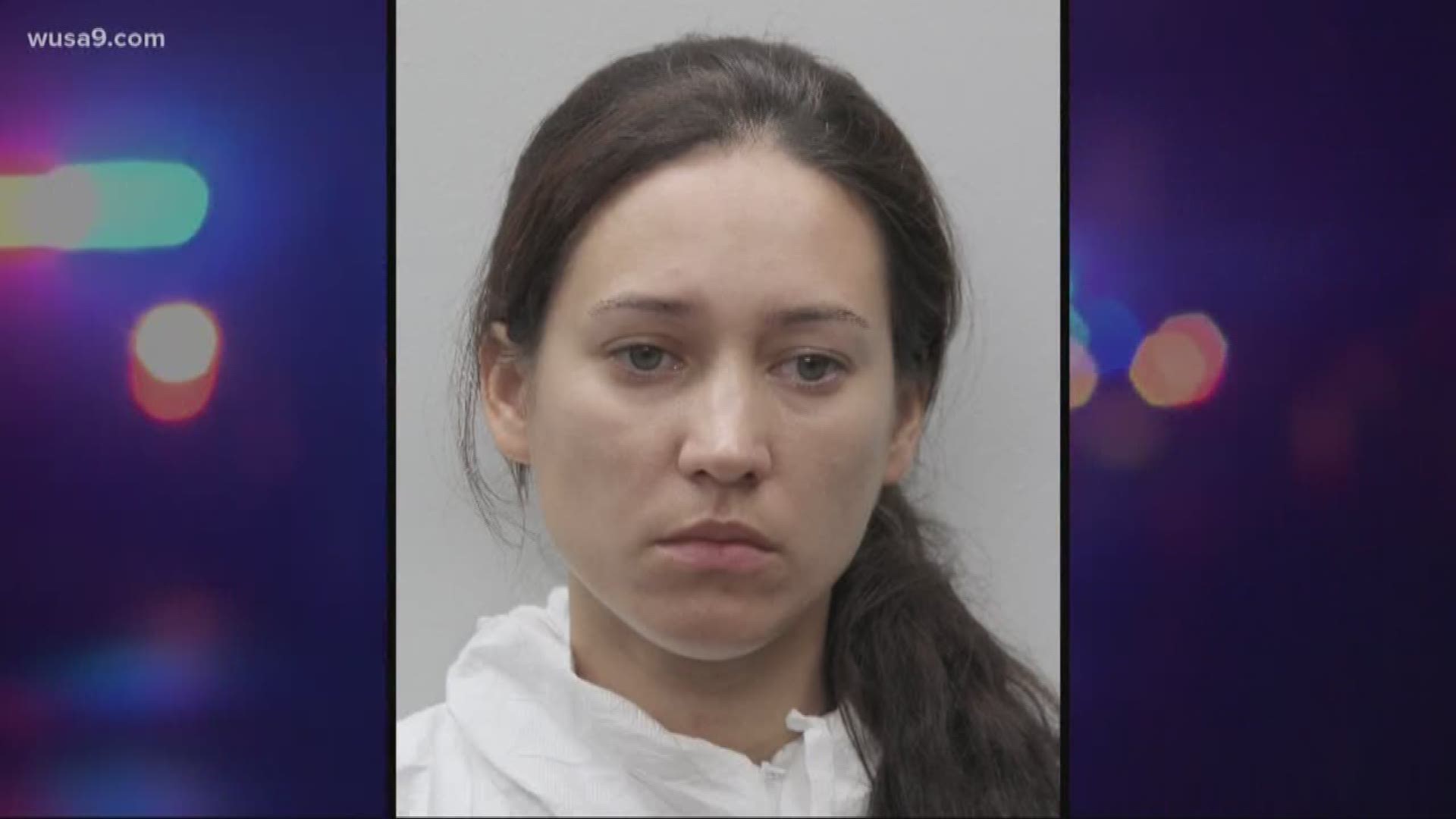 MCLEAN, Va. -- A young girl was shot dead, allegedly by her own mother, Veronica Youngblood, 33.

It happened late Sunday night in McLean, Va., near the Galleria Mall in the Tysons area.

Another girl was also shot, but survived the attacked. Fairfax County Police said the wounded child is in critical condition with life-threatening injuries.

Around 10:15 p.m., officers responded to the 1500 block of Lincoln Circle in McLean at Post Tyson’s Corner apartment complex for a shooting. When they arrived, they found two juveniles in the apartment.

One victim was pronounced dead on the scene and the other was taken to the hospital and remains in critical condition.

Police said Youngblood fled to Ashburn and knocked on the door of an acquaintance. That person called authorities.

"Fairfax County is asking that we be on the lookout for a 30-year-old Hispanic female dress in all black," a dispatch report called out.

Then, another: "Silver wood Terrance. Advising the suspect is there saying she just killed her two daughters. Currently has a gun."

Deputies took Youngblood into custody and recovered the firearm they believe was involved in the shooting.

Youngblood has been charged with murder. She is being held without bond at the Fairfax County Adult Detention Center.

Law enforcement is prohibited from providing any information about them without their parents' consent, but several neighbors and court documents confirm Youngblood is the mother of the victim.

Veronica Youngblood, 33, suspect in Tyson’s child murder had a 2016 protective order requested by former spouse for a 4-yr old child. @FairfaxCountyPD: One victim was taken to the hospital, remains in life-threatening condition, 2nd victim pronounced dead at the scene. @wusa9 pic.twitter.com/0SjVBDYA9h

According to court documents, Youngblood had a 2016 protective order requested by her former spouse, Ronald Youngblood.

A judge ordered Veronica Youngblood to stay 500-feet away from her former spouse, his home, and their 4-year-old child.