The Pink Fireman is spreading awareness after losing three sisters to breast cancer. 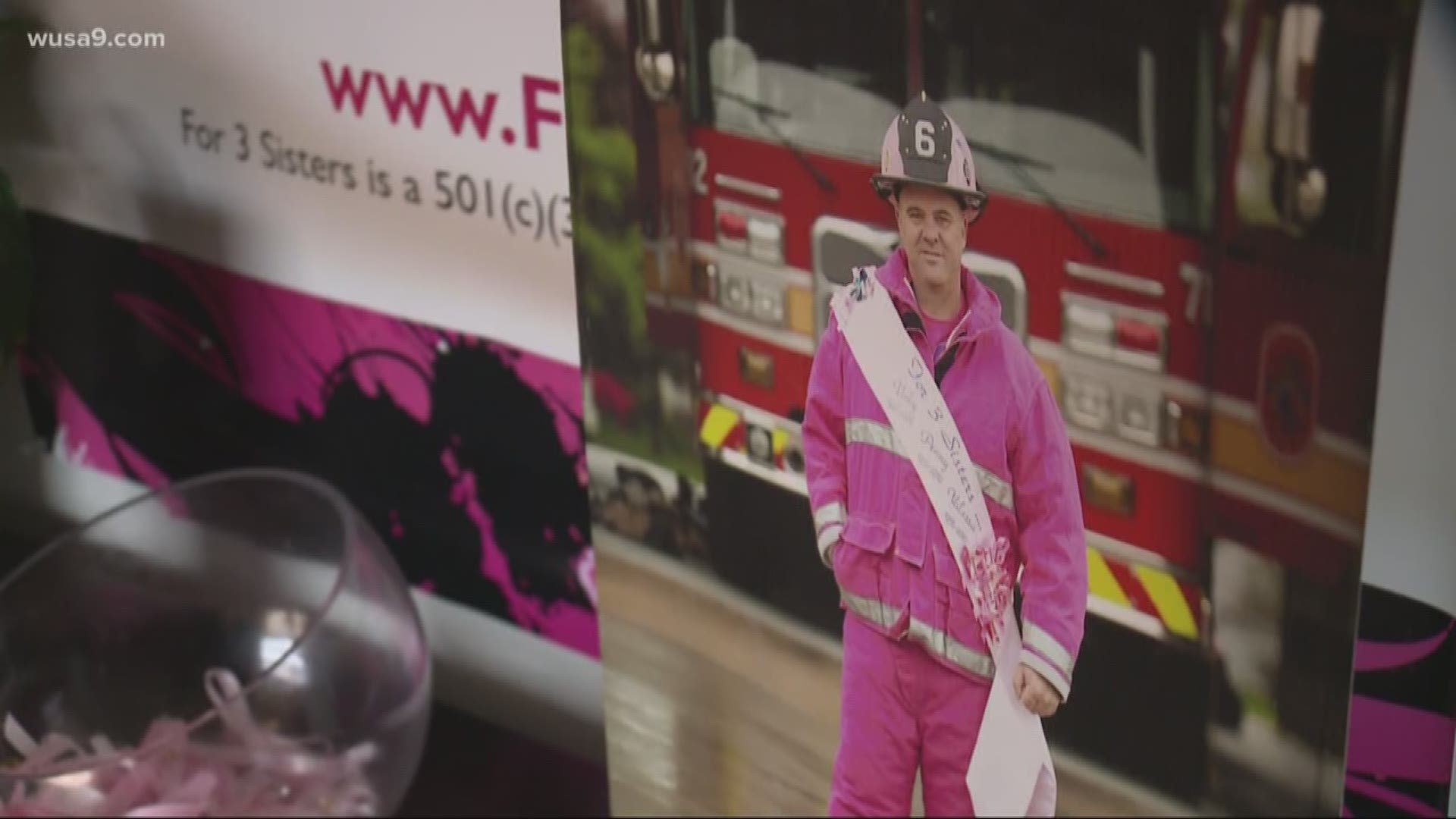 WASHINGTON -- For years, Marshall Moneymaker made a living as a firefighter in Maryland. He joined the firefighter cadet program while he was still attending Damascus High School.

He worked his way up, eventually joining the Montgomery County Fire and Rescue in 1998.

Marshall was trained to save lives, but it was the lives of those closest to him, he wasn’t able to save.

Three of Marshall’s sisters, Vicky Valessa and Penny were all diagnosed with breast cancer. One after another, they passed away within two years of one another.

Wanting to show their support, in 2011, his coworkers surprised him with a pink fireman’s uniform in front of his family, friends and the media. It was from that day on, he was dubbed ‘The Pink Fireman.’ He traveled all around the country, spreading awareness about breast cancer.

Marshall took that attention and his grief and turned it into something positive. He and his wife, Shannon, started an organization called ‘For 3 Sisters.’

“We put food in refrigerators, we keep the lights on for people who are in treatment and we keep single moms from being evicted at Christmas time,” said Shannon.

For 3 Sisters is all about making sure people fighting breast cancer, don’t have to fight alone. Marshall was on a much different path. If you ask him where he thought he would be, he would tell you his plans were to retire, buy a camper and travel down to Florida with his Harley Davidson.

Instead, he’s still here, helping others with breast cancer in honor of his sisters.

“I do believe we are shown the path we need to go and things are put into place. How else do you explain this?,” said Marshall.

Earlier this year, the organization wanted to do something that would comfort the people they help. They brought Hope, into the office. She’s a 5-month old Golden Retriever, in training to become an emotional support animal.