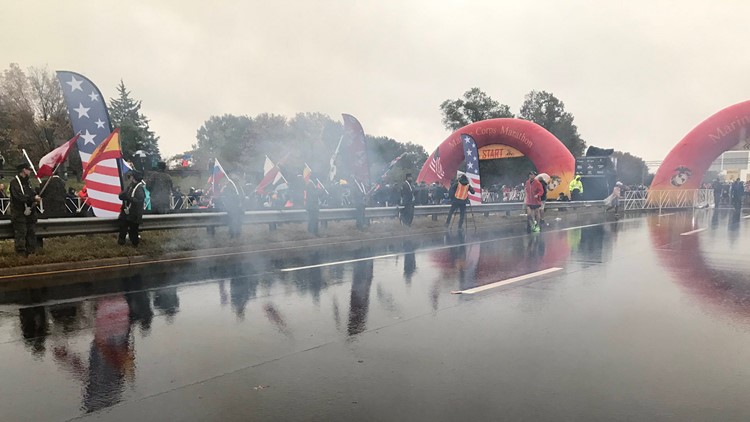 Runners from 50 states and 60 countries participated, with some runners doing an ultra marathon, or a 50k -- six miles longer than a marathon.

The Marine Corp Marathon is organized by the men and women of the United States Marine Corps. It's the largest marathon in the world that doesn't offer prize money, instead celebrates the honor, courage and commitment of all finishers.

Known as the "people's marathon," the race was established in 1976 and is currently the fourth largest marathon in the United States and the ninth largest in the world.

"This is the best marathon, its my 11th one," Sandy Sandbocken said.

Sandbocken traveled from Los Angeles to run in the race.

"I travel so far because it means so much to me," Sandbocken said.

Sunday's route started in Arlington, Virginia, on Route 110. Runners made their way through Rossyln before turning on the George Washington Memorial Parkway.

Major road closures until this afternoon include Route 110 and parts of Crystal City.