A military family lost everything to mold, twice, so the community gave them a home for the holidays

While Amanda Brewer's husband Josh was serving oversees, she and her six children were displaced multiple times this year because of mold in her Fort Belvoir home. 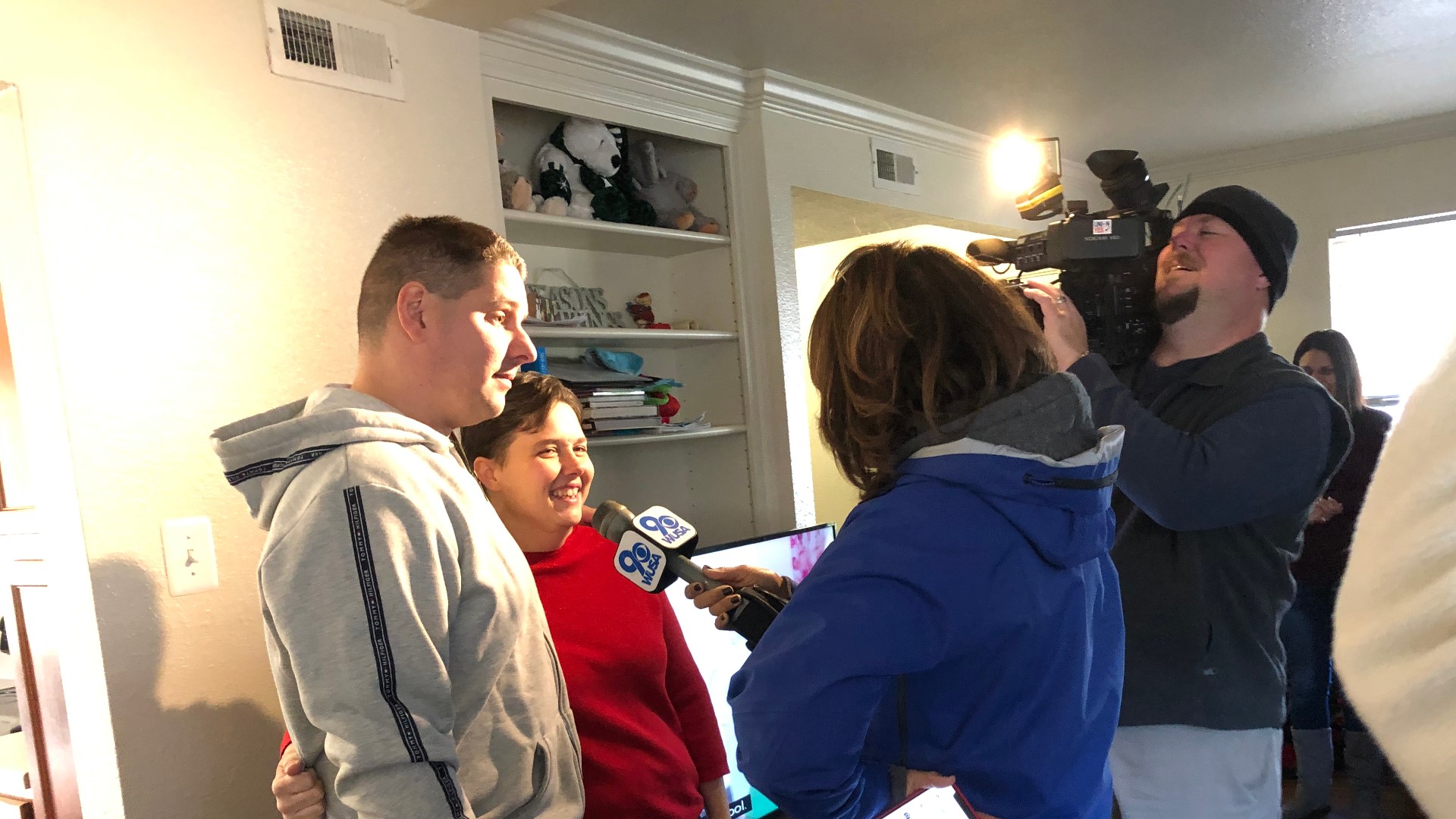 FORT BELVOIR, Va. — Army wife Amanda Brewer and her six children were displaced multiple times this year because of mold in her Fort Belvoir home, while her husband Josh was serving oversees.

Brewer's family was put in a temporary home because of the mold.

"Our spouses are all serving the country, and they're willing to die for their country," Brewer said. "We should all, at the very minimum, be able to have a safe home."

Brewer's temporary home also had to be remediated for mold three times. And it was't just material items that were lost, but memories that can never be rewritten.

"It's really hard," Brewer said. "My kiddo was in the backseat of the car bawling, because he couldn't figure out what he wanted for his birthday, because he's lost so much stuff."

Military Makeover before and after photos

1 / 21
WUSA9
The Brewer family in their new family room

At Virginia's Fort Belvoir, desperation created a bond. Army wives Brewer, Raven Roman and Jessica Carmean, and Navy spouses Kristi Wright and Ashley Fischer, said they were so frustrated they felt they had no choice but to create a housing advocacy group.

"Mold [spreads] when you move it," Brewer said. "Spores kind of go everywhere. Every step that they take, every time they bounce, etc., then there's more and more spores going everywhere."

Amanda's friends, the WUSA9 Impact Team and dozens of volunteers decided to transform the Brewers' house into a home, so they can make new memories.

Behind the scenes military makeover photos

1 / 13
WUSA9
We're really not here to interview you about military housing.

WUSA9's Impact Team would like to thank the following:

The Interior ReDesign and Staging Association

McNair Bishop of Room by Room

Lynn Woloschel of Interiors by Lyn