WASHINGTON -- Whitney Hogans taps into what seems like an endless reservoir of energy to raise two young sons on her own. It wasn’t supposed to be that way.

When tragedy struck her family and she became a widow at age 25, she knew she had to keep going. When our WUSA9 Impact team learned this young mom, special education teacher, author and radio host could use a night of fun with her sons, the community came together to make it happen.

This is Little Wishes.

Greg Hutchins wrote our Impact Team with a little wish for a dear church member and friend.

He reached out about Whitney Hogans, a young single mom who lost her husband, Steve, seven years ago to a rare lung disease. A couple months earlier, their youngest son was diagnosed with autism. Hogans was left to process her grief and her new normal - with one son who was hard to reach on the spectrum and another who had to grow up quickly to be the man of the house.

Hogans is a special education teacher during the day, author and radio host by night. But she said her most important role is that of mother and life guide to her sons, Quincy and Kevin.

And on a mild spring evening with the sun in their faces, the Hogans family ventured down to Capital One Arena for a welcome excursion to simply be basketball fans. The Wizards were facing the Sacramento Kings. The night was gearing up to be electric.

But first, there was a surprise. The boys had no idea they were coming to see their favorite players until they arrived at the administrative entrance to the arena. It was starting to sink in. 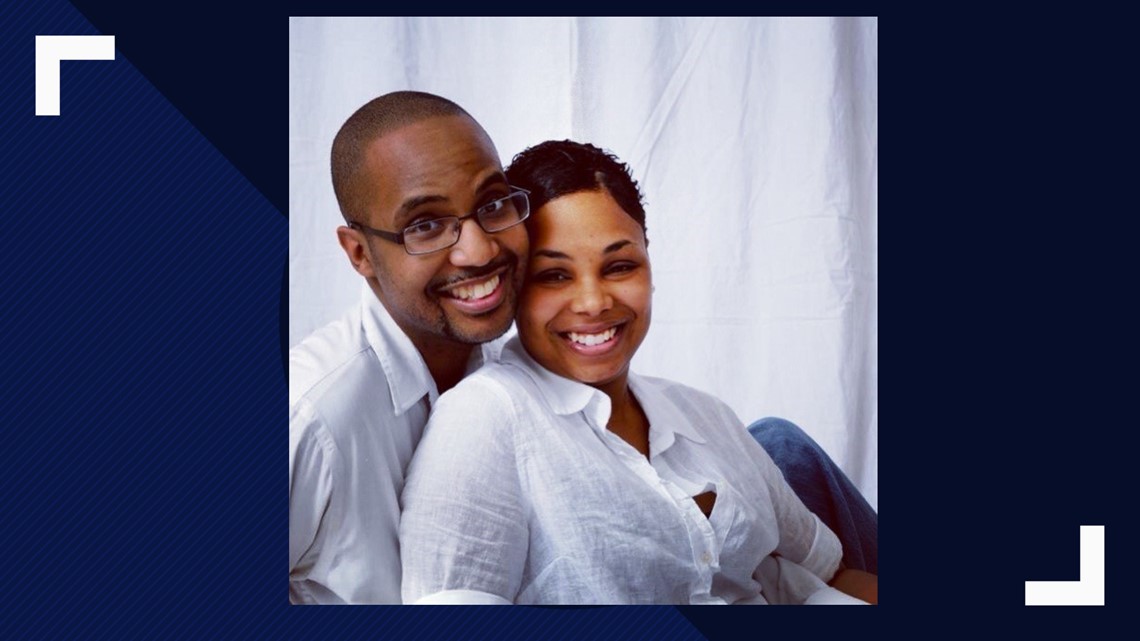 "The kids are going to think we're having an awesome time," Hogans said. "I'm sure they're excited. It's just a fun night with me and my brother-in-law."

When Whitney’s husband, Steve, died, his brother, Jordan, stepped in to fill the loss. A whole village rallied to keep them together when part of the family circle came undone. But Hogans shoulders much of the day-to-day grind on her own.

"As a single parent, you know, trying to manage everything with my boys and my career, and making sure everything stays afloat, it gets rough," Hogans said.

"We've been through some hard things with losing my husband, and you know, their dad, and some days, you know, I'll be honest. It ends with tears because I feel like I'm not doing enough sometimes, but I love them. I adore them. I'd do anything for them. It's difficult, but it's a beautiful journey."

Nine-year-old Kevin took it all in -- the lights, the sounds, the basketballs bouncing on the court. His brother, Quincy, tossed balls to the players. And, he decided he wanted popcorn, and his tablet.

Kevin is an athlete, too. But instead of running on a court, he runs mostly outdoors -- track and field. And, he scores, big time. He competes in the Special Olympics and placed last year in the Maryland games. He brought home the Gold for the 50-meter and the standing long-jump competitions.

When Autism started to steal Kevin's voice, sports helped him find a way to communicate. And, slowly, his mother found ways to bring him back.

His older brother Quincy marveled at the agility of the players as they prep for the night ahead against Kings. He was on the court, tossing balls at some of his favorite players. He was so close, he can touch them.

While Quincy also loves sports, he excels in other areas, too.

"Quincy is 12-years-old. He's in the seventh grade. He's doing phenomenal," Hogans said. "I actually have a radio show on Awesome God Radio and he interned at the station."

"It was so nice going down and watching Quincy shoot around," Hogans said. "As a mom, when they're happy, I’m happy, so I'm just so honored that we got to come and do this."

Single parenting can feel isolating, and doing it as a parent of a child with increasing needs can make some feel invisible. But on that night, it gave Hogans something that will stay with her long after the arena clears: Hope.

"It's times like this and things like this that remind me that we're never forgotten," Hogans said.

Quincy and Kevin were about to be in for another surprise. As the team ran out on the court just before the introductions, Bradley Beal stopped to shake hands and sign jerseys for the brothers.

"You ready for the game?" Beal asked Quincy.

More than ready. And, this moment will be etched in Quincy’s heart for a long time to come, as well as his mom's.

"From the bottom of my heart, thank you," Hogans said, beaming. "Thank you for putting a smile on my kids' faces, and also mine as well, getting a night out and some quality time with my boys that I wouldn't have been able to provide on my own."

And, when we asked Quincy one parting question about the impact of this day – and what he wanted to say to the entire Wizards organization for a memorable night, his reflections were priceless.

Special thanks again to Monumental Sports for helping to make the night truly special for Quincy, Kevin and Hogans.

About Impact: Little Wishes – Sometimes it’s the littlest things that have the biggest Impact. Our WUSA9 journalists put "wish" jars around town and asked people online, "What's your little wish?"

Then we connected neighbors with neighbors to help make those dreams come true. If you have a little wish or would like to help us grant a little wish, please email: impact@wusa9.com.