The Gemmell playground becomes a reality after two years of planning and three days of construction. 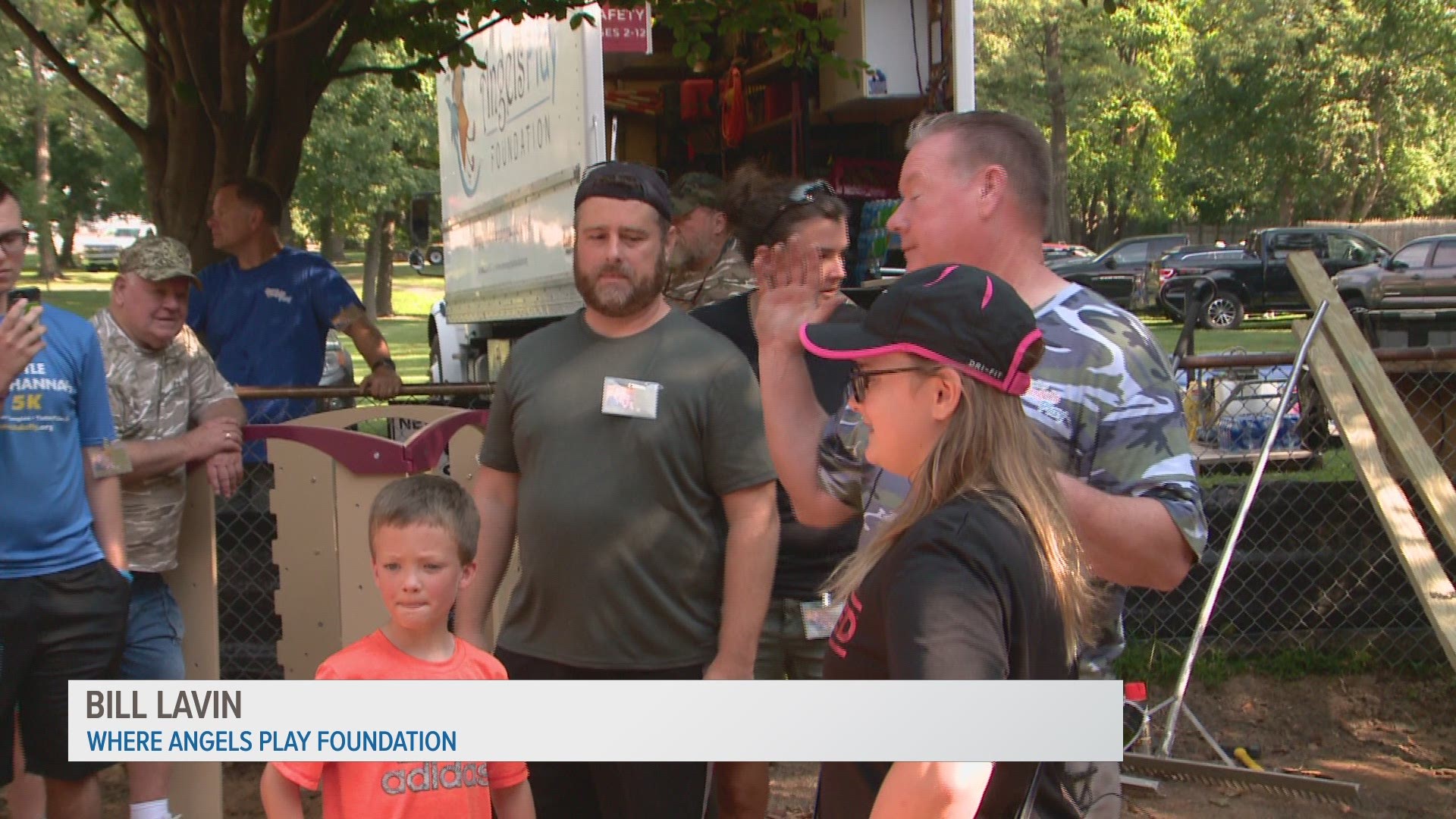 GAITHERSBURG, Md. — Marie, Devin and Cole Gemmell were killed when a private plane crashed into their Gaithersburg house in 2014, just weeks before Christmas. Marie's husband and daughter, Ken and Arabelle Gemmell, worked with Bill Lavin and Where Angels Play Foundation to create a playground reflecting their lives.

The family hopes the joy felt at this playground will have a positive impact on the community.

It took two years to plan, three days to build, dozens of volunteers working with friends and the Gemmell family to build the playground.

"I want to thank everybody for coming from near and far," Lavin said. "This is our 54th Where Angels Play playground, and we’re here to dedicate this playground for Marie, Devin and Cole."

"I think about my mom and my brothers a lot the past few days," Arabelle said. "I think they would be very proud of me for doing this."

"It brings out the absolute best in people," Elaina Valentine, a Where Angels Play Volunteer, said. "You’re turning something so tragic and such sadness into joy."

"A lot of these people have been through similar situations, and to see them here wanting to pay it forward and help out, is to me, it’s really touching," Ken Gemmell said.

"It's beyond belief and inspiring" Arabelle’s grandmother, Becky Randolph, said. "If I could, I would be out there digging in the dirt and helping them too."

Credit: WUSA9
Volunteers working on on the Gemmell Family Playground

"I feel personally like I’ve made another family," Braithwaite said.

Amanda Cykosky, a Where Angels Play Volunteer, said it helps you "forget about all the sadness that sometimes consumes our lives."

Arabelle says she hopes the playground will be used for many years to come.

“I think they would be really proud that we were able to do this even though something tragic has happened," Ken Gemmell said. "We were able to make something good come of it."