We all know it’s been tough for businesses trying stay open during this pandemic. It’s been especially tough on small, minority-owned businesses. 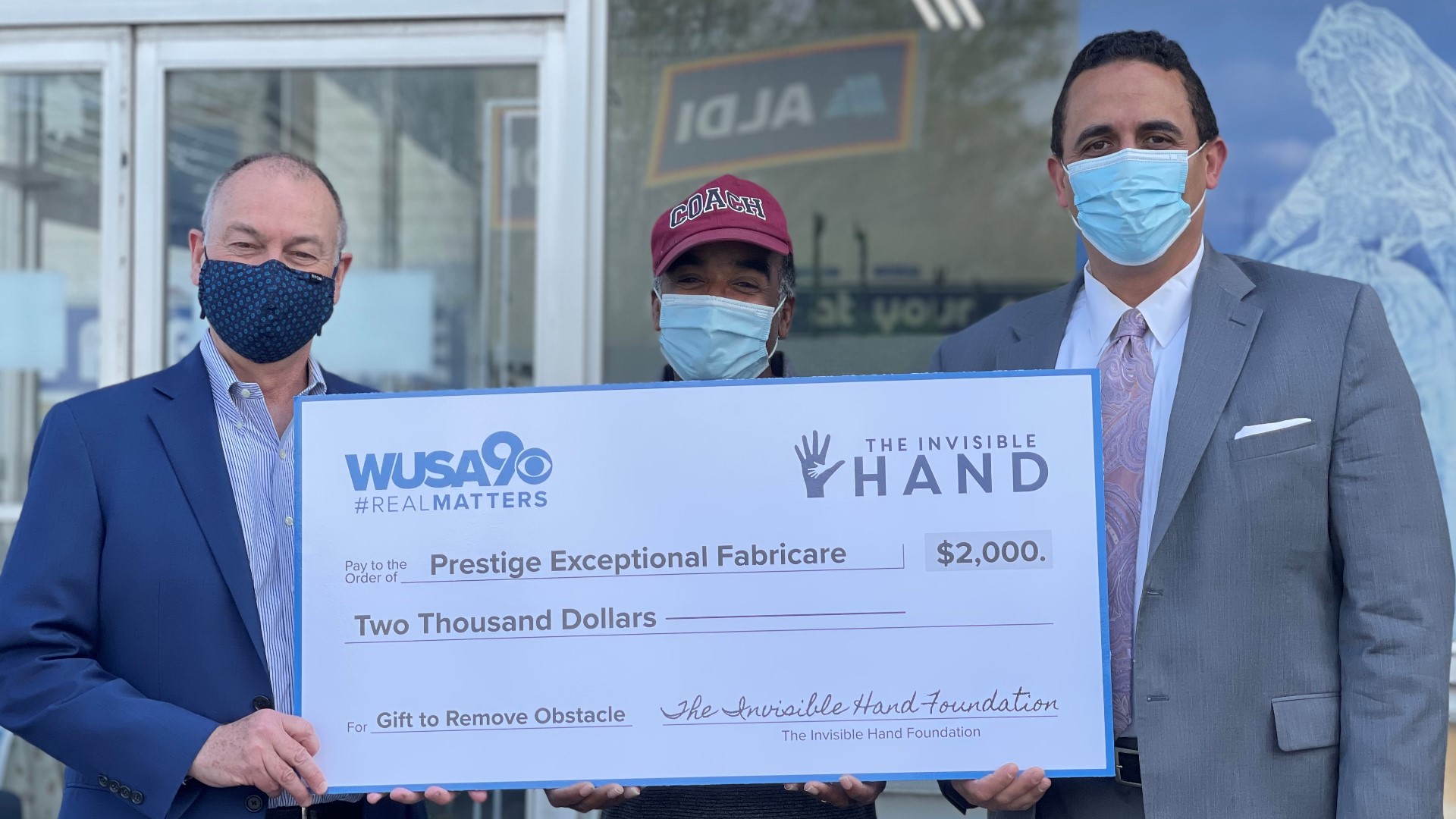 SILVER SPRING, Md. — Prestige Exceptional Fabricare has been a destination for fine fabrics for generations.  But when COVID hit, the Silver Spring dry cleaner was essentially empty.

Yuri Forman and his wife are the third owners of this long-standing anchor business along Georgia Avenue. They said they had to make major cuts to survive and hope to make it through another year.

“Pre COVID, you’d have trouble walking through here, it would look like a wall of clothing, like a box," Yuri Forman said. “This would be completely full, we’d have to push clothes. We had to cut costs. We stopped all capitol ex projects, improvement projects, new equipment, purchases, everything stopped. And all that was left was trying to stay alive. Keep the doors open.”

The Forman's bought the business with the hopes of passing it down to their sons. Yuri Forman said his own life was transformed when his parents immigrated to this country from Haiti.

To keep that dream going for his own sons, he and his wife had had to pump thousands of their personal savings into the plant that powers their future. He said they couldn’t do it without their day jobs.

“It could be 10 to 20,000 depending on the month," he said. "For big businesses that’s nothing. But for private people, normal people, that’s an enormous amount of money."

"And you’ve had to do this for how long?” WUSA9's Lesli Foster asked Yuri Forman.

The Forman's oldest son, Iman Forman, sees the struggle in running a business during very tough times, but he sees the progress too.

Luckily, business from hotels and other contracts are starting to pick up. But to get it all done, Prestige is working with a shoestring staff. Their team of 11 is now an army of three doing multiple jobs.

“It’s the little things that do it," Yuri Forman said. "You ever get your pants and see the seam? We don’t do that, we finish it with the iron."

Long-time customer Donna Butler-Jones was picking up an order when WUSA9 was talking to the Forman's, and described their work as a "miracle."

"It’s gorgeous," she exclaimed. "Oh my God, I’m so happy! This was so stained, I mean from age. It was brown, it was like dark brown and they worked a miracle.”

When Foster asked Yuri Forman how he was feeling about making it through the pandemic, he expressed some fears but said he was optimistic as well.

"It’s very difficult, but there is some optimism out there, especially with how things have developed with the vaccines," he said. "It’s in God’s hands. We’re going to do our best and I believe we’ll make it.”

In the end, Yuri Forman said making it is not about dollars and cents, but always about people -- his staff and his customers.

WUSA9 wanted to make sure Yuri Forman and his family had a little help making it so we called in some friends in the community and went back to see Yuri Forman.

"I want you to meet someone," Foster said to Yuri Forman. "This is John Pierce and he is with a group called the Invisible Hand Foundation and he wants to share something with you."

The Invisible Hand Foundation brings together donors who believe in giving anonymously to lift up people and change lives in our community. The group hopes copycats will define their own mission and give back to the community anonymously as well.

This is terrific," Forman said to Pierce. "This will actually pay our repair bills. The van repair bill, we just had, this covers it so that puts us in pretty good shape. It really means a lot. I mean it gives us hope. I’m speechless. It’s a big help... It’s a real boost and I really appreciate it."