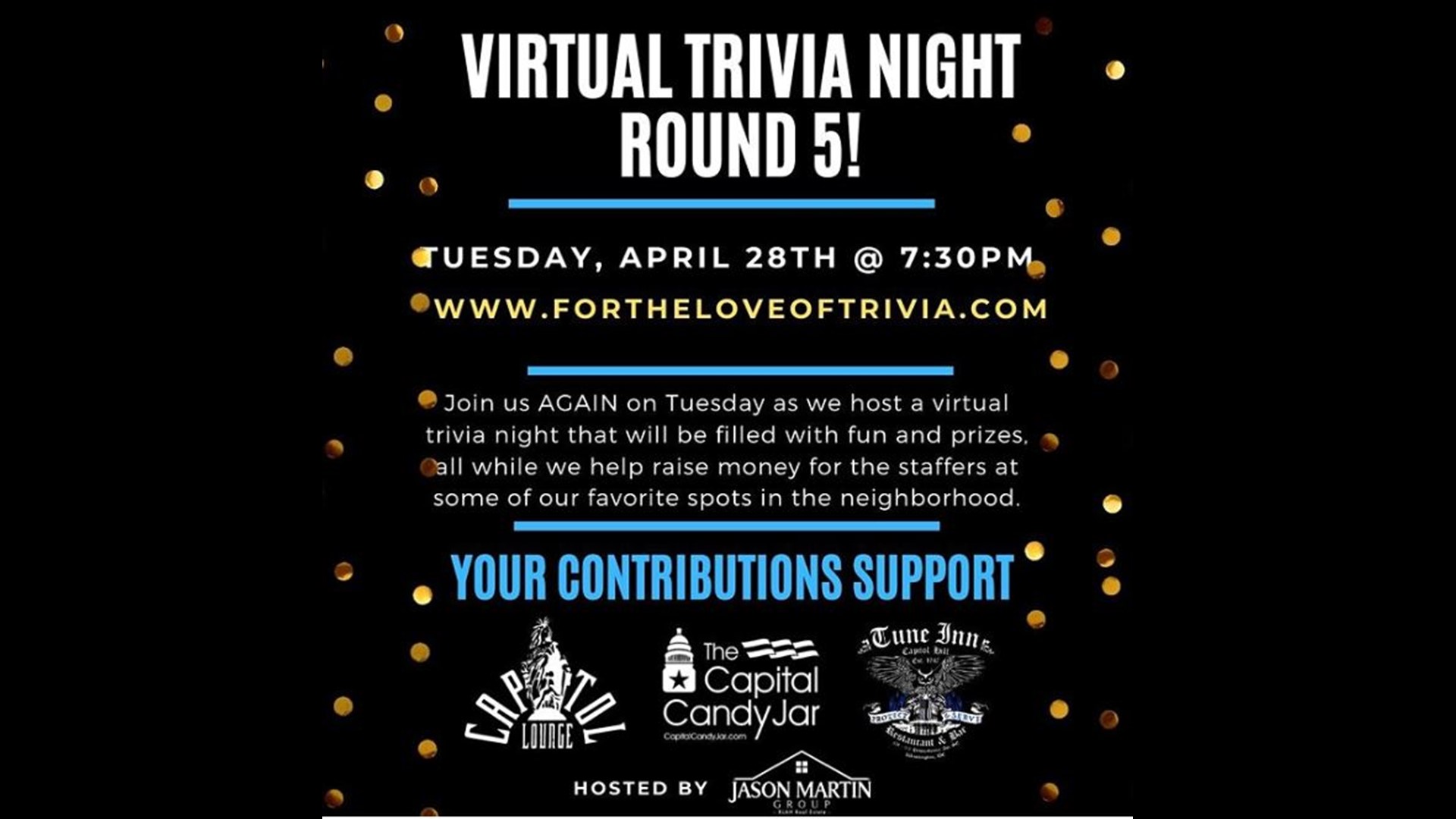 Coleman says they’re usually super busy this time of year, but when business bogged down, the team got a little stir crazy.

So, they started an online Virtual Trivia Night to support local businesses.

RELATED: We're all in this together: College Hunks moving domestic violence victims for free

Coleman said, "It all got started because we were looking for something fun to do."
In its first week, Hensley says 80 teams signed up and they raised five thousand dollars.

RELATED: We're all in this together: Breast cancer survivor donates "Glam Gowns" to hospital

She said, “We had such great feedback and people were just honestly the gratitude that was expressed for, thank you for so much for doing this. It’s a little escape from quarantine right now it was just so positive and overwhelming that we decided come back another week and then another week and here we are after four we still going."

Each game has six rounds of questions and benefits 3 local merchants.

And while the games are free, Coleman says it’s the donations making the difference.

RELATED: We're all in this together: FeedTheFight.org

He said, "Most of it is somewhere between five and $25 so it’s if you have death by 1,000 cuts this is more like love by 1,000 Band-Aids. People are giving their little pieces and having fun with it."

“Last week we had Hill’s kitchen and we had Labyrinth which is a bookstore and even though they’re not really competitive like they sell two different things they had smack talk going on oh we’re gonna kick your butt and all that stuff it was a lot of fun,” Coleman said.

Realtor Tim Holt works on the technical side and says folks as far away as Australia are tuning in.

Over the course of four weeks, the group says 1,200 people logged on to create 528 teams and the games have raised more than $18,000 in donations supporting the following 12 local businesses.