"The system is being oversold," said Timothy Griffin, a University of Nevada criminal justice professor. 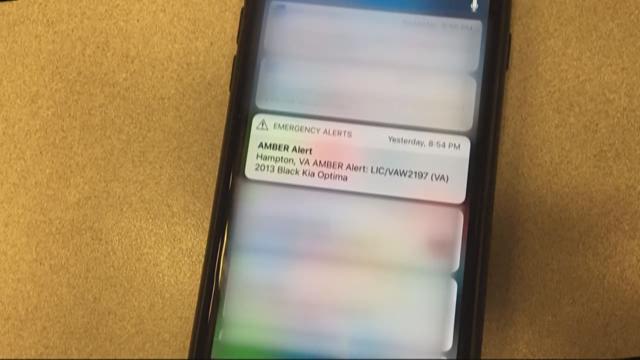 "The criteria for an AMBER Alert is rarely met," Troy Turner read aloud a letter he received from the Maryland State Police Superintendent.

The letter explains why the state police did not issue an AMBER Alert for his missing son and daughter, Jacob and Sarah Hoggle.

"What I feel whenever I read that is just anger again," Turner said.

The outraged father flashes back to late September 2014 when he made a public plea.

"If there's not people who can work through that gray area, then I'm going to request that Governor [Martin] O'Malley do it. I'm going to ask him to do it for me," said Turner, three years ago.

He wanted the governor to do what he was not able to accomplish -- get the state police to issue an AMBER Alert to bring his missing children home.

"A big part of the frustration was the confusion," Turner said.

The National Center for Missing and Exploited Children's Robert Lowery said that criteria is key to how the AMBER Alert system works.

"One, it has to be an abduction of a child under the age of 18. Second is that child's life must be in imminent danger of physical injury or death. And the third criteria: there has to be enough information to share with the public to aid in the recovery, the safe recovery of that child," Lowery said.

Additionally, information like a description of the abductor, the vehicle and license plate number, are all benchmarks that must meet strict AMBER Alert guidelines.

Turner was bewildered because he believed the children's mother, Catherine Hoggle, drove the children away in a vehicle that did meet the standard.

"So, if this is the criteria, it should have been issued immediately without me even having to ask for it," said Turner.

According to Lowery, however, it did not meet the guidelines because police had taken custody of the vehicle.

"We know for certain those children aren't in that automobile as an example of why an AMBER Alert probably wasn't issued in that particular case," he said.

Some experts have criticized the AMBER Alert system.

"The system is being oversold," said Timothy Griffin, a University of Nevada criminal justice professor.

Griffin has co-authored several studies on the AMBER Alert since 2003. He examined nearly 2,000 AMBER Alert cases.

As a result, he calls the system 'crime control theater,' because his research shows it only has a 20 percent success rate in finding missing children.

"In my view, the evidence is pretty overwhelming that the children who are rescued in these situations are not rescued from what you and I would consider life-threatening peril. In other words, AMBER Alert is not really saving lives as we hoped," Griffin said.

"And that's what we mean by 'crime control theater.' It's an attempt to make it look like we're doing something even though, I think the data are pretty clear, that it's not really doing that much in terms of saving lives."

NCMEC says out of some 2,200 AMBER Alerts, the program has safely recovered nearly 800 children since it began 20 years ago.

It's a voluntary partnership between local police, the media, state transportation departments and mobile phone providers. Each state has its own coordinator who makes the final decision whether an AMBER Alert is released.

"We don't want to desensitize the public because when we activate AMBER, it's an emergency circumstance," said Lowery.

"I'm not desensitized to a single one of those photos that shows up. Where do you draw the line and say this child doesn't deserve this tool in trying to be found?" said Turner, as he continues to search for his missing children.

"We always look to make the system more efficient," Lowery said. "Even though it has had some critics, it's been one of the most successful programs that we know of when it comes to locating our most critically missing children."