Breaking News
More () »
Back To School

On Monday, two Northern Virginia school districts announced mask mandates ahead of the return to classrooms. 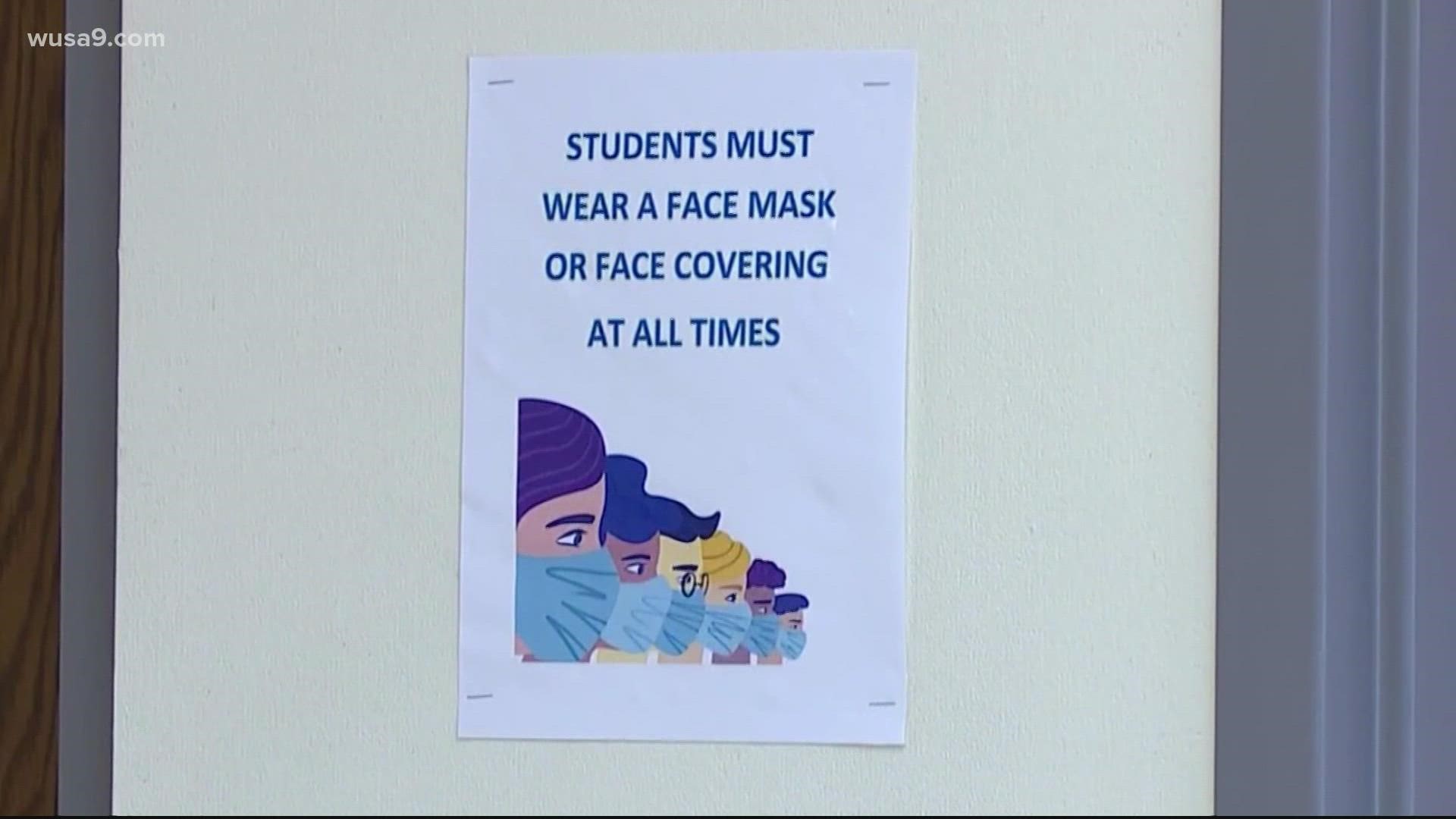 LOUDOUN COUNTY, Va. — As the start of the new school year moved closer on Monday, new mask mandates were announced at local districts to protect students and staff from COVID-19.

In Prince William County, the superintendent announced that anyone inside a public school will be required to wear a mask regardless of vaccination status.

In Loudoun County, a similar mask mandate was announced. Superintendent Scott Ziegler added that students at all grade levels will be able to take off their masks when outside, eating or taking part in physical education.

With the start of school set for August 26 in Loudoun County, parents who spoke to WUSA9 on Monday voiced support for the mask decision.

"My ninth grader has said she’s happy they get to wear masks. It kind of takes the pressure off that teenage look," said Sunny Troxell, a mother of two high school students. "I am confident in the schools, especially now that they have put out the mask mandate, that they are going to do everything that they can to follow the guidelines and keep kids safe."

The Centers for Disease Control and Prevention (CDC) and the Virginia Department of Health (VDH) both recommend universal mask wearing for students who attend in-person learning.

On Monday, Troxell said her biggest concern with the return to classrooms was other students not wearing masks since their parents may say they don't need to.

"Parents suggesting that children not follow these rules, I’m a little more concerned about that than I am the Delta variant," she said.

Teachers who spoke to WUSA9 echoed the same concerns and worried about what might happen if students don't follow the mask mandates.

"I know that we have a vocal parent contigent saying they don't want kids wearing masks," said Lake Braddock Secondary School teacher David Walrod. "I'm afraid kids hearing that message from their parents and then deciding, 'Well, my parents don't want me to wear a mask so I'm going to listen to what they say.' I'm concerned about those power struggles."

For others, the lack of social distancing at times of the day raised concerns.

Daniel Bradley, whose daughter attends West Springfield Elementary School, worried about the potential spread of the virus when students remove their masks for lunch in the cafeteria.

"Kids have their masks off. Kids are eating, talking, drinking unmasked," he said. "When you don’t have that distance in between them, if there is one child with the Delta variant or any variant of COVID, it can spread through an entire classroom or entire lunchroom.”

According to the Fairfax County Public Schools website, masks will be required when not actively eating or drinking. The website also points to how the CDC recommends social distancing "to the extent possible" while masks are removed.