By using what's called a "ranked-choice" voting system, the nominee that manages to pull of the most consensus -- instead of a simple plurality --becomes the winner. 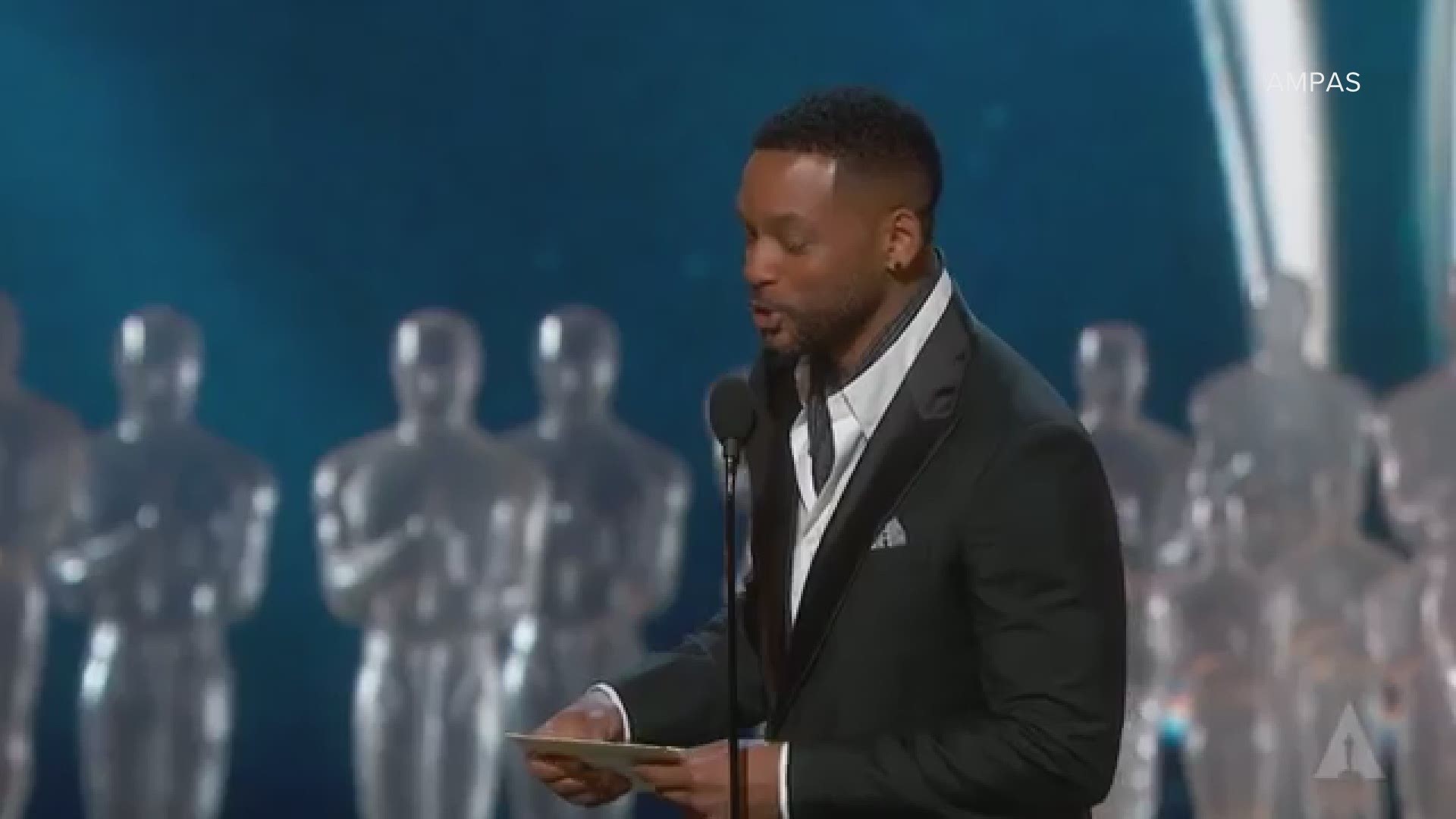 WASHINGTON — “And the Oscar goes to…” is the phrase that crowns a winner each awards season in Hollywood. Now, the methodology behind how that award is determined could also be sweeping its way into voting booths nationwide.

For context, since 2010, the Academy Awards have had up to 10 Best Pictures nominees. A winner is picked by what’s called a "preferential ballot." This ranked-choice voting system is meant to reward the thing with the most consensus, instead of a simple plurality.

Credit: Gio Insignares
In a plurality vote, Joker would be the winner of this group. But with ranked-choice voting, there's the possibility of the other two jumping to the top.

If a nominee through this ranked-choice system gets more than 50% of the first-place votes after initial voting, it wins. However, if no nominee reaches that mark, the film with the fewest first-place votes is eliminated, and its ballots are re-distributed to the second-place choice.

This process of elimination and re-distribution goes on until one film reaches at least 50% of first-place votes.

Now take that concept and apply it to politics.

The 2020 election cycle is in full swing and this same voting system is already used statewide in Maine. Additionally, more than 20 other states are adopting it in federal, state or local elections, and six states plan to use it for their 2020 democratic primaries or caucuses.

The way ranked-choice voting works in the primaries is only slightly different than the Academy Awards.

Voters rank their candidates in order of choice. If any candidates earn less than 15% of the vote --  which is the threshold set by the Democratic National Committee for earning delegates -- the candidate with the fewest votes is eliminated. Then those voters have their ballots count for their second choice.

Credit: Gio Insignares
In a ranked-choice voting system, if any candidates earn less than 15% of the vote, the candidate with the fewest votes is eliminated. Then those voters have their ballots count for their second choice.

This process continues until all active candidates have at least 15% of votes. Once that happens, delegates are proportionally distributed.

The idea behind adopting ranked-choice voting as a nationwide initiative is still up for debate. In September 2019, a dozen U.S. representatives introduced the Ranked Choice Voting Act, which, if passed, would require states to adopt ranked-choice voting for congressional elections starting in 2022.

The bill currently does not have enough votes to get past the House of Representatives.

However, the influence and potential impact of ranked-choice voting can already be seen in samples across the country. In a national poll released in January 2020, former Vice President Joe Biden was the top choice for Democratic primary voters, followed by Senators Bernie Sanders and Elizabeth Warren.

This poll, though, showed Warren as the top second choice among Democratic voters, and matched Sanders in support when combining first and second choices.

Going further back, an online national poll conducted in fall 2019 by FairVote (a nonpartisan organization advocating for electoral reform) and YouGov (a British analytics and research firm), showed a ranked-choice simulation of the democratic primary.

Biden initially led the way with 27.42% of the vote, followed by Warren and Sanders. After incorporating the ranked-choice methodology, the results showed Warren edging out Biden with 53% of the vote to his 47%.

RELATED: The Oscars won't have a host for the second straight year

Sign up for the Get Up DC newsletter: Your forecast. Your commut