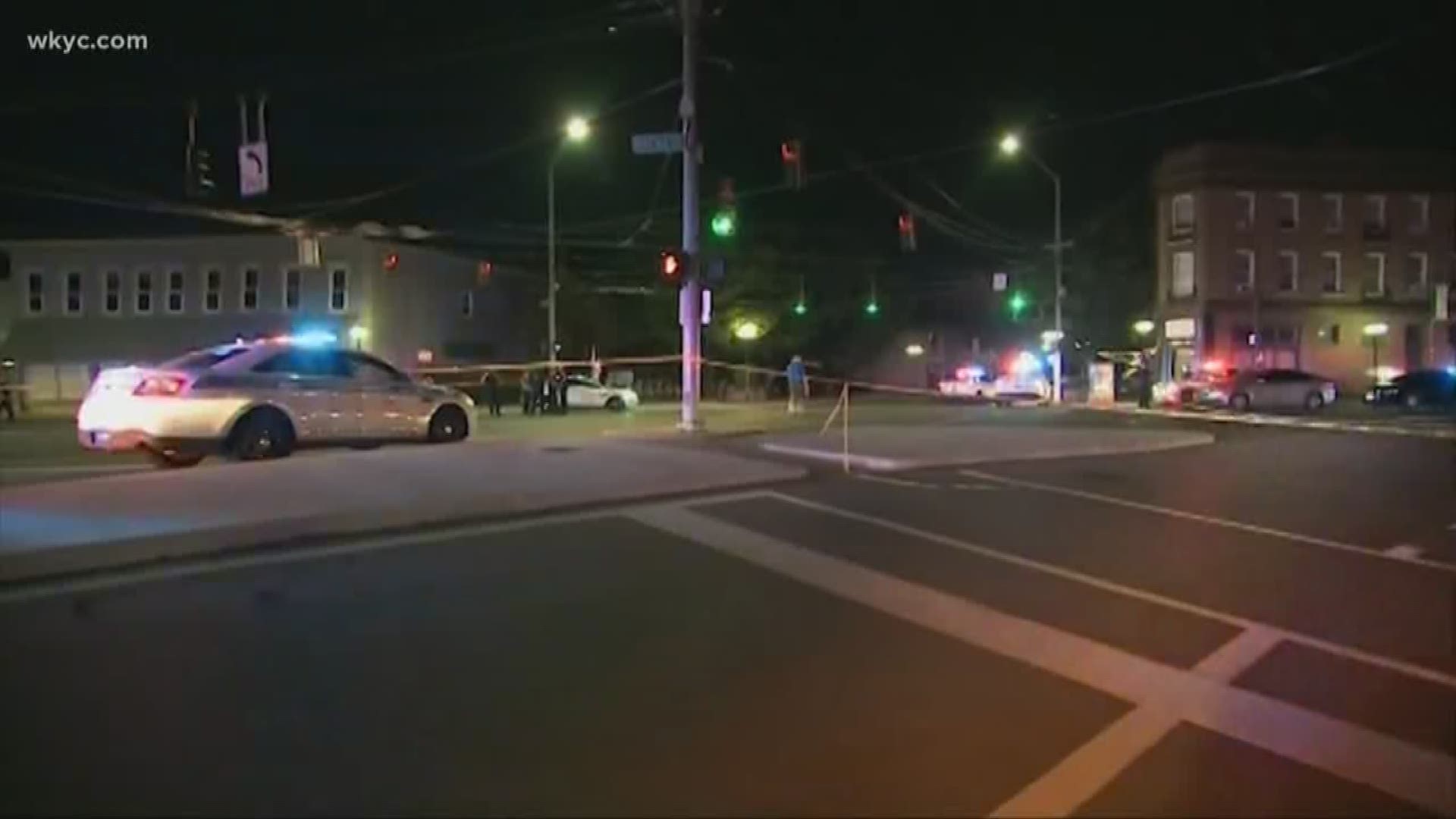 Nine people are dead and 26 others are injured after deadly shooting in Dayton early Sunday morning.

The shooting comes on the heels of a deadly shooting in El Paso, Texas that claimed the lives of 20 people and injured 26 others.

President Trump says the FBI is working with officials in Dayton to gather more information.

The shooting has promoted responses from several local lawmakers and government officials.

Governor Mike DeWine took to Twitter Sunday offering his assistant to Dayton Mayor Nan Whaley. His offices also issued a statement ordering all state flags at half mast in honor of the victims.

In a tweet, Senator Sherrod Brown called on politicians to take action regarding gun safety laws because “thoughts and prayers are not enough.”

RELATED: ‘Thoughts and prayers are not enough' | Ohio's Sherrod Brown, other senators call for action after Dayton mass shooting

Senator Rob Portman also weighed in on Twitter saying, "I went to bed with a heavy heart because of #ElPaso and woke up to the tragic news from #Dayton. These senseless acts of violence must stop."

U.S. Rep. and Democratic presidential candidate Tim Ryan also took to Twitter saying "These mass shooting in America have become the norm." He continued, "we can't continue to offer up the same condolences again and again."

Bishop Nelson Perez with the Catholic Diocese of Cleveland also offered his condolences to the family and loved ones of the victims of the Dayton shooting. The following statement was posted to their website.

"Just hours after we learned the details of the horrific shooting incident in El Paso, Texas we now mourn the loss of innocent lives in our home state, in the city of Dayton. Again and again we are stunned by this unthinkable violence and loss of life. We pray for our sisters and brothers in Dayton, for those who died, for those who were injured and their families. We remember those first responders who bravely entered into harm’s way to protect others.

"I add my voice to those of Cardinal Daniel DiNardo, President of the United States Conference of Catholic Bishops (USCCB) and Bishop Frank Dewane, Chairman of the USCCB’s Committee on Domestic justice and Human Development who point out that 'the plague that gun violence has become continues unchecked and spreads across our country. Something remains fundamentally evil in our society when locations where people congregate to engage in the everyday activities of life can, without warning, become scenes of violence and contempt for human life.'

"Things must change. Once again, we call for effective legislation that addresses why these unimaginable and repeated occurrences of murderous gun violence continue to take place in our communities. As people of faith, we continue to pray for all the victims, and for healing in all these stricken communities. But action is also needed to end these abhorrent acts."

"Today is a day of sorrow and grief. Darlene and I are praying for the victims and their families. I am grateful for the first responders who acted swiftly to de-escalate the situation – they are true heroes. The resources of my office, including BCI and victim services, stand ready to assist the city of Dayton."

Cleveland Mayor, Frank Jackson also issued a statement on both the shootings in Dayton and in El Paso, Texas:

“We condemn the senseless acts of gun violence which struck the Dayton, Ohio and El Paso, Texas communities in the past 24 hours. These communities and their families have our prayers and support in this difficult time. Together, we must all work to end crimes like these.”

U.S. Rep. Mike Turner, whose district includes Dayton, posted to Facebook sharing that his daughter and a friend were near the area at the time of the shooting. He thank the applauded the bravery to the police department and first responders.

U.S. Rep. Marcia Fudge stated her belief that it is "beyond time for our leaders to do what is necessary to enact laws that keep guns out of the hands of people wishing to do harm."

U.S. Rep. Jim Jordan stated, "There is no place in America for hatred," adding his hopes that the nation will "stand united in condemning this evil."

U.S. Rep. Bill Johnson did not call for tougher gun legislation, but did go further than many of his GOP colleagues in calling the Dayton shooting "an act of domestic terrorism."

U.S. Rep. Dave Joyce wrote, "We must put aside partisan politics and come together as a nation to fight this senseless violence."

U.S. Rep. Anthony Gonzalez offered a prayer to "heal our country of whatever is infecting us at this moment and comfort the families and communities so deeply effected by these tragedies."

Police believe there was only one shooter, and have not yet determined a motive.