Video: Moments that led up to officer-involved shooting in Southeast DC

The video from a WUSA9 viewer shows the moment a gunman came out and opened fire on a group of officers who were scrambling for cover. 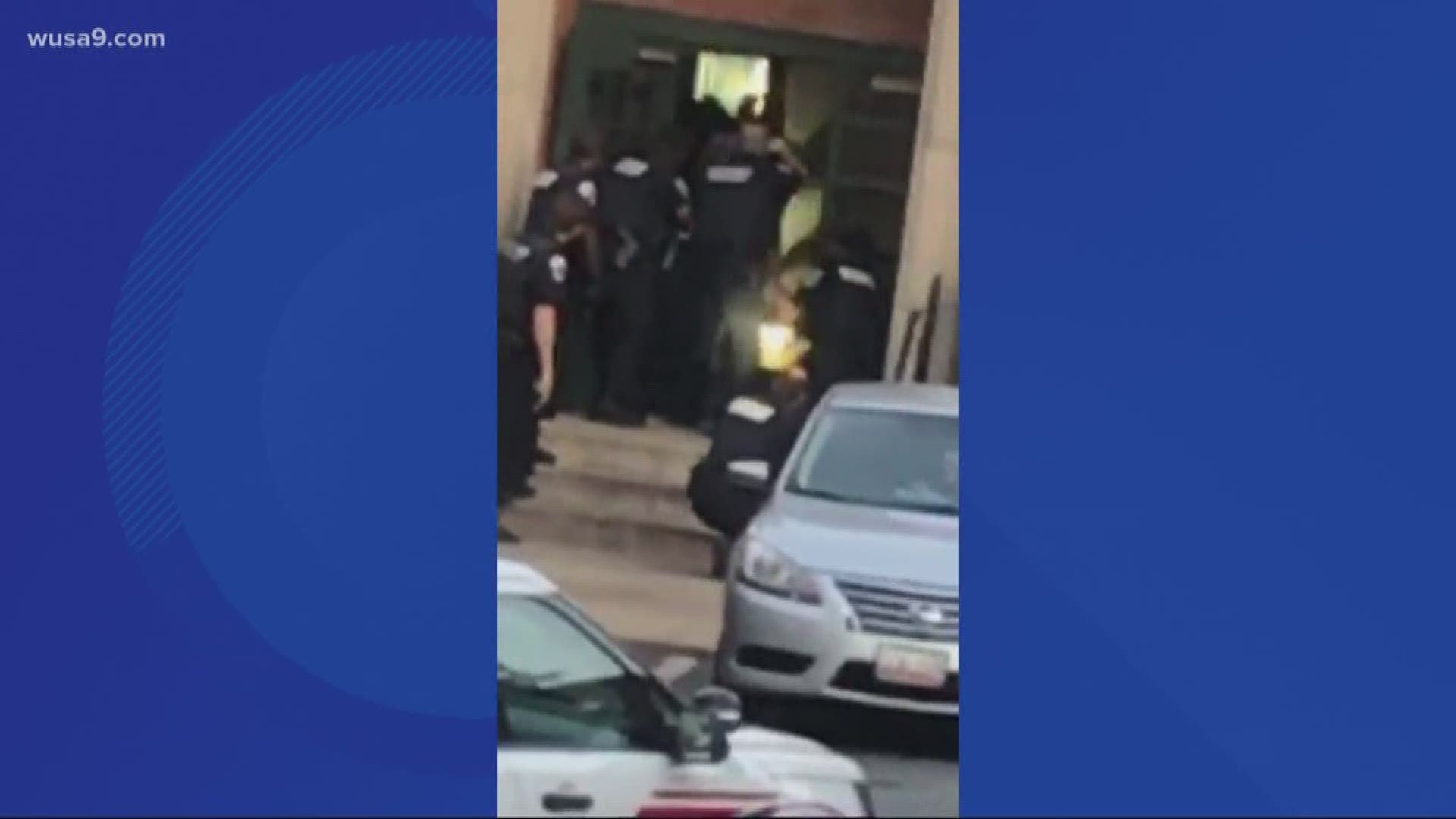 The images from a WUSA9 viewer are from a shooting on Savannah Terrace Southeast Monday night. They show the officers scrambling for cover, the suspect opening fire, one officer hit and the suspect killed.

Some of it's hard to watch, and we've edited out the moments after the gunman was shot. But we've been talking to police experts and to family members about what we can learn from it.

The officers were responding to a 9-1-1 call for gunfire inside an apartment building. Eric Carter, 53, had already shot and fatally wounded his brother Alphonso in his mother's apartment.

In the video you can see the officers scrambling for some kind of cover before gunfire breaks out.

RELATED: Man shoots at DC officers then hides in the woods

"When you got out on calls like this Bruce, it's the unknown," retired D.C. police officer Mike Brooks said, who responded to lots of incidents like this during 26 years in the Metropolitan Police Department, including 15 on the Emergency Response Team.

The officers are moving around, trying to line up so they have some protection. But at the same time position themselves to shoot back if they have to.

"That is the classic fatal funnel," Brooks said. "Because they really don't know what is going to be on the other side of that door ... You can see one officer in the video, and he's down low, trying to make himself as small a target as possible, but they're trying to see what's going on inside of that apartment building."

One officer was hit and injured, but saved by his protective vest. Eric Carter was killed.

***Note: The following video is graphic in nature and may be considered offensive by some.*** 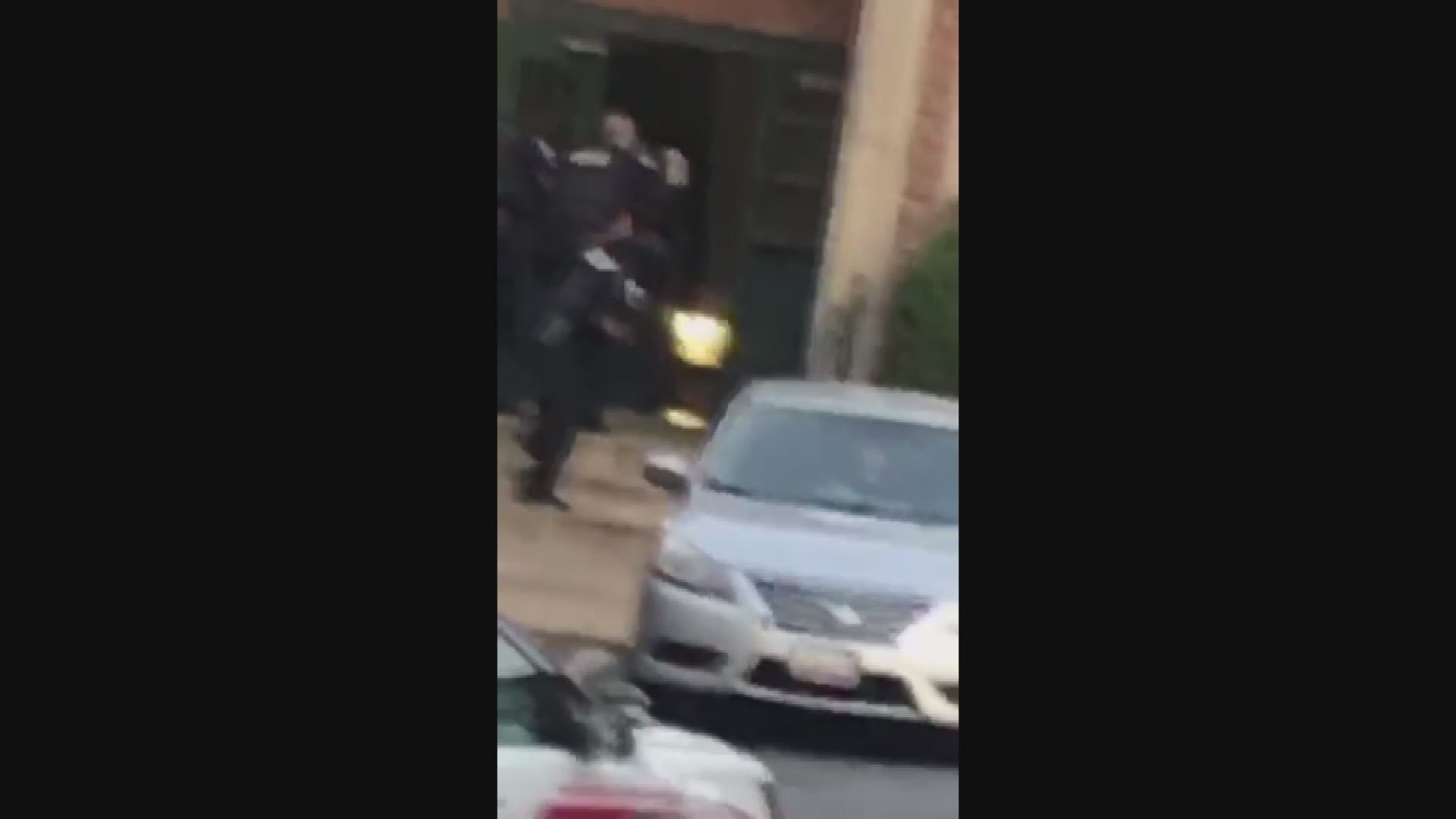 At the scene, Renee Carter, the sister of both the shooter and the victim, was distraught about her other brother, Alphonso, who lay dying inside from the earlier gunfire that had alerted police to trouble.

"We want to know when you're going to put him in the paramedic," she said. "What are his vital signs? They're playing chess. We're playing life. Find out what's happening with my brother."

A police report released said the incident started at 6:58 p.m., but Alphonso Carter was not declared dead until 9:35 p.m., two-and-a-half hours later.

Brooks said the commanders on scene did the right thing by waiting that long to go inside.

"You already had one officer who was shot," he said. You had a shooter outside who was down, and you don't know what else, what other threat is inside that apartment building. That's why they were smart, to declare a hostage situation and have the ERT come in."

Renee Carter said if this was an active shooter, police wouldn't have waited, they would have raced in and maybe saved Alphonso, who had been left for dead by his brother.

But Brooks said there's a big difference between a barricade like this and an active shooter scene. Police had what turned out to be false reports of a second gunman, but he was not actively shooting people. And in that scenario, police said they had to secure the perimeter and wait for the team that's trained and equipped to deal with the deadliest, most dangerous scenes.