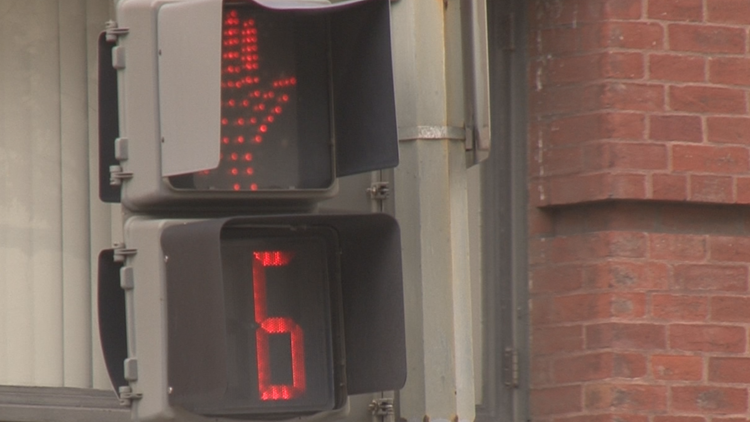 Photo by: WUSA9
November is the riskiest time for pedestrians, according to a campaign to keep them safe.

It’s the most dangerous time of year for pedestrians in our area. Here’s what you can do

"It’s the most dangerous time of the year," Michael Farrell of the Metropolitan Washington Council of Governments said. He manages the group’s Street Smart campaign, which is ramping up to remind the public of the risks when clocks fall back one hour on Sunday.

"There are more hours of darkness and the weather is good," Farrell said. "They’re more likely to get hit."

Researchers tracked accident data across the D.C. region. They found that in 2018, there were 292 pedestrian crashes in November-- more than any other month.

"This time of year is more dangerous," Farrell said.

Experts say if you are going to walk, do not wear dark clothing, and remember that a crosswalk is not a guarantee that you’ll be seen.

Pedestrian fatalities are going up, Farrell said, citing a 14% increase from 2017 to 2018. Farrell said that echoes national trends. Even though fatalities for drivers have gone down, fatalities and injuries for bicyclists and pedestrians continue to increase.

The Street Smart has posted video testimonials on its website of those whose lives were shattered by cars. Ads are about to start running on the backs of buses, at gas stations, and online. The hope is drivers will slow down, so those not behind the wheel aren’t the only ones at risk.

RELATED: Walking in Montgomery County can be dangerous. There's a push to make things safer

"The more time you spend looking down at the road, the more likely you are to kill someone else or yourself," Farrell said. "They need to look out for other people."