Officials have issued a mandatory evacuation order for residents of Dare County, Hyde County, and part of Currituck County ahead of Hurricane Dorian's arrival. 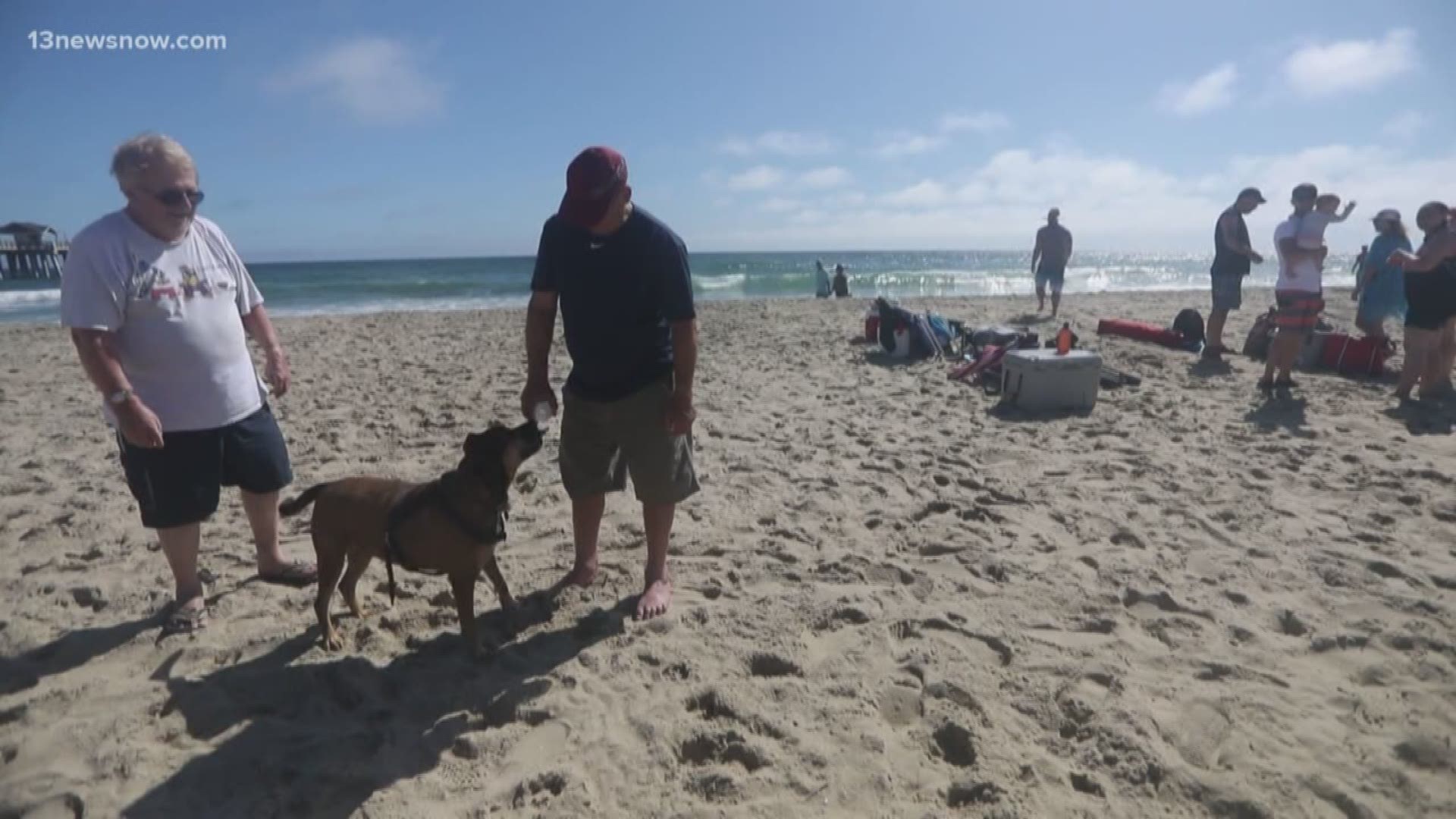 Mandatory evacuations have been issued for residents and visitors in parts of northeastern North Carolina and the Outer Banks as Hurricane Dorian barrels toward the area.

Effective immediately, residents in the following areas within Zone A in North Carolina are under a mandatory evacuation order. That includes areas south of the Elizabeth City Regional Airport in Pasquotank County, the Shiloh area and south of that area in Camden County and the Oxford Heights community in Elizabeth City.

Officials issued this order because weather conditions could mean that emergency services may not be able to respond.

Visitors will not be allowed into the Outer Banks during the evacuation.

In response to the evacuation orders, the City of Chesapeake will suspend tolling northbound (only) on the Route 168 Chesapeake Expressway, beginning noon Tuesday, September 3. Tolls will remain suspended until further notice.

Currituck County declared a State of Emergency beginning at noon Tuesday, and is ordering a mandatory evacuation of the Outer Banks communities of Corolla and Carova.

The evacuation for the two communities will begin Wednesday, September 4 at 8 a.m. Residents and property owners are asked to start preparing for Hurricane Dorian's arrival.

The county asks that residents and property owners make storm preparations on Tuesday ahead of the evacuation.

Anyone who may need Evacuation Assistance may call Currituck Emergency Management at 252-232-2115.

Vacationers planning to visit Currituck County this weekend should check with their property manager or rental companies to see if access to the Outer Banks will be available.

Residents must evacuate on Wednesday, Sept. 4 starting at 6 a.m.

Many tourists 13News Now spoke with tourists as they scrambled to figure out plans after the order Monday afternoon.

Some hotels had to cancel reservations, like the Seahorse Inn & Cottages in Nags Head.

“I had one guest who was from Barbados and it was hard for him, but safety’s always first," said manager Lalitkumar Mahale. "I had 25 reservations and I had to cancel all those reservations since this coming week was really busy."

Hyde County Emergency Services Department
A mandatory evacuation of Ocracoke visitors will begin at 5:00 AM on... Tuesday, September 3, 2019 and will expand to include Ocracoke residents and non-resident property owners on Wednesday, September 4, 2019 at 5:00 AM.

Some tourists say evacuating is no problem.

“It works for us because that’s when we were supposed to leave anyways,” said Malel Baucells.

Others told us it’s ruining a family trip, but safety comes first.

“Definitely a bummer when it’s such a gorgeous day like today,” said Jim Zottola.

His wife, Allie Zottola, said, “It’s a little scary thinking that something bad could happen.”

Donald Carr works at a waterside restaurant in Kill Devil Hills. He believes the mandatory evacuation will hurt business.

“It’s going to slow things down, but better safe than sorry,” said Carr.

Carr said he’s lived here for 40 years. “I’m probably going to hunker down with some ice-cold beer and some hot dogs and ride it out.”

Even with his decision to stay, he knows how important it is to get out of the way of a possible hurricane.

“If something goes wrong, we need fire trucks, EMT’s, nobody’s in the way and everybody can do their job, it’s just safer for everybody,” said Carr.

RELATED: Norfolk SPCA takes in 34 animals from South Carolina ahead of evacuation orders for Hurricane Dorian