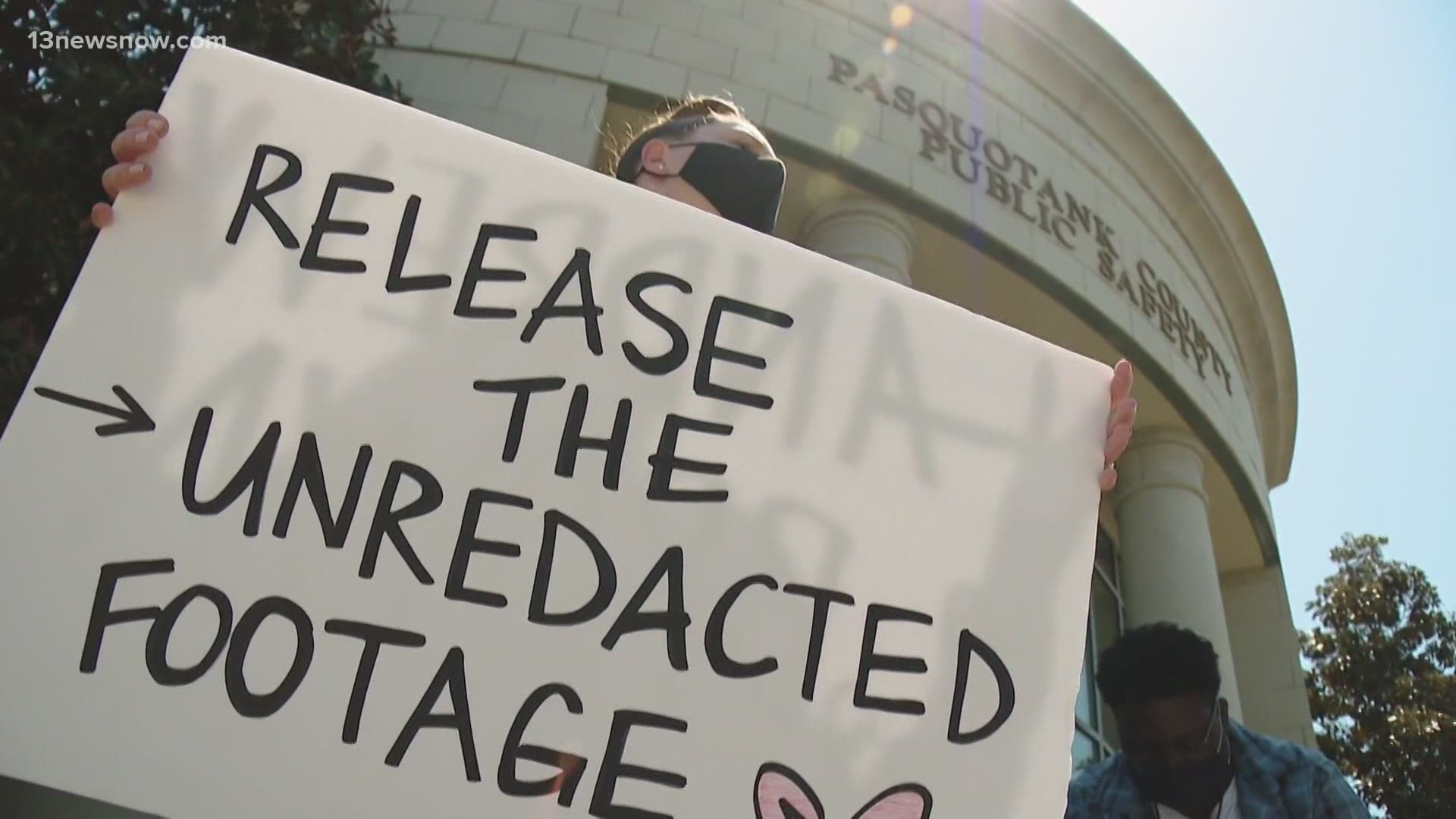 In a press conference Tuesday, justifying the shooting, Womble said Brown used his car as a “deadly weapon” and drove at deputies.

Brown family attorneys disagreed, saying he was not dangerous and he was killed while driving away from deputies whose lives weren’t threatened.

The FBI already announced a civil rights investigation. Protesters and attorneys for the Brown family called for the public release of the North Carolina SBI investigation files and all body camera videos after Womble's announcement.

Womble showed parts of body camera videos to explain his decision. They show deputies surrounded Andrew Brown in his car, then Brown backed away from deputies as they tried to open his car door.

Brown drove forward and turned left, as deputies stepped out of the way. Three deputies shot at least 14 times, mostly while Brown drove away and tried to escape.

“The officers' duties were to take Mr. Brown into custody, they simply couldn’t let him go," said Womble during the press conference.

These videos are still not public, and neither is the SBI report. After DA Womble's presentation, Pasquotank County Sheriff Tommy Wooten filed a new petition for the public release of the unredacted footage.

As of now, there’s no hearing set in Pasquotank County court for a judge to decide on the release of the body cam videos.

Sheriff Wooten said all deputies involved in the shooting will keep their jobs, but they will be disciplined and retrained.

“This was a terrible and tragic outcome and we could do better," he said. "Two deputies did not turn on their body cameras, that’s unacceptable and those deputies will be disciplined.

Wooten released parts of an internal investigation and an "outside expert" review.

He said he’ll now require written threat assessments before tactical operations and deputies should have had EMS crews nearby before they arrived.

“While it would not have saved Mr. Brown’s life based on his injuries, it’s something we could have done better," Wooten said. "The deputies will be disciplined for that decision.”

Brown family attorneys said Brown wasn’t a threat, but Womble said Brown’s car was a “deadly weapon” as soon as he decided to drive.

“When he did that, and he made that decision on his own, he placed their lives in danger," Womble said.