Darius wants to be a police officer one day and even has his own pair of blue handcuffs! 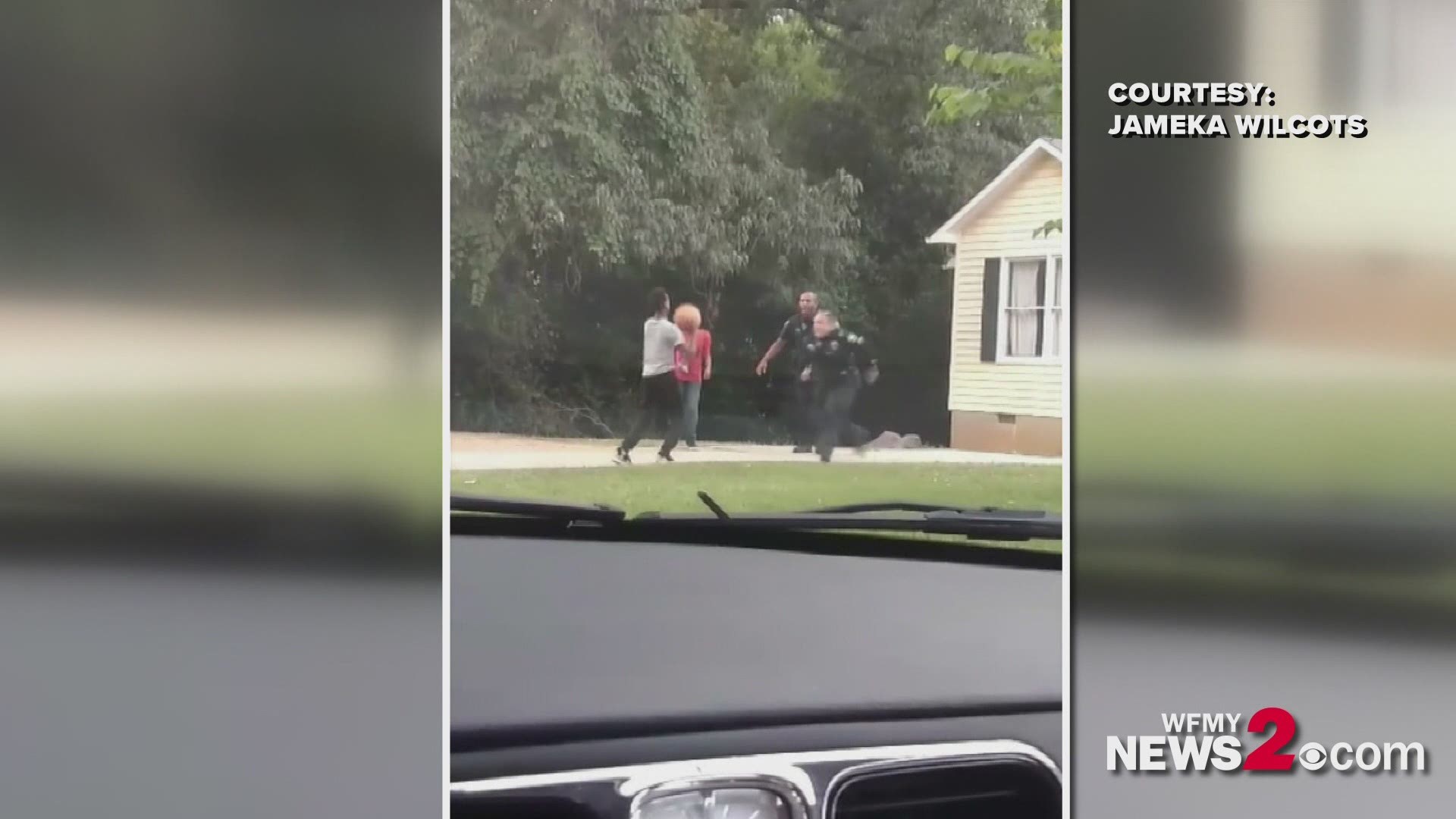 CHARLOTTE, N.C. — A North Carolina boy who wants to be a police officer one day already has some experience under his belt.

Charlotte-Mecklenburg Police Department posted photos on Facebook of a young man named Darius handcuffing one of their officers!

The post says CMPD Officers Jones and Costner responded to a disturbance call in a neighborhood, but were no longer needed when they arrived. They started walking back to their patrol cars when they were approached by Darius and his brother.

Charlotte-Mecklenburg Police Department
Officer Jones and Costner were recently sent out to a disturbance call in the Eastway Division. When they arrived, the caller said the individuals causing the disturbance had already left, and...

Darius told the officers he wanted to be a police officer when he grew up, and even showed them his very own pair of blue handcuffs.

Officer Jones told Darius he should arrest Officer Costner to get some practice for the job. So Darius did just that!

"Darius was so excited and happy! His attitude and kindness really made these officers' day. It's a simple call that turned into an opportunity that will make a lasting memory with Darius and his brother about police officers," CMPD wrote in the post.

Stories that will make you smile: