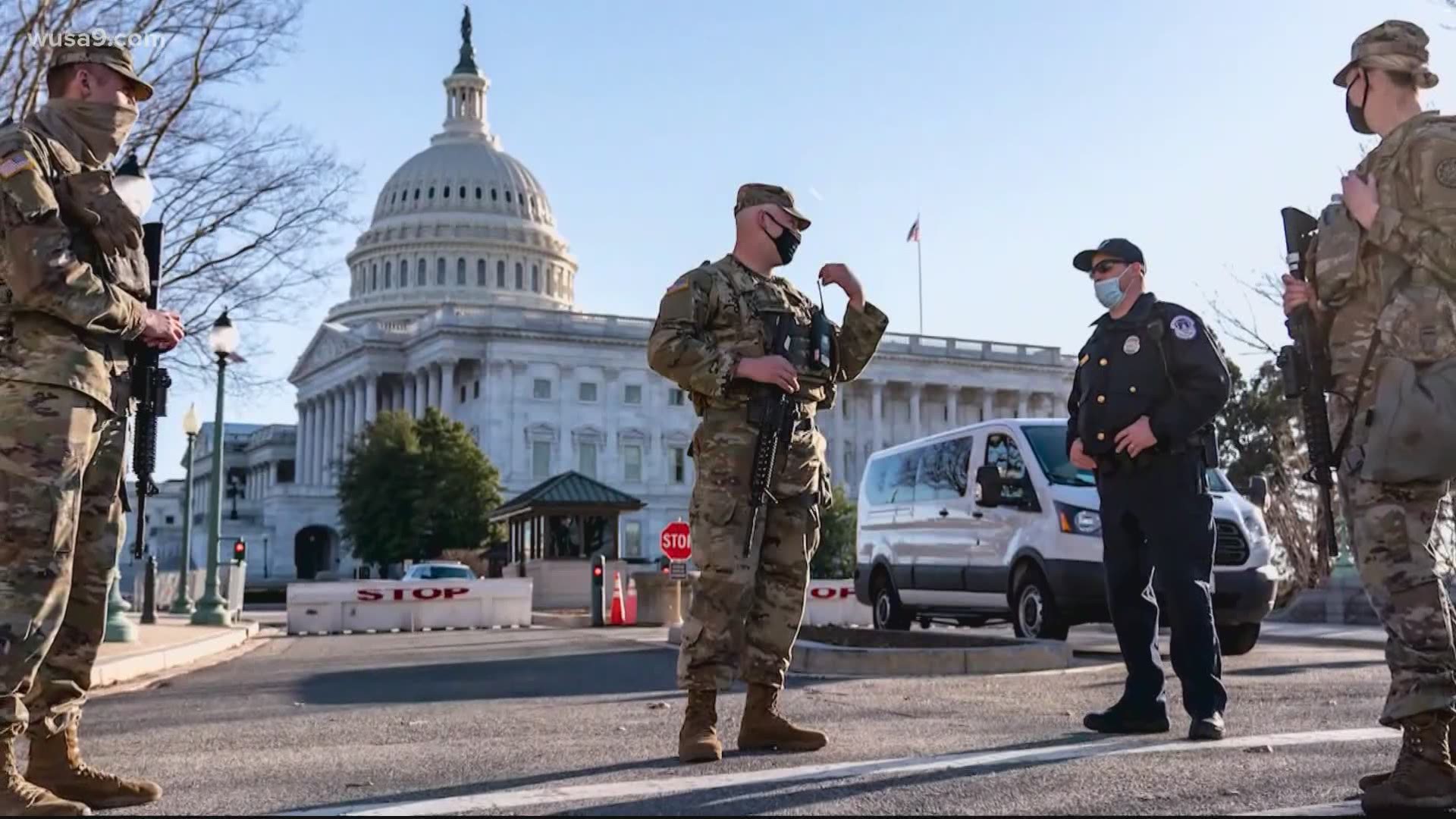 WASHINGTON — The fencing and razor wire were back at the Capitol Complex Thursday as armed National Guard Troops patrolled inside the perimeter. The additional security forces could be in DC for some time. Earlier Thursday, the U.S. Capitol Police requested troops remain in DC for another 60 days.

Just after noon, John Balazek, a Maryland man, was riding a motorcycle with a Chinese flag and an upside-down American flag, which is a sign of distress or danger. He was stopped by police at 3rd and Independence Avenue, SW.

He told officers, “Chairman Xi (China's President) sent me to protect the Capitol against the QAnon.”

After some discussion with police, Balazek said, “Yeah I made it up, pretty much made it all up.”

We spoke to John Balazek after the police stop.

“I hadn’t seen the razor wire and fences, so I figure I come down today and see it because they’re talking about it all the time,” explained Balazek, “I wasn’t really trying to give them (police) anything to be stopped for. I may have raised a little concern with them because they’re down here of course they’re waiting for the QAnon army to show up so I guess I might have freaked them out a little bit.”

Balazek was free to go but received the message that anything or anyone out of the ordinary will be stopped, a sign of heightened security as officers and armed National Guard troops react to the threat of a possible domestic terrorist attack between March 4-6 due to online chatter.

Congress received an Intelligence bulletin citing more violence with little or no warning, for this Thursday until Saturday. WUSA9 has learned top security officials are not expecting a huge mob like January’s insurrection, rather a smaller group of people moving under the radar.

“No police department in our area should go it alone,” said the Mayor, “and that’s our approach.”

The Mayor did say; however, she was expecting the additional National Guard forces to be gone by now.

“We don’t know why additional forces have been requested,” said the Mayor. 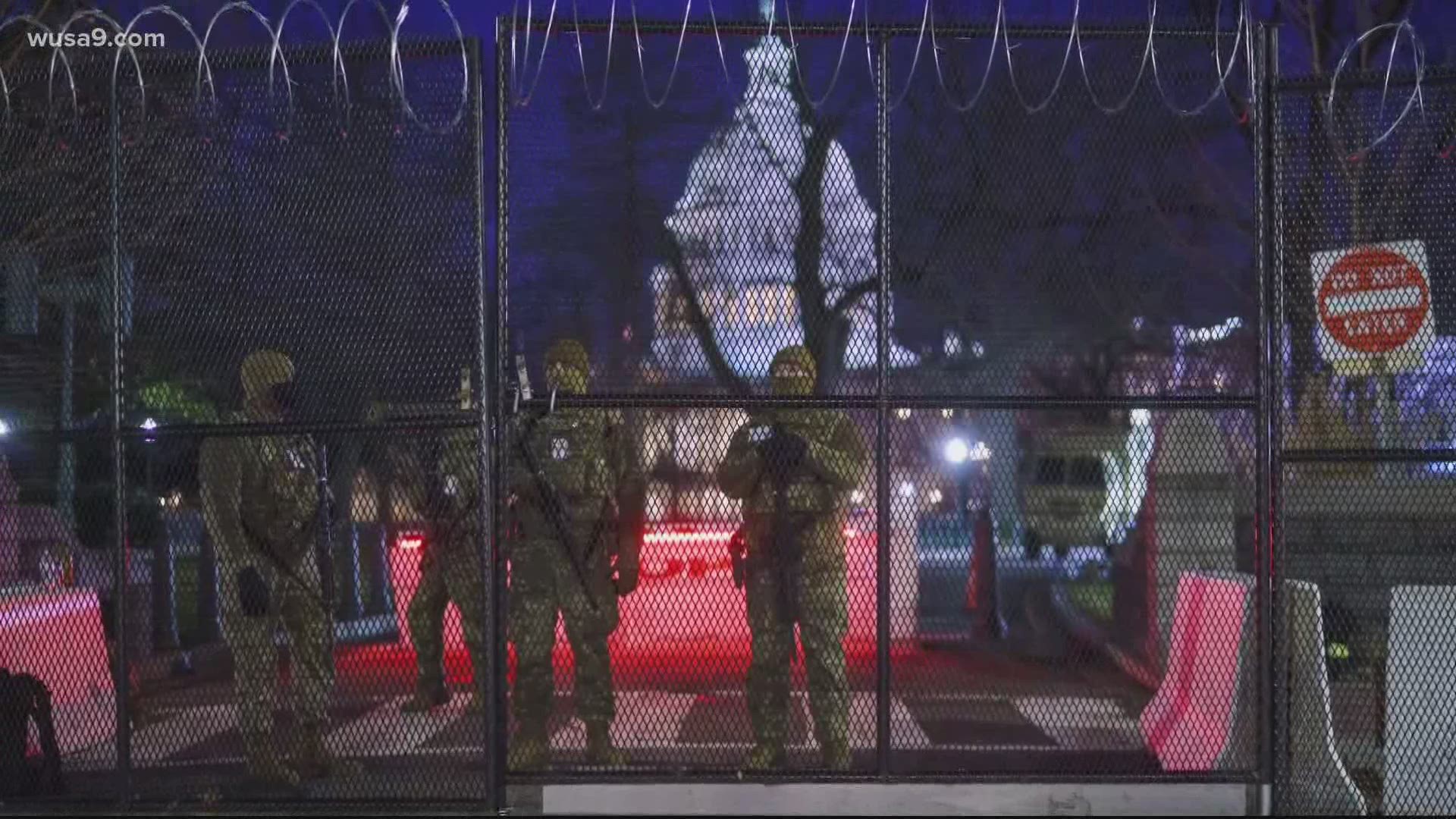