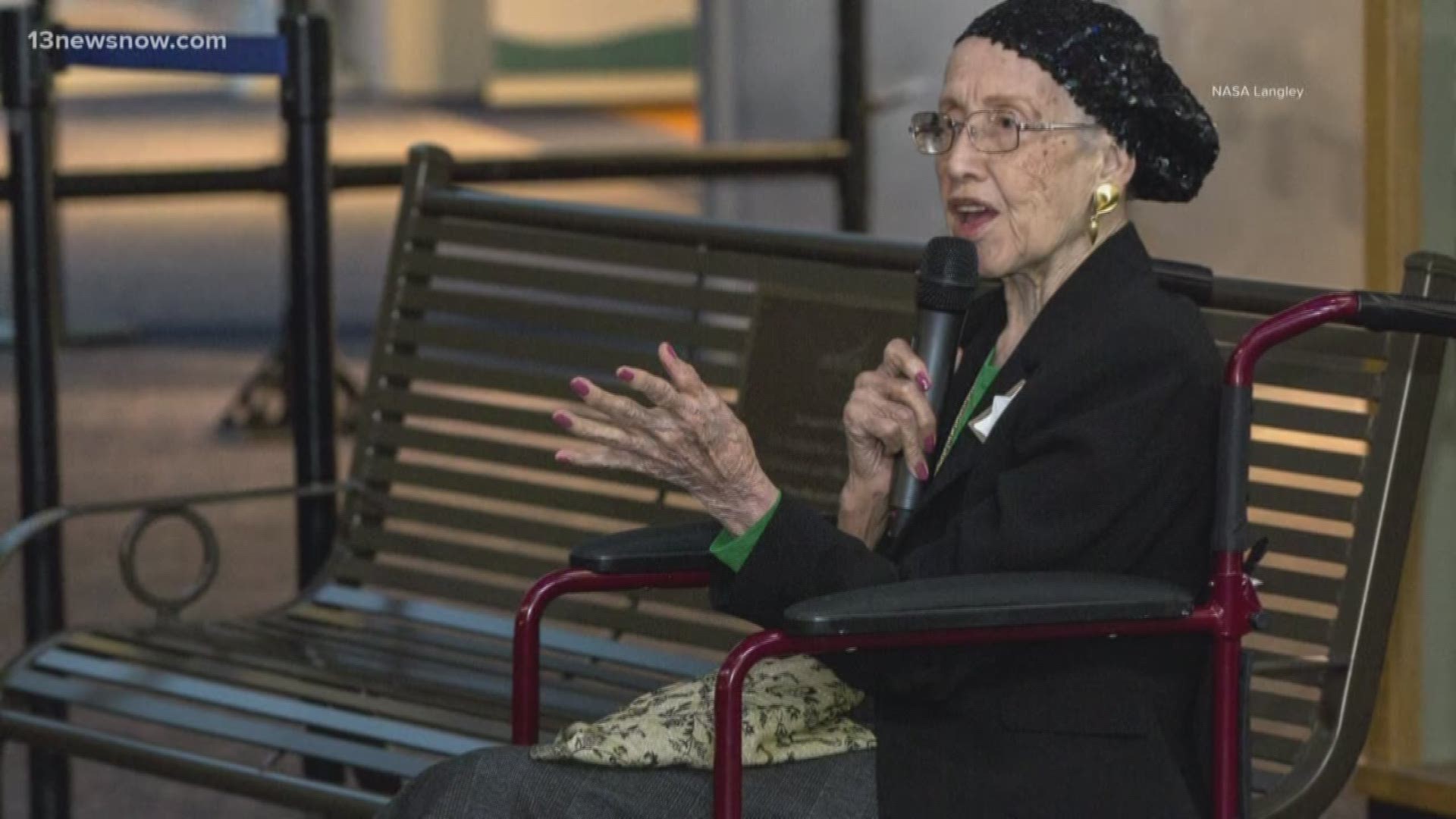 HAMPTON, Va. — Katherine Johnson, the civil rights icon who was famously known as the renowned "human-computer" for NASA, has passed away.

NASA Administrator Jim Bridenstine broke the news on Twitter, saying Johnson passed away Monday morning at the age of 101.

Johnson worked at NASA's Langley Research Center in Hampton for more than 30 years.

"She played critical roles. And we wouldn’t be where we are today with America’s space program if it wasn’t for Katherine Johnson," Wyman said.

"She didn’t just open the doors to space, she opened for women, she opened the door to people of color, and that’s really her legacy.”

She also calculated trajectories for the Apollo 11 moon landing and John Glenn’s Friendship 7 mission to orbit the earth, which was the focus of the Oscar-nominated film, Hidden Figures. The film also featured the work of other African-American NASA mathematicians, including Dorothy Vaughn and Mary Jackson.

In 2016, Langley officials dedicated and renamed a building in Johnson's honor.

Wyman said he’s met Johnson on several occasions, and there’s not a single person at Langley who isn’t inspired by her.

"It was always amazing that even in her advanced age, she was sharp as a tack," he said. "She was witty, she was funny, she was cracking jokes and she was telling stories. She was so humble and couldn’t believe that a building was being named after her. She never thought it would go that far."

Wyman said Johnson is a hero and pioneer.

"In the early days of computing, there wasn’t necessarily a lot of trust in computers. There’s a great story about John Glenn who when he was ready to orbit the earth, the computer printed out all the trajectories and all the calculations. He said, ‘Go get the girl. If she’s good with the numbers, I’m good with the numbers.’"

Johnson was awarded the Presidential Medal of Freedom in 2015 by President Barack Obama. In 2019, Senators Mark Warner and Tim Kaine awarded her the Congressional Gold Medal.

Several Virginia lawmakers, as well as cast members from Hidden Figures, are sending their condolences in light of Johnson's death:

“It is with deep sadness that I learned of the passing of Katherine Johnson, a truly brilliant mathematician and pioneer. She broke down barriers as one of the few African-American women mathematicians working at the Flight Dynamics and Control Division at NASA Langley. Her work helped put the first Americans in space and send the Apollo 11 astronauts to the moon, thereby helping the United States win the Space Race. While I knew Katherine Johnson and her family personally for many years, like so many Americans I never fully appreciated the work that she, Dorothy Vaughn, Mary Jackson, Christine Darden and the many other African American women at NASA trailblazed for so many until their untold story was revealed in Hidden Figures. Mrs. Johnson was a true American hero, and we were so proud to have her call Hampton Roads home. I want to send my deepest condolences to her family and friends, and to everyone who was inspired by her remarkable life and work.”

Katherine Johnson helped realize one of humankind’s oldest dreams—to reach the stars. Hidden no longer, she will be remembered for her contributions to math and science and forever stand as a role model for those whose talents are not fully recognized because of prejudice. I am deeply saddened to hear of her passing, and my condolences go out to her family, my fellow Virginians, the NASA community, and everyone else who held her as a hero.