People online are up-charging for the popular and limited 'Saturday Morning Marshmallow IPA.' Here's why you should stay away from buying the illegal distribution. 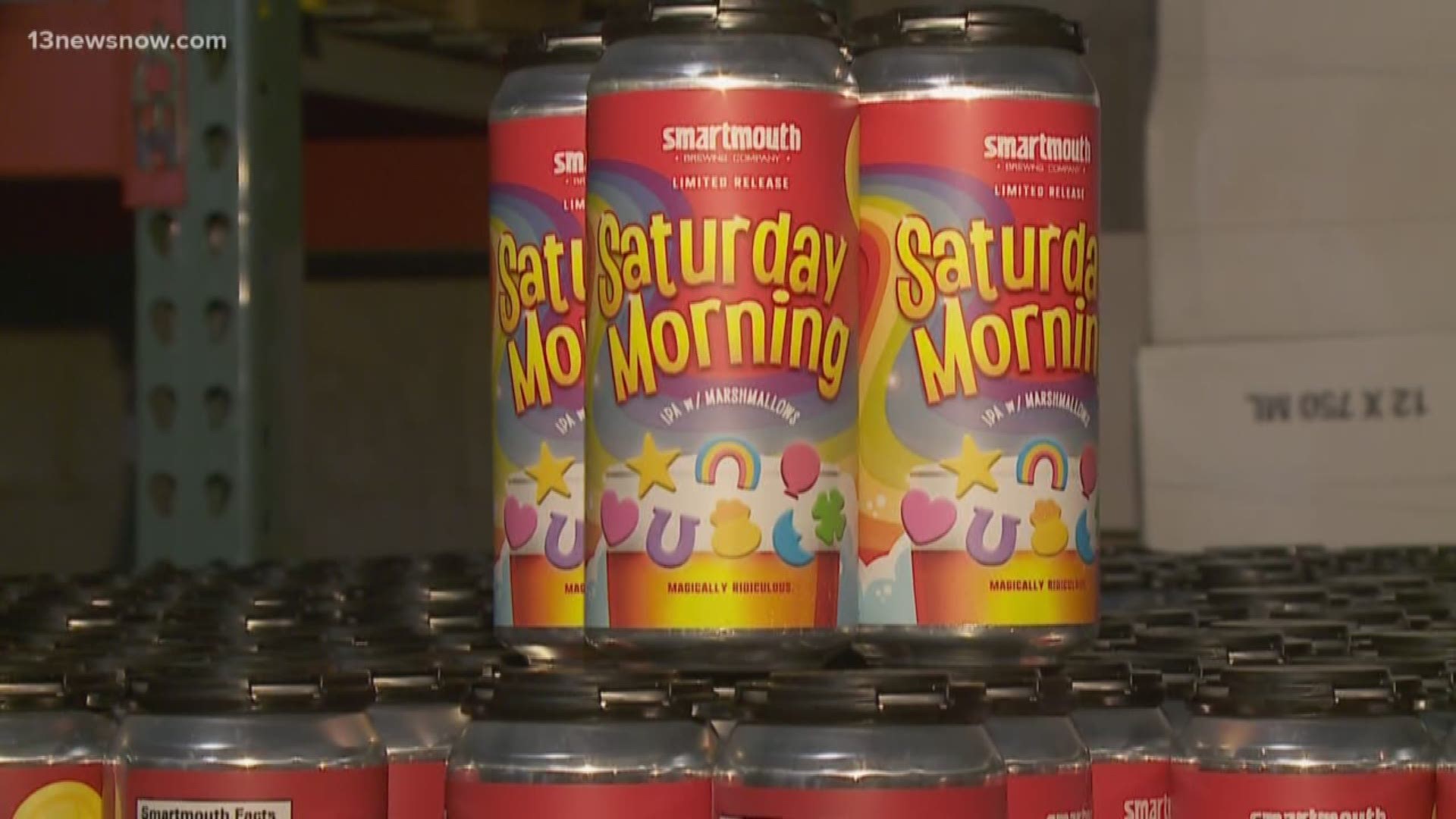 NORFOLK, Va. — A viral beer so popular, people are re-selling it.

Over the weekend, four packs of the Smartmouth Brewing Company's Marshmallow IPA sold out in just two hours.

People stood in line for hours on Saturday morning, hoping to buy the beer inspired by childhood cereal. The brewery limited each person to buying two four-packs per-person, at a price of $15.99 each.

Now people are re-selling what they bought online.

The Virginia Alcoholic Beverage Control Authority's senior special agent, David Huff said that's illegal for anyone without a proper license to do online or in person.

Still, he sees this kind of activity regularly.

"You know, anyone shouldn’t be surprised when you have something that is a rare commodity if you will.”

Smartmouth’s owner told us they’re limited with who and where they can sell because of their brewery license. That means they can only sell to people within the state, or directly through a distributor and not a retailer.

Huff said the penalties for those who decide to go around the rules and sell the beer themselves will depend on each scenario.

“If at all possible, we’d prefer to educate somebody that what they’re doing is a violation of the law,” said Huff. However, “it is a class-one misdemeanor in the Commonwealth of Virginia to sell alcoholic beverages without a license.”

Even though you could get a warning or misdemeanor, across state lines you could end up charged with a federal crime.

Not only is the seller in trouble, but the buyer is at risk too.

So, Huff leaves everyone with this advice: "Buyer beware. Persons who are purchasing alcohol in the Commonwealth -- or anywhere for that matter -- [must] do so from a licensed business.”