The Jaeger Foundation raises money to provide service dogs to veterans who are suffering from PTSD. 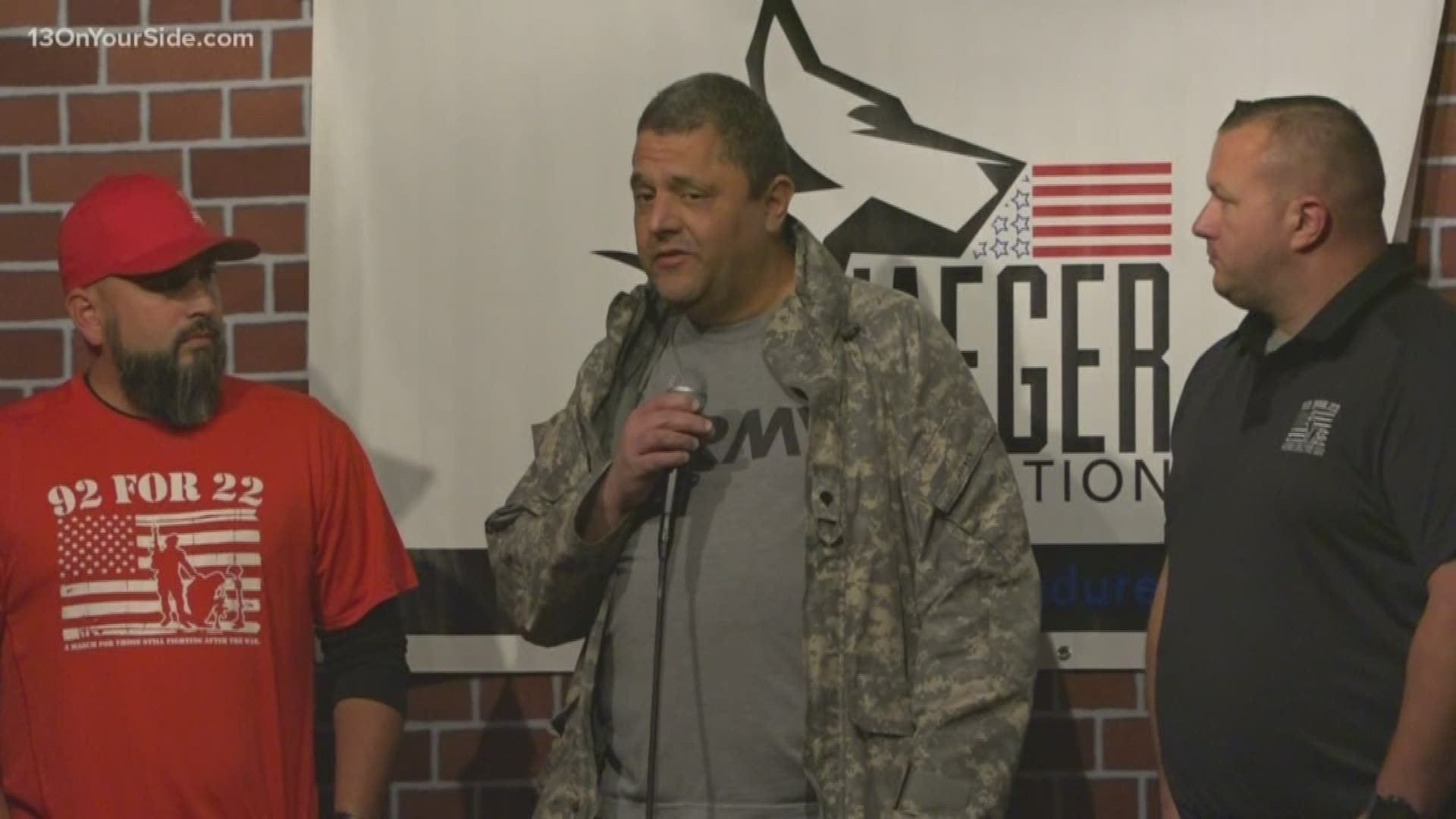 MUSKEGON, Mich. — A Muskegon-based nonprofit hosted a comedy show Friday night to raise money for their foundation which provides service dogs to veterans in need.

Eight comedians took the stage at the Back Alley Comedy Club to compete for bragging rights, while attendees enjoyed themselves through comedic relief and knowing that their donations will give back to veterans. The funds raised through a silent auction and raffle items will help pay to provide service dogs to veterans who are suffering from post-traumatic stress disorder (PTSD) and other disabilities.

The Jaeger Foundation trains and pays for service dogs so veterans don't have to.

"The last thing [veterans] should have to worry about is actually paying [for the dog]," said Vice President Kaylon Pendleton in the Facebook live.

The cost is so high because service dogs are trained to know how to do more than fetch and roll over. They help their owner physically and mentally such as retrieving medicine for them, helping them go up ramps if they are handicapped, and possibly their most important job of all - helping to heal the veteran's "unseen scars," Pendleton said.

The dogs are trained to notice changes in their owner's body language and to alleviate their emotional pain by pressing on their chest or kissing them to get the veteran out of their negative mindset, according to Pendleton.

Jonathon Jacobs, the president of the organization and a military veteran said his dog, Jaeger - whom the foundation is named after - has helped him to become a lot more independent.

"I'm able to go out in public places more with a lot of people. I wouldn't be here if it wasn't for him," Jacobs said.

That's why the foundation's goal is to help veterans in need get their dogs as soon as possible and without being burdened by the cost.

"We're a grant foundation. We raise the money for the dogs, we pay the breeder, and they ship [the dog] to us. We get them trained and paid for," Pendleton said in the Facebook live video.

They also ensure the trainer's credibility so the veterans aren't taken advantage of.

More veteran-related stories on 13 ON YOUR SIDE: