More than 50 cars pileup from I-68 crash due to fog, causing traffic delays

Maryland State Police said the accident on Sunday was due to fog, and that there were 58 cars involved in 29 separate collisions. Roads have since been reopened. 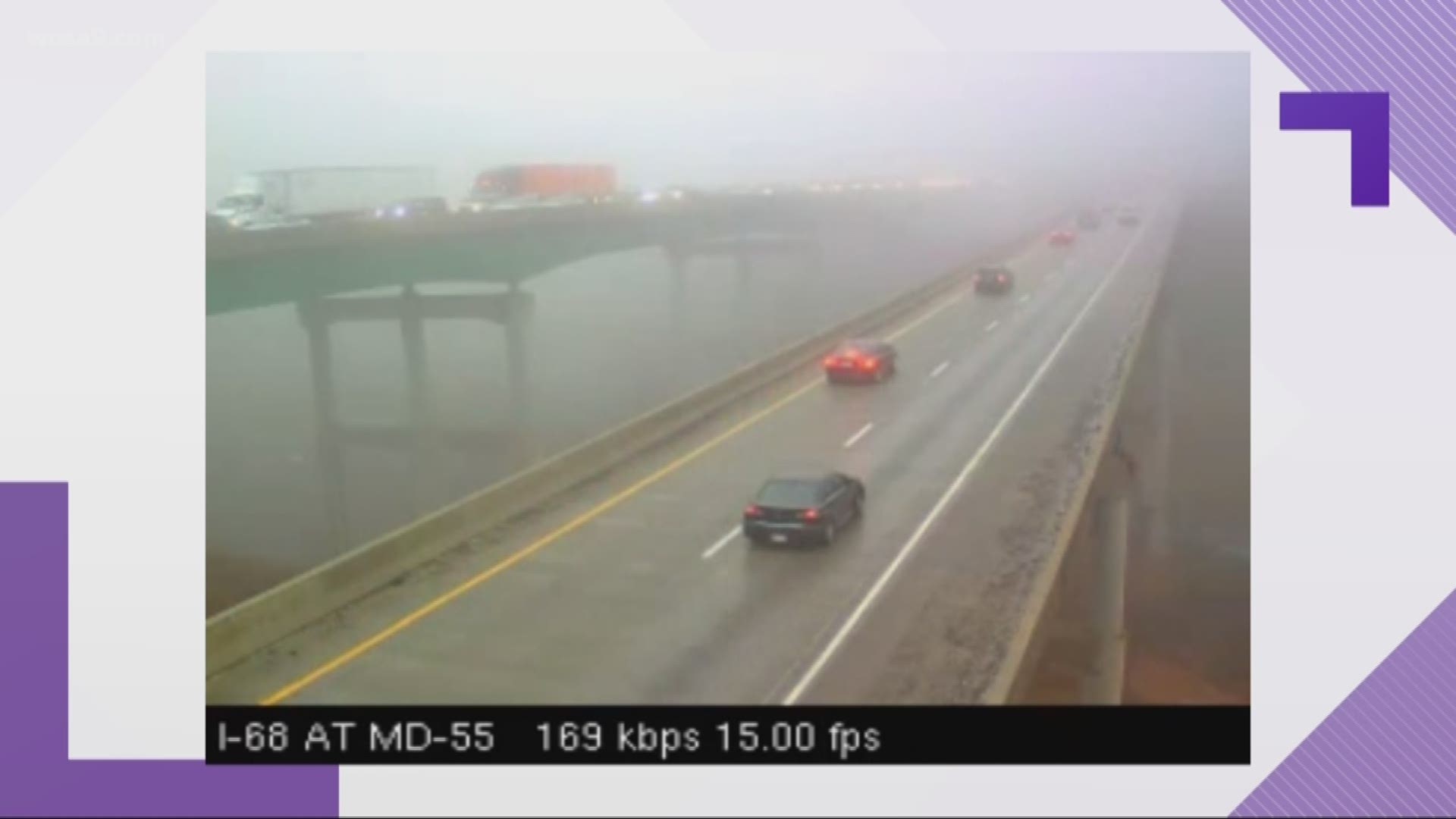 WASHINGTON — A car crash on the I-68 caused more than 25 cars to pile up on Sunday, Maryland State Police confirmed. MSP confirmed that the cause behind the crash was due to fog and limited visibility.

Initial reports from traffic officials estimated 25-40 cars involved in the pileup, but MSP later confirmed that 58 cars were involved in 29 separate collisions.

The crashes backed up traffic for 5-6 to miles.  According to authorities, the first crash happened around mile marker 29 near Frostburg, and left westbound lanes blocked off. Police are still investigating to see if there were additional reasons behind the initial collision beyond low visibility and fog.

Authorities said that 10 people were taken to the Western Maryland Health System in Cumberland, Maryland but all sustained non-life-threatening injuries.

RELATED: Pedestrian dies after hit-and-run on U Street

The blocked off road caused severe delays to many who were on weekend commutes in and out of Maryland.

One Twitter user by the name of Dalton said his commute to Morgantown, West Virginia was one of those that was severely impacted.

"What should have been a 2.5 hour trip ended up being more than five," he said.

Roads opened up shortly before 5 p.m., according to transit authorities. They have since opened back up.

RELATED: Debris on roadway injures driver on outer loop I-495 near Rockville Pike

RELATED: Holiday traffic isn't over yet. Here are the spots to avoid for your holiday commute