The laws will loosen the restrictions which prevented more people carrying guns in schools, churches and natural disasters. 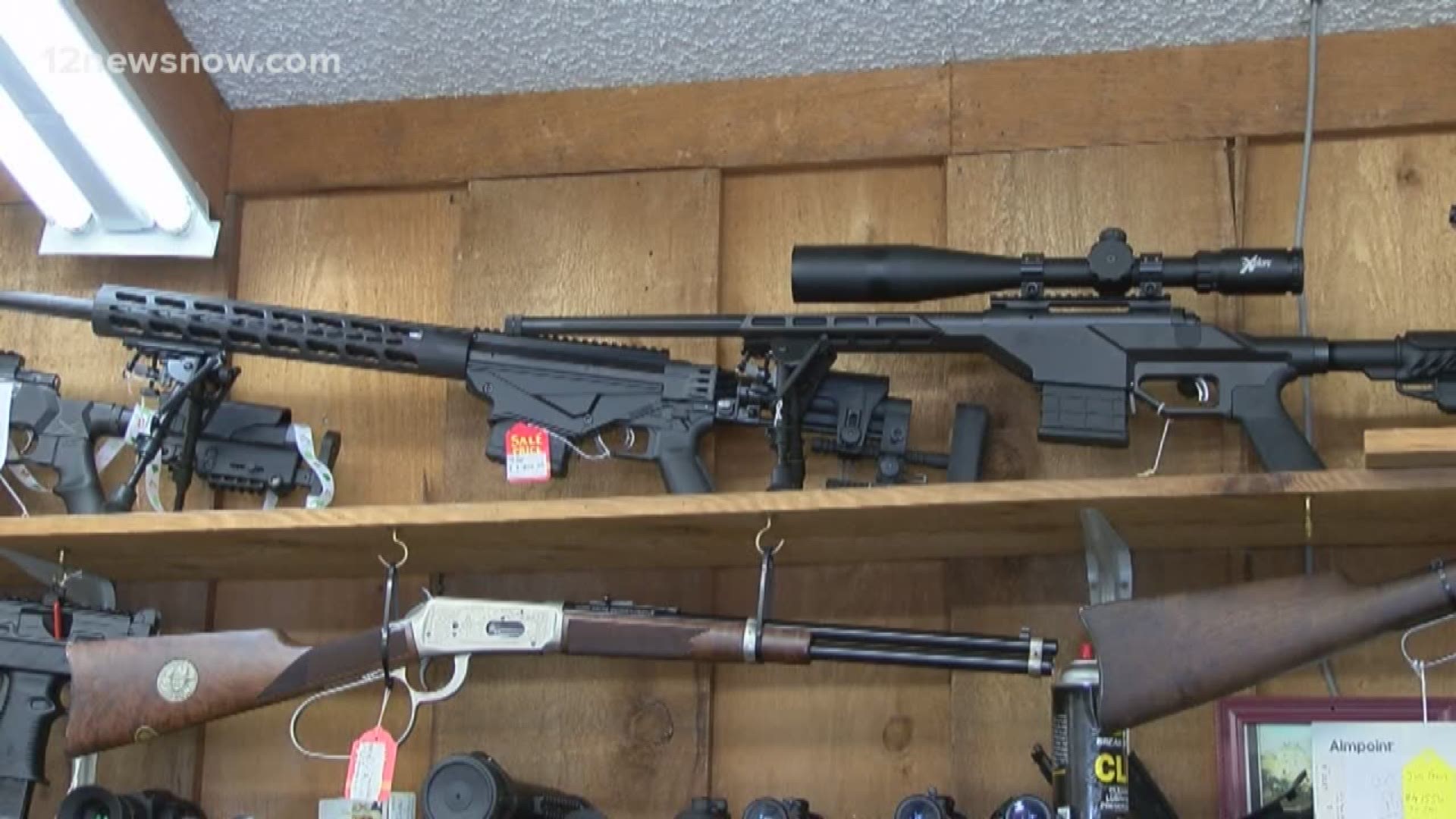 BEAUMONT, Texas — Hours after the a West Texas mass shooting that killed 7 and more than 20 were injured, several new gun laws went into effect across the state of Texas, following the 2019 legislative session.

Doc Watson is a firearm instructor here in Southeast Texas and says he believes folks are at a disadvantage when laws restrict gun owners.

"I'm an advocate for exercising all constitutional rights," Watson said. "Common sense says that bad guys just don't pick and choose where they're going to prey upon a citizen that legally carries."

Eight new gun laws go into effect Sunday, September 1 for the state.The laws will loosen restrictions related to guns in churches, on school grounds, and during natural disasters.

With Senate Bill 535, licensed gun owners can now carry a concealed weapon inside a church as long as the church allows it. House Bill 1387 allows more school marshals to carry firearms on schools grounds.

House Bill 1143 lets licensed gun owners have gun inside a locked car in the parking lot of a school -- as long as the gun is not in plain sight.

While it remains to be seen what impact these laws will have, Watson's mind is made up.

"It's unwise to restrict those people from carrying their handguns for their self defense, when bad guys are going to ignore all the laws," Watson said.