A local mom trains barbers and stylist to go a cut above for people with special needs. 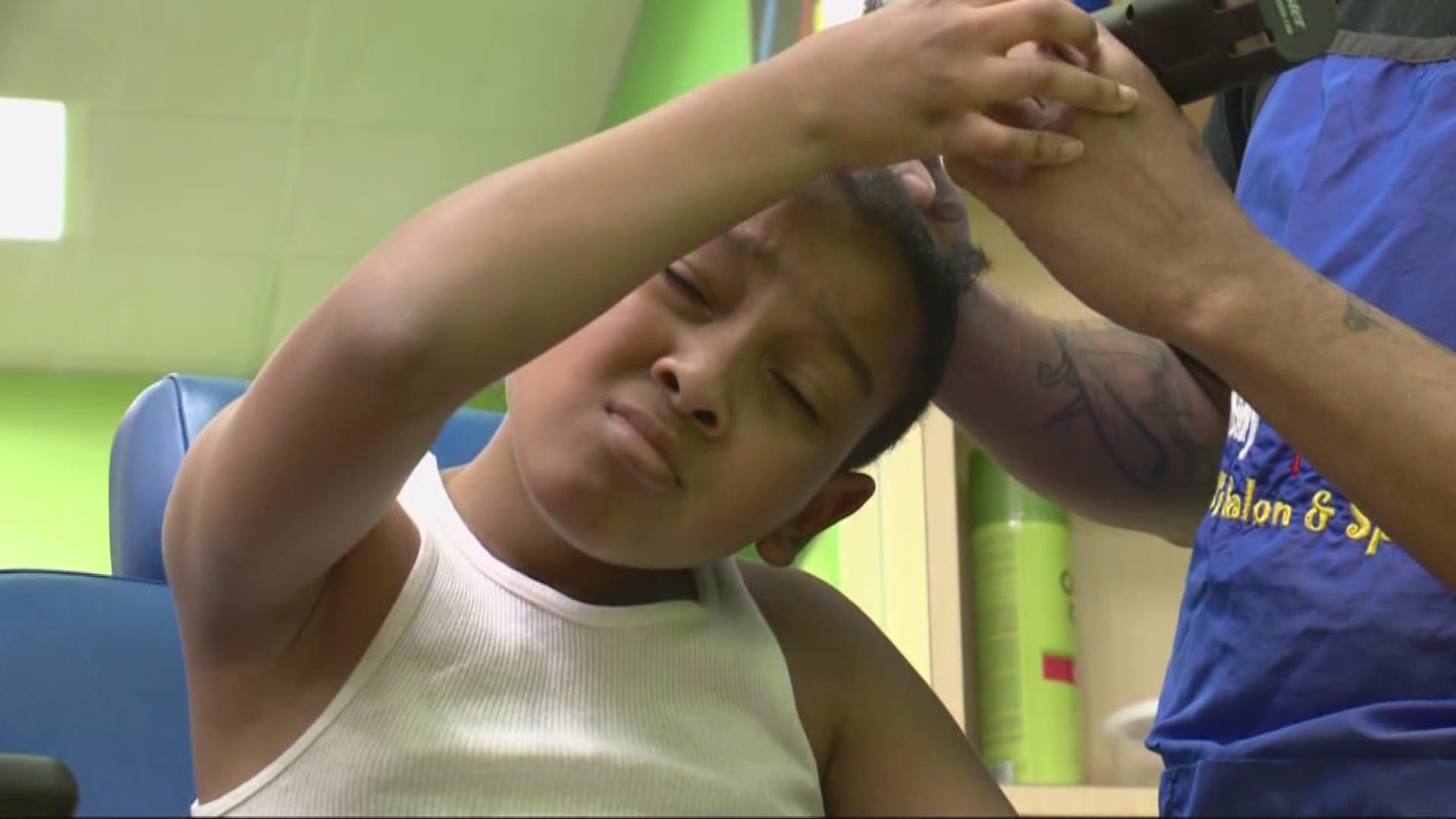 Friendly Faces Barbershop and Salon may look like your average shop when you walk through its doors.

At first glance, there's nothing distinct about it. But, this business equips its barbers and stylists in its kiddie salon with a special skill you will not find in many other shops.

"Mr. Dyls, haircut," as a barber calls out to his 11-year-old customer Dylan Harris.

"I wanted to find someone who took him in with open arms.  Someone who would actually jump into his world," says his mom Shante' Harris.

Barber Tyrone Davis would be that person Shante' would teach to connect to her son's world. Dylan was a healthy baby, developing on track until he hit 17 months. He started losing his words and avoiding eye contact.

RELATED: Help for children with autism

His mom, a nurse, learned all she could about the neurodevelopmental disorder, determined Dylan would have a normal life.

She says, "He's a boy.  He needs a haircut.  So, we're going to get him used to getting haircuts."

Shante' found barbers who were masters of their craft, but did not know how to handle her son once he sat in their chair.

The experience gave her the idea to create a training program that empowers hair care professionals with the knowledge and skill to service customers on the Autism Spectrum.

Making the child or adult feel safe, first.  So, turning on the water before they actually lay in the chair so they're not just lying there and the water is hitting them all at once. It may sound like a train in their ear.

"So, it's sensitivity, and so turning the pressure down a little lower or just giving them a warning that water is going to be loud. Letting them feel the clippers to see, oh, it's vibrating. It's safe. It's okay."

"Let them see what you're working with so that it's not foreign to them.  So, that when you're using it on them, they see that this is not going to hurt me," she says.

Tyrone Davis has been Dylan's barber for seven years.  Dylan holds onto his wrist as the barber cuts his hair.

"I allow him to do, even though, he's not pushing the clippers at all.  It just helps him feel comfortable," he says.

Davis knows to look for certain signs, such as, limited speech, repetitive behavior, hand flapping or an inability to process social cues, some of the characteristics of Autism.

"She's a little anxious, as am I, but, I think it's what calmed her was I let her play with the water," says Dekeda Brown.

He daughter, Lelani, is on the Autism Spectrum, too. She wears noise canceling headphones to her first visit to Friendly Faces to tamp down loud noises she's sensitive to.

Dekeda is enthusiastic after several minutes of negotiating and gently nudging Lelani to sit at the shampoo bowl and then in the stylist's chair.

"I would never have brought her to a salon in the mall just because I don't think that we'd be accepted. So, knowing that this program is here, it allows us to come and give it a chance," she says.

Shante' Harris says, "The importance of continuing to make people aware, and make people more sensitive to what the needs of the children and parents in the special needs community is so important to me. "