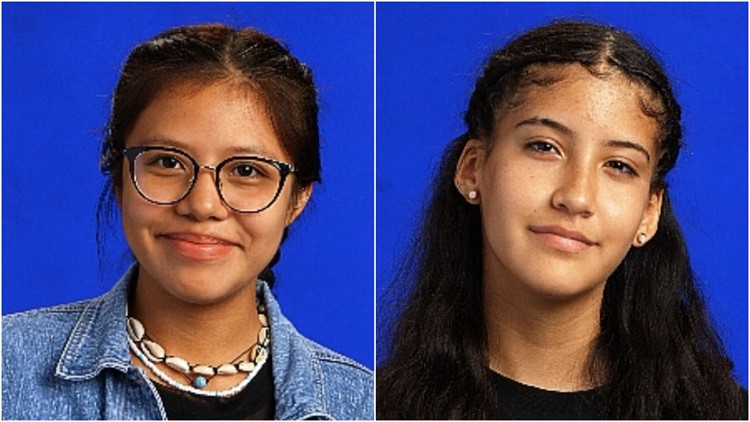 MONTGOMERY COUNTY, Md. — Both teens were found safe and unharmed.

Police are looking for two missing teens in Montgomery County.

Landaheta-Ruiz was last seen by family on Tuesday at her Viers Mill Road home. She's described as a Hispanic female. She's 5-foot-5 and weighs 101 lbs. She has brown eyes and long black hair, police said.

Garcia was last seen Tuesday at her Littleton Street home. She is described as an Hispanic female. She's 5-foot-1, weighs 115 lbs and has brown eyes and long black hair.

Investigators believe that Landaheta-Ruiz and Garcia may be traveling to Philadelphia, Pennsylvania. Police and family are concerned for their welfare, police said.

Anyone who has information regarding the whereabouts of Emily Darling Landaheta-Ruiz or Michelle Garcia is asked to call the Montgomery County Police Special Victims Investigations Division at (240) 773-5400 or the police non-emergency number at (301) 279-8000.