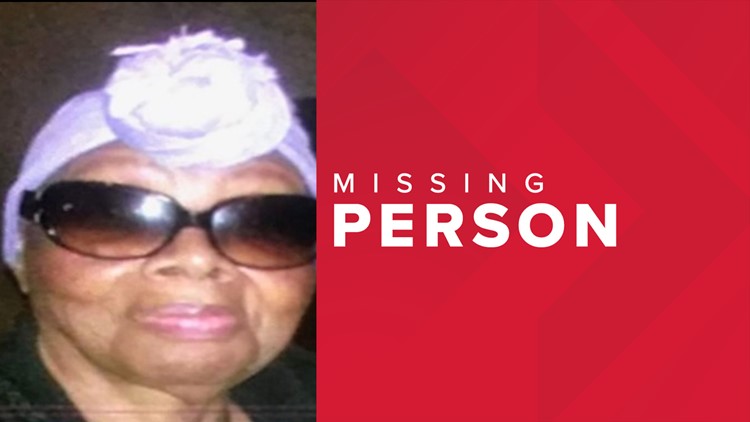 Photo by: MPD
Martha Smallwood was last seen in the 900 block of Varney Street, Southeast.

According to police, Martha Smallwood was last seen in the 900 block of Varney Street, Southeast. She was reported as missing on Thursday, police said.

RELATED: Search for missing firefighters off Florida coast to be suspended at sundown

Smallwood is described as a black female. She is 5-foot-3, weighs 170 pounds, has medium brown complexion, brown eyes and is wearing dark sun glasses.

Police said she has thinning grey hair with a scarf rapped around her head. Police don't know what else she might be wearing.

Police are asking anyone with information on the whereabouts of Smallwood to call (202) 727-9099.