Emily Lu of Lorton disappeared on June 3. Police suspect foul play and a $20,000 reward has been issued. 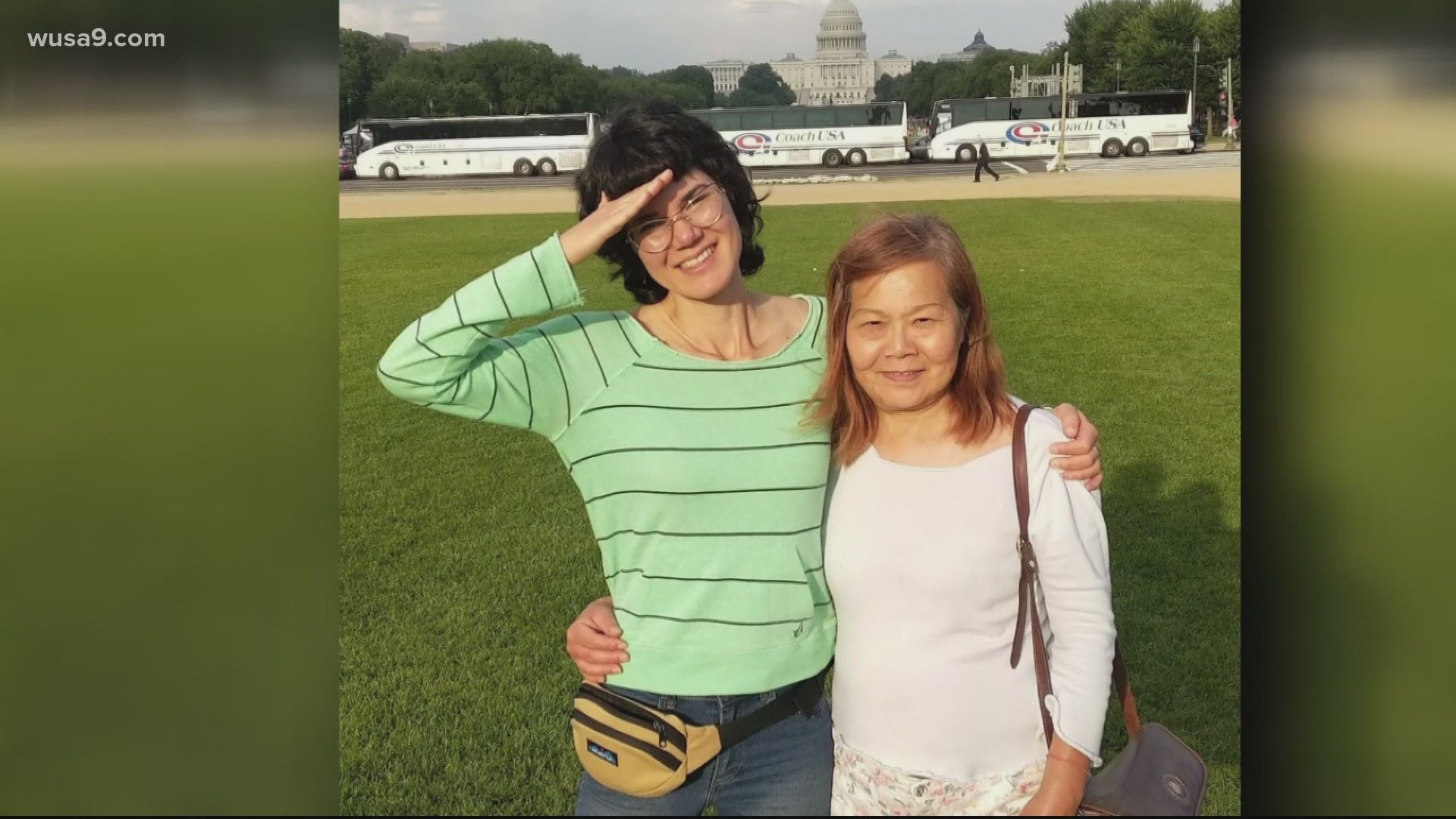 FAIRFAX COUNTY, Va. — It’s been two weeks since 72-year-old Emily Lu of Lorton went missing, and her daughter Jenny Ball is pleading for anyone in the community who may know anything about her mother’s disappearance to please come forward.

Jenny and other family members came from out of state to aid in the search for Lu.

“It's something I don't want to wish on anyone,” Ball said. “You have to be hopeful, you cannot lose hope, but then again, you're very sad and upset that you cannot grieve.”

Lu was reported missing on June 4 after her employer requested a welfare check when she didn't show up to work. Officers responded to her home in the 9200 block of Davis Drive on Friday, June 4 and found her car in the driveway with recently purchased groceries.

Lu was last seen shopping at the Aldi in the 1300 block of Gordon Plaza in Woodbridge before 8 p.m. on June 3, just one day before the welfare call.

Detectives suspected foul play was involved after evidence reportedly suggested she may have been harmed inside her home.

Police said a homicide investigation was launched days after the initial missing persons call was received.

Ball describes her mother as a very generous and loving person who always puts others first. She said she didn’t know of anyone who would want to harm her.

“It’s just the more and more that you get to the point that it's that someone could have hurt her you just cycle through anger and you cycle through just sadness and then you just become numb,” Ball said.

Ed O'Carroll of the Fairfax County Police Department confirmed she wasn't the only person living in her home at the time of her disappearance, but couldn't elaborate on how many. He said police have spoken to them and are now looking to speak with previous occupants.

Ball said her mother has had tenants renting rooms in her large home for the better part of three decades.

“It's been a part of growing up and going over there we would always have tenants and then just remained until she disappeared, the same way,” Ball said. “I hope that they are being cooperative with the police, and in their investigation."

Ball said she talked to her mother on the phone the day she went missing, and all had seemed fine. With no indication, anything was off.