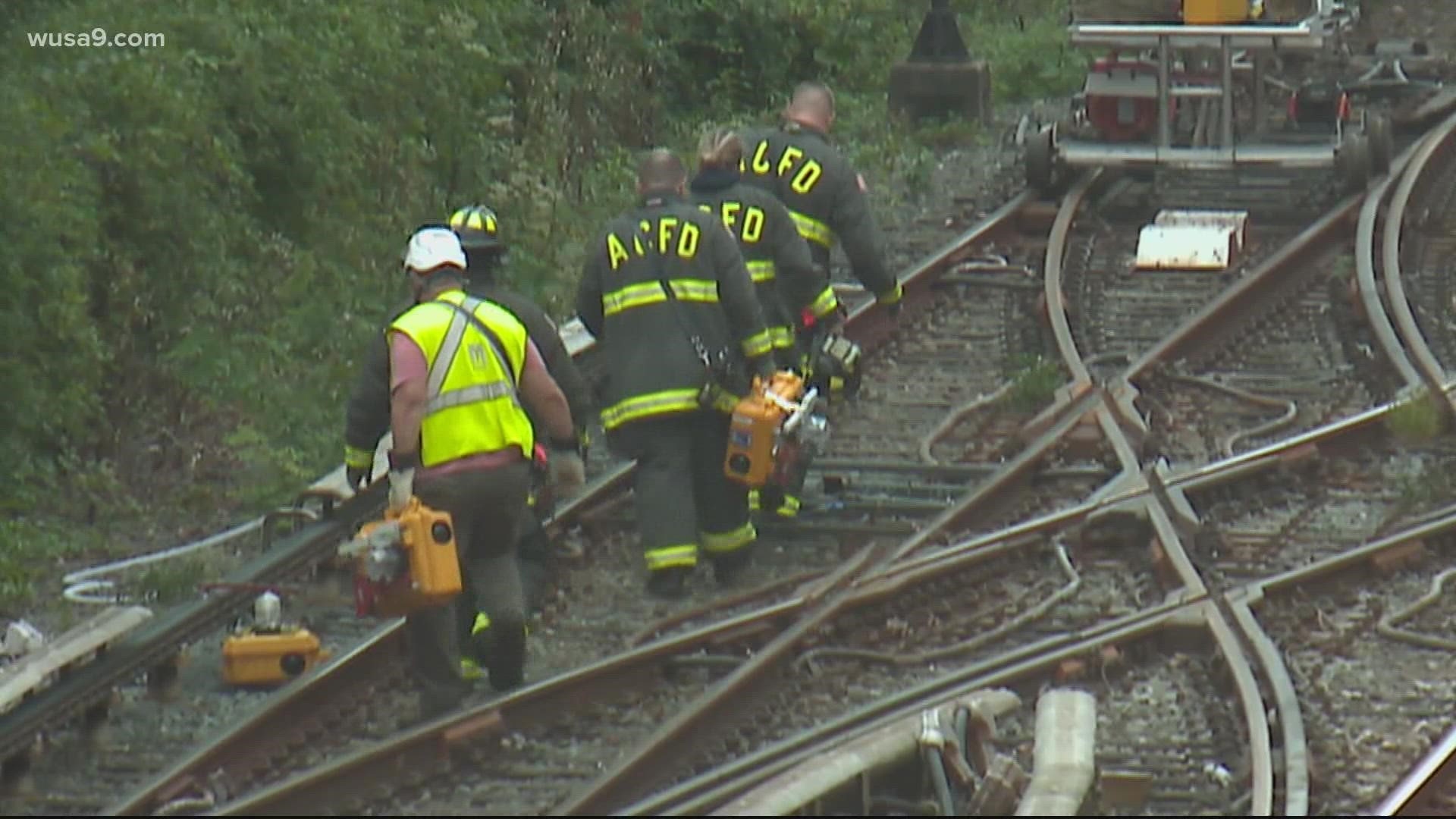 ARLINGTON, Va. — Crews with the National Transportation Safety Board (NTSB) continued to closely examine a Metro track on Wednesday after a derailment the day before left almost 200 passengers stranded in the dark.

The derailment, which investigators said did not cause any injuries, took place just before 5 p.m. on Tuesday along the Blue Line between Rosslyn and Arlington National Cemetery.

By Wednesday evening, the cause of the derailment remained unknown.

Two former NTSB investigators spoke to WUSA9 and said crews were likely examining the rail cars involved in the incident and looking for any damage along the track to find where the derailment occurred.

"Typically on a derailment, you either have a track problem, a car wheel problem, an axle problem, or a combination of the those," said former investigator Charley Pereira. "You'll look at the rail segments, the wheels, axles, car bodies, and surrounding track structure.”

While questions still remain over how the derailment happened, WUSA9 discovered dispatch communication between Washington Metropolitan Area Transit Authority (WMATA) crew members around the time of the incident.

In audio heard just two minutes before the reported time that investigators say the derailment happened, a crew member aboard a Metro train leaving Rosslyn reported a maintenance problem.

A passenger aboard the train that derailed on Tuesday described to WUS 9 how she smelt a burning rubber smell inside before smoke began filling the car.

She said the train later came to a complete stop and power shut off, leaving 187 passengers in the dark.

Due to the ongoing investigation, Blue Line rail service remained suspended between Rosslyn and the Pentagon on Wednesday.

Free bus service was offered at the affected Metro stations for passengers impacted by the change.

A WMATA spokesperson told WUSA9 on Wednesday evening that updates on service will come at Thursday's board meeting. 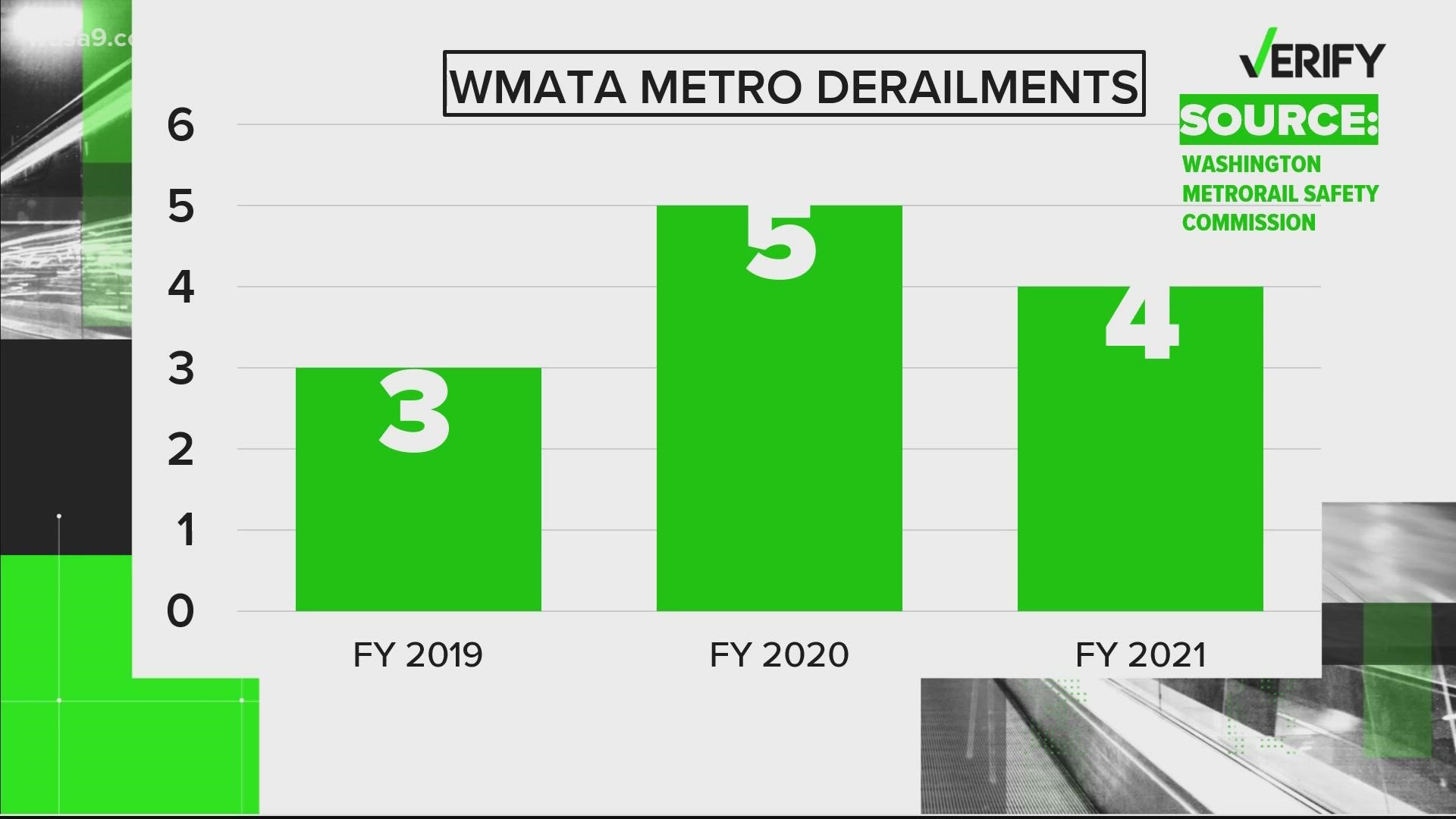 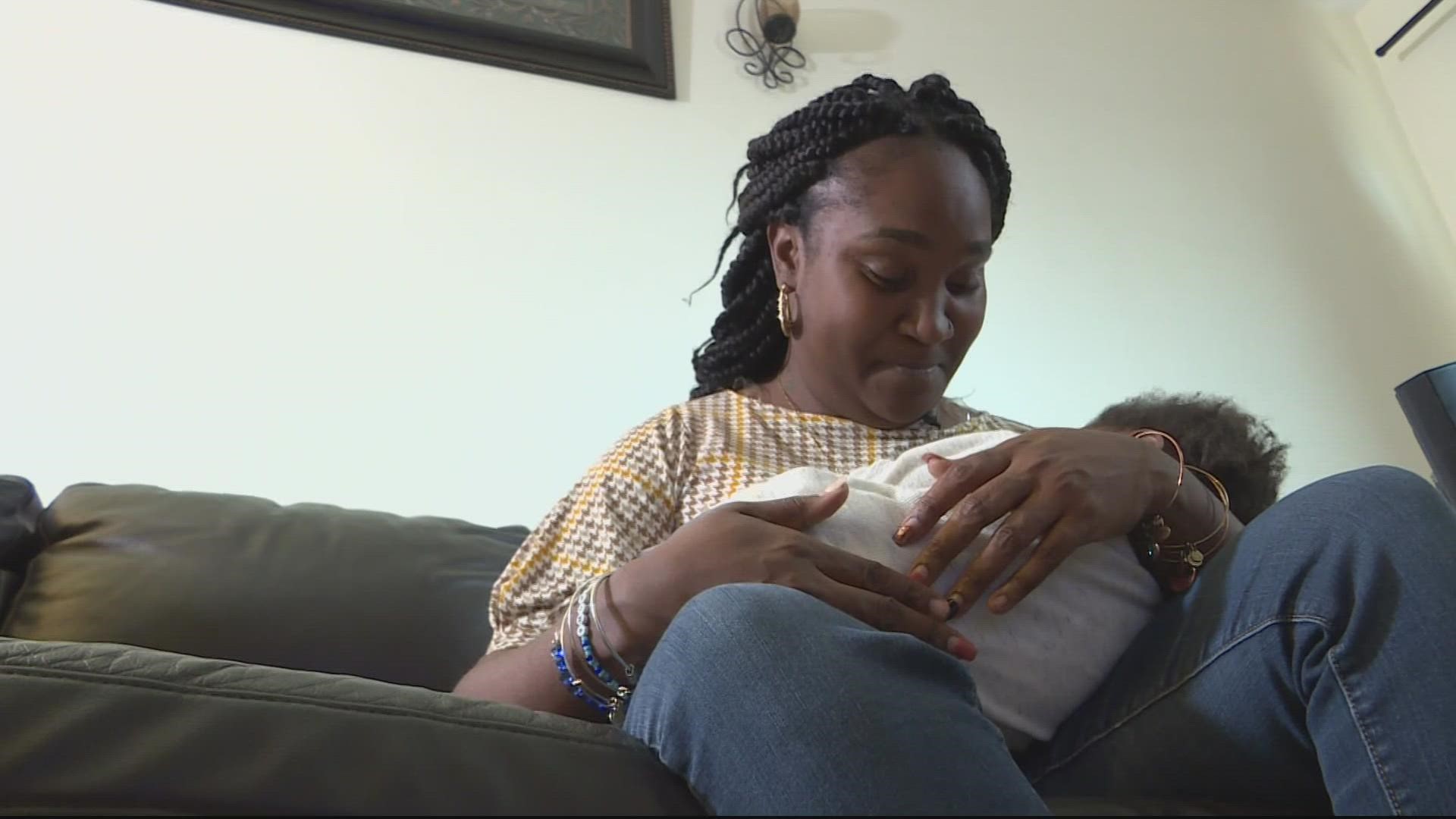