Airport-inspired security could come to a Metro station near you

Metro Transit Police got a chance to test out a millimeter-wave scanner, similar to the ones seen at airports over the last ten years. 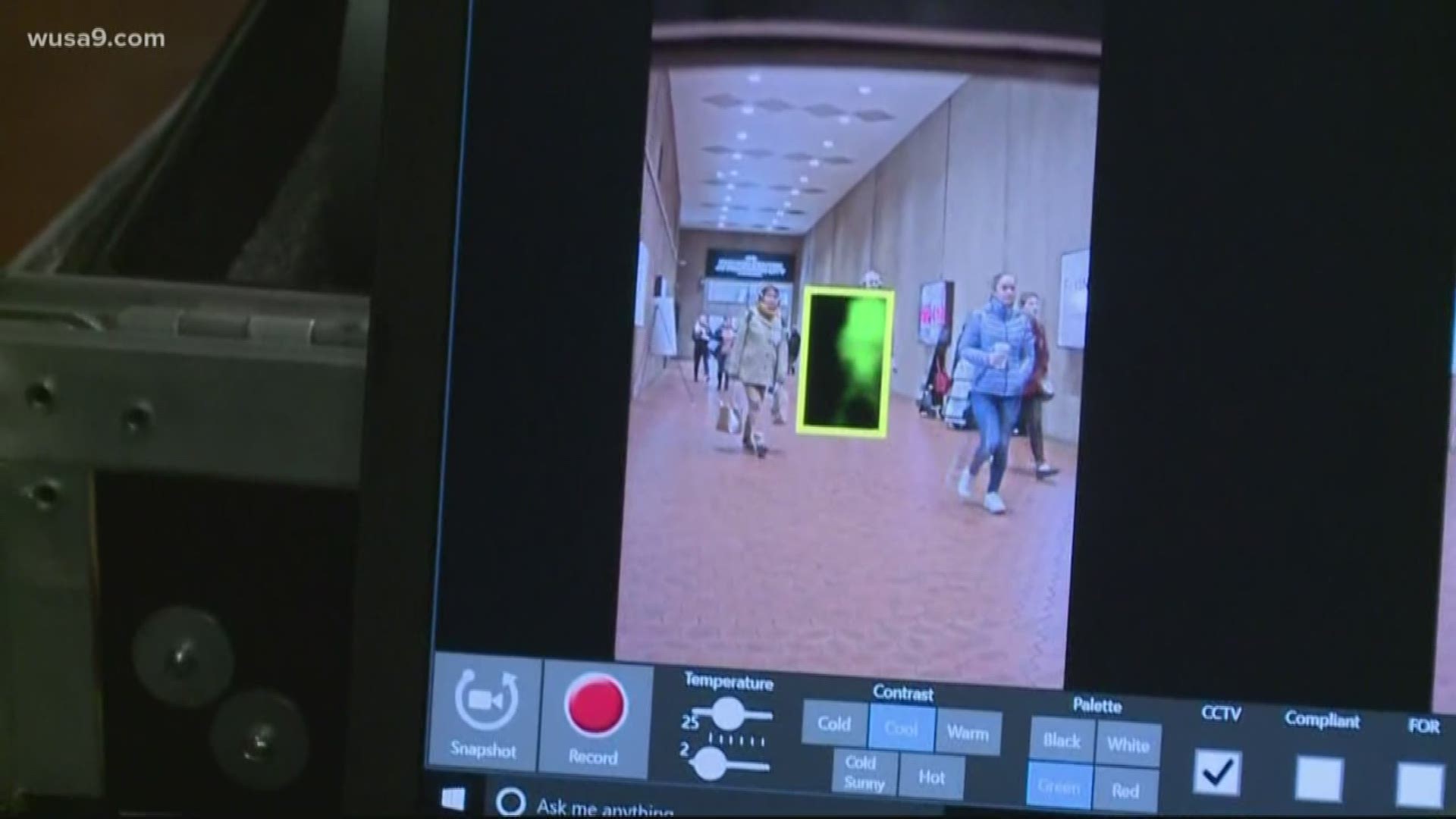 Metro Transit Police just got a chance to try out a millimeter-wave scanner, the hands-up screener that you’ve seen at airports over the last ten years.

Transit police officers tried out a scanner that fits into a crate on wheels at the Pentagon City Metro on Tuesday. TSA officers said that mobility is especially useful at Metro stations-- riders simply walk past, with no need to stop for a checkpoint.

The scanner can flag weapons that block body energy, such as a machine gun or a suicide vest.

TSA Captain Jim Banberger said that sometimes there are false positives with the screenings such as bottles and phones, but that it’s up to Metro Transit Police to intercede.

“No machine is ever going to replace people," Banberger said. "But it’s another tool they have to help give them a little more information to make a decision.”

RELATED: Could China's bid for Metro's new railcars be a way to spy on us?

Now it’s up to Metro Transit Police to give TSA information. The test hopes to find out how the new scanner works in the public transit environment. TSA wants feedback on how best to use this from the folks on the frontlines.

TSA is trying to tighten security at train stations. The 2004 bombing of commuter trains in Madrid killed hundreds and injured thousands.

"We’re always looking for technology to improve customer safety and awareness, so this is another piece of technology we want to test in this environment," Metro Transit Police Chief Ronald Pavlik said.

Remember, the technology can be easily moved around. Metro has not said where this will be tried out next.