Metro's biggest rehab project ever will be repeated next year at eight stations in Prince George's county and Fairfax county. 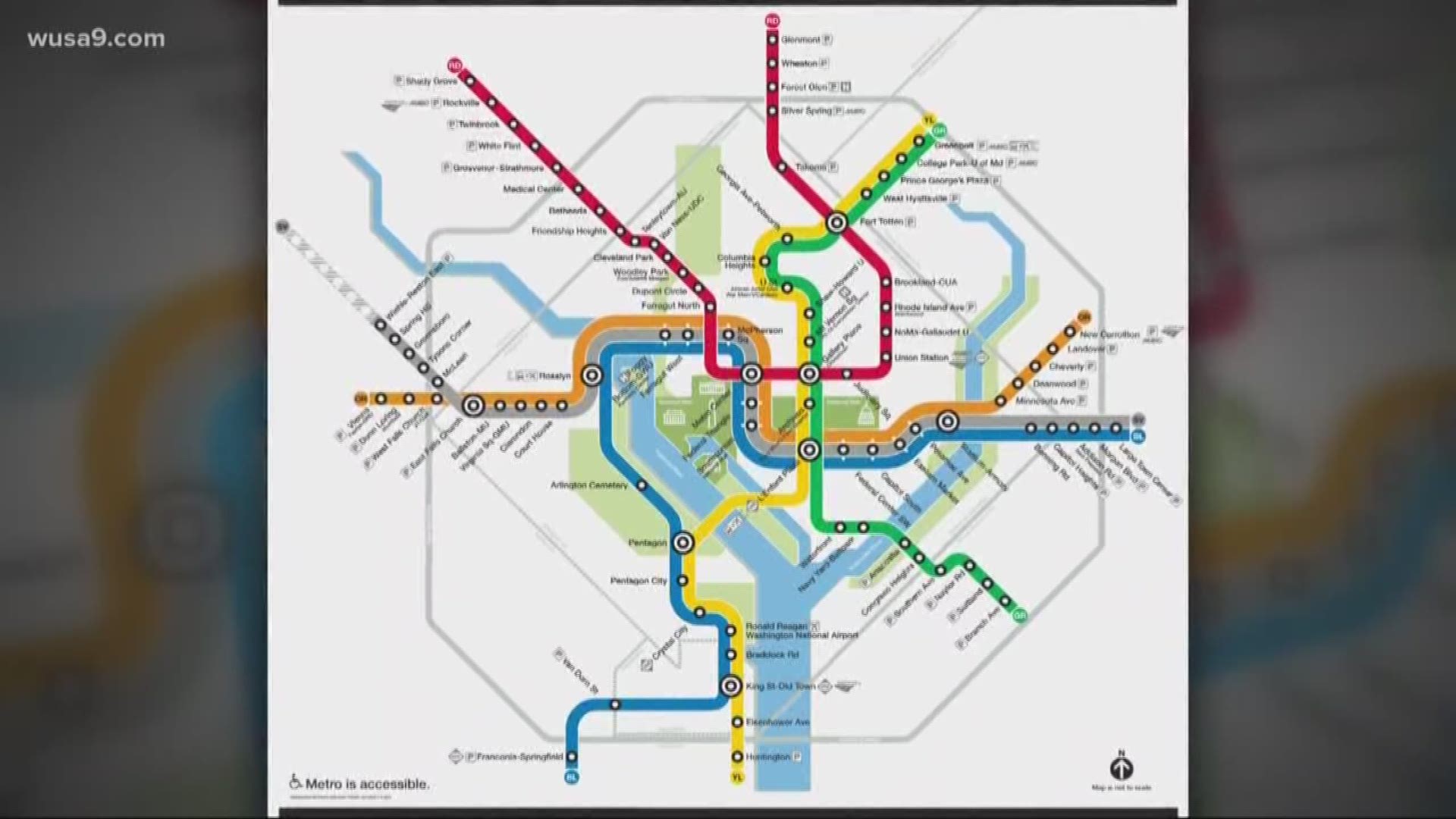 WASHINGTON — Now that Metro’s summer-long shutdown of six stations in Alexandria is over, the transit agency is preparing to announce a slew of station shutdowns in 2020. Metro General Manager Paul Wiedefeld said details will be announced as soon as next month.

"We’re going to do a little more rethinking based on what we learned before we put that out there," Wiedefeld said.

Crews closed six Blue and Yellow Line stations to repair crumbling outdoor platforms. But the blitz of work is about to be repeated in Prince George’s County and Fairfax County.

Metro is targeting eight stations for fixes next year. Workers will descend on four Green Line stations in Maryland from Greenbelt to West Hyattsville. Four more will also take place on the Orange Line in Virginia from Vienna to East Falls Church.

Stations should get a more modern look like those that just reopened, but the biggest fixes are ones you can’t see. Station platforms have been exposed to the elements for decades and concrete has been crumbling away.

Metro is still committed to closing stations rather than working around riders, and Wiedefeld is meeting with local governments that will be impacted. Metro will need help from other transit agencies like The Bus in Prince George’s County. Metro said the latest shutdown affected one in every ten rush-hour riders.

"We want to work with all the stakeholders," Wiedefeld said. "We will get that out there shortly."

After work next year, there’s still more on the horizon. Six stations are being eyed for work in 2021 including Reagan National Airport.

RELATED: DC hasn't updated its bus network in a generation. Now there's a plan to fix that