The Diverse Male Student Initiative is a two-year program at PGCC helps men focus their energies on self-improvement and community involvement. 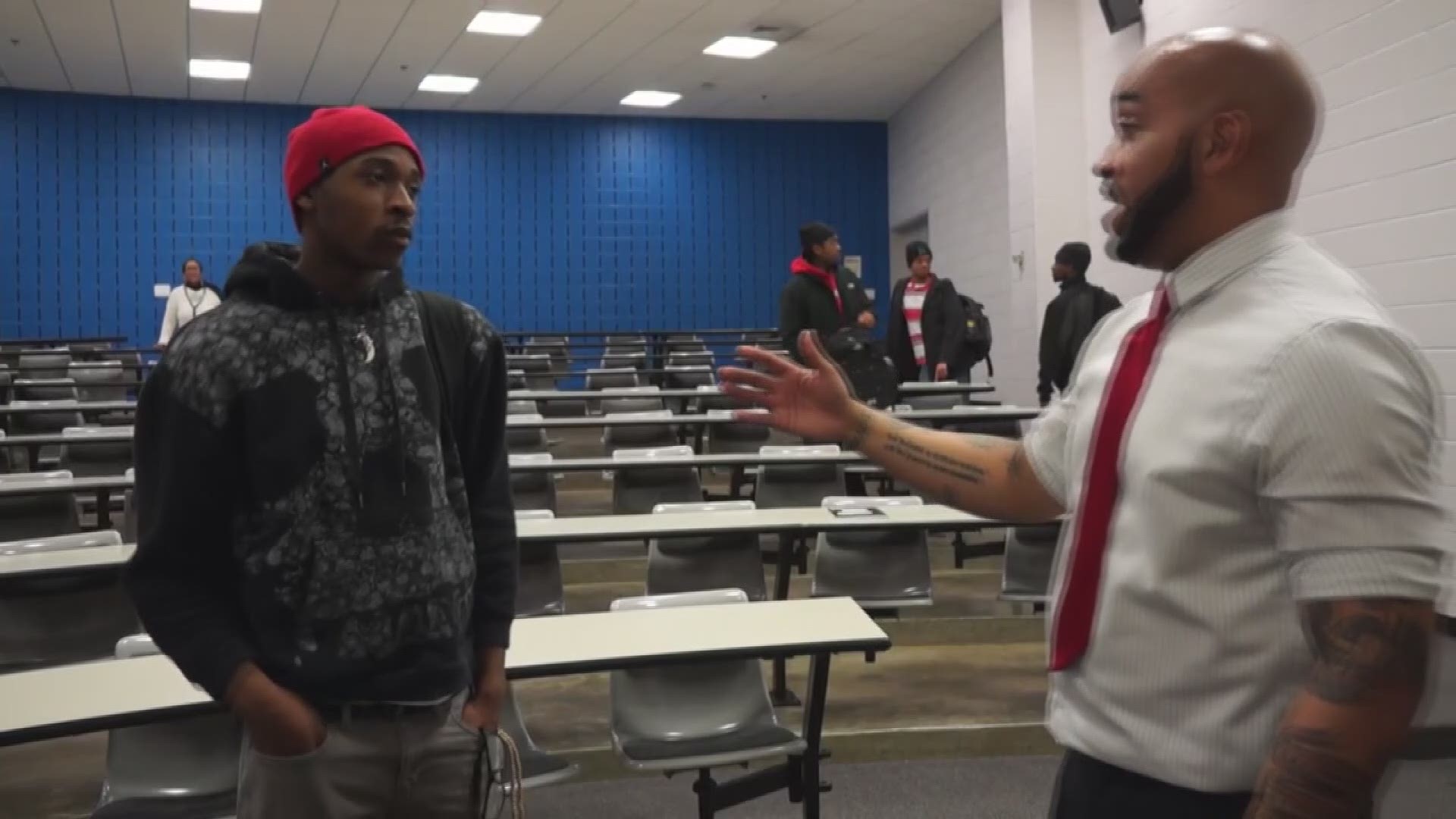 Brian “Heat” Hamlin is the Program Manager for DMSI.

Hamlin said, “In 2008 to 2009, we saw men of color, the numbers of men of color going to college was increasing, but their graduation rate was declining. Prince George's Community College wanted to be ahead of the curve and really started making a program to help that graduation rate increase as the enrollment increased as well."

Hamlin said you can chalk up low graduation rates for young men of color to two things, lack of financial resources and lack of support from home.

Julian Flemmons is new to DMSI and said DMSI has taught him to recognize the importance of self-care and the value of relationships with others, specially those with other black men the community.

Flemmons said, "It's changed my mindset for achieving my goals, when I came in, I was a little bit unconfident in myself, wasn't sure of myself, wasn't really focused and disciplined enough to achieve some of my goals. It's a great program has helped me in so many ways."

DMSI focuses on helping students with their academic achievement, getting students ready for business or careers and leadership development.

RELATED: 'I want to keep him' | This 10-year-old has to plan for protecting his baby brother from shootings

Male students are encouraged to participate in Diverse Male Student Initiative if they're currently enrolled at Prince George’s Community College, have leadership potential, are willing to complete the entire year-long program, and have a desire to:

The Diverse Male Student Initiatives is celebrating 10 years! More than 1,000 students have benefited from #DMSI, including five who transferred to @Morehouse through a DMSI-Morehouse pipeline program. Today, the group kicked things off with their first meeting of the year! pic.twitter.com/JkIHbRMcoo

Hamlin said what's amazing about PGCC is the collaboration on campus and the support from the various programs.

He added, "Prince George's County College is one of the hands down best community colleges in the state, if not the East Coast."

According to DMSI, each year anywhere from 75 to 150 young men of color go through the program and about 2,000 young men have gone through it since it started in 2010.

Hamlin said in 2019, DMSI pulled in a quarter of a million dollars in scholarship money to help about 15 young men graduate.

So, I played teacher for a day, and I took the time to learn from my class of #DMSI students at #PGCC... pic.twitter.com/F6V6nUs64a