Montgomery County fire officials said the driver of a vehicle was rescued after two utility poles slammed on top of his vehicle. 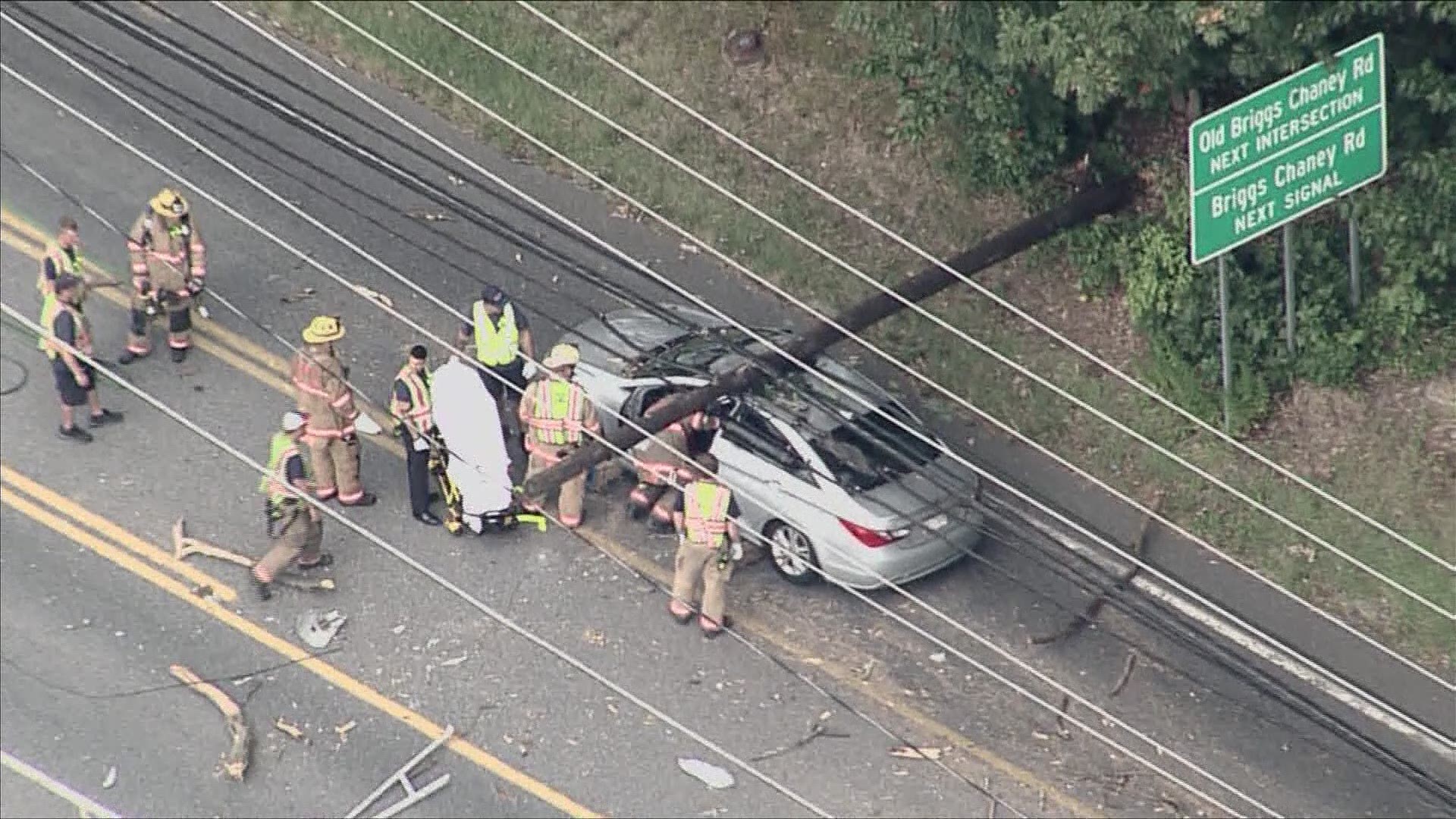 BURTONSVILLE, Md. — Crews rescued a man trapped in his vehicle after two utility poles fell on top it Wednesday morning.

Montgomery County fire spokesman Pete Piringer said the driver was likely in the wrong place at the wrong time after a dead tree feel on the utility lines causing the nearest police to snap directly over the passing vehicle.

The vehicle damage was with very little intrusion and it’s like the vehicle suspension absorbed most of the impact, Piringer said.

The man was taken from his car by emergency crews and carried away in an ambulance. The victim has not been identified at this time and his condition is unknown.

Emergency crews were still at the scene.

Old Columbia Pike was closed between Old Briggs Chaney Road and Duvall Road as a result of the incident.

Crews were also at the scene of an overturned dump truck on Southlawn Lane at Southlawn Court near Avery Road and Gude Drive, officials said.

The truck driver was able to get out of the truck. No injuries were reported, officials said.

Wires are down across the road.