The woman was hit by a car in a parking lot in Germantown Wednesday evening. 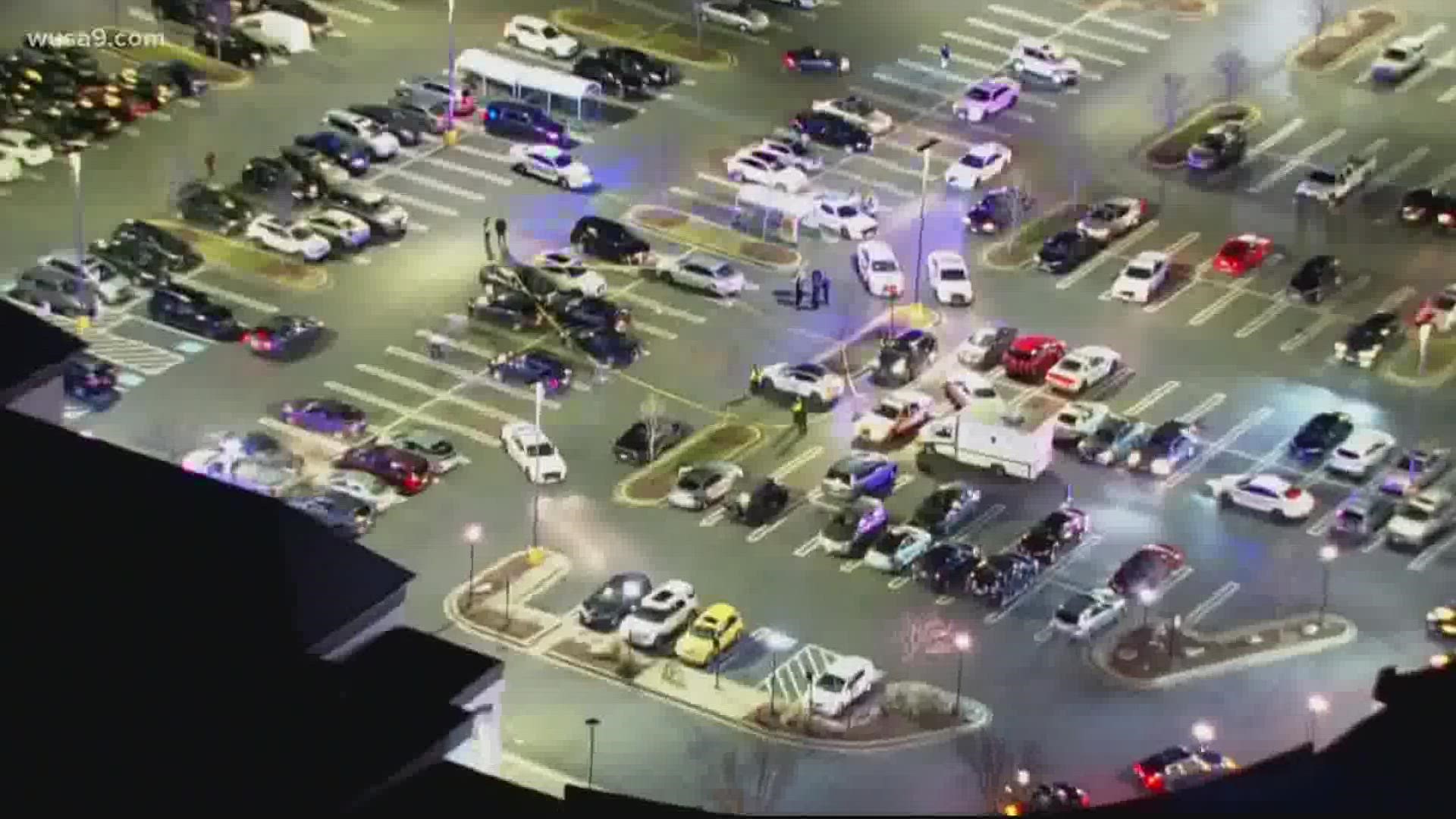 GERMANTOWN, Md. — A woman has was seriously injured after she was struck by a car in a Germantown parking lot Wednesday night.

Montgomery County Police say the woman was putting groceries in her car when she was hit, that’s when shoppers rushed in to try to save her.

At around 5:45 p.m. officers say they were called to the area after a woman struck by a car in the parking lot of a Giant Food store located at 20900 Fredrick Road.

Montgomery County Fire had seven units respond to the location where the collision occurred. The woman was taken to a nearby hospital with what police say are life-threatening injuries. Montgomery county fire said that she suffered a "traumatic injury".

The driver of the car stayed at the parking lot following the crash. Police said that this investigation is ongoing and did not release further details.

Photo from #SKY9 of the scene where an adult female was struck at Frederick Rd in a Giant parking lot. She has life threatening injuries, the driver did stay on scene. https://t.co/G5HoflD24X pic.twitter.com/tjikYf3d7O

RELATED: 'Most dangerous times of the year for pedestrians and bicyclists' | Officials urge caution on roadways as daylight saving time ends