Fire officials say there were no fire hydrants in the area. 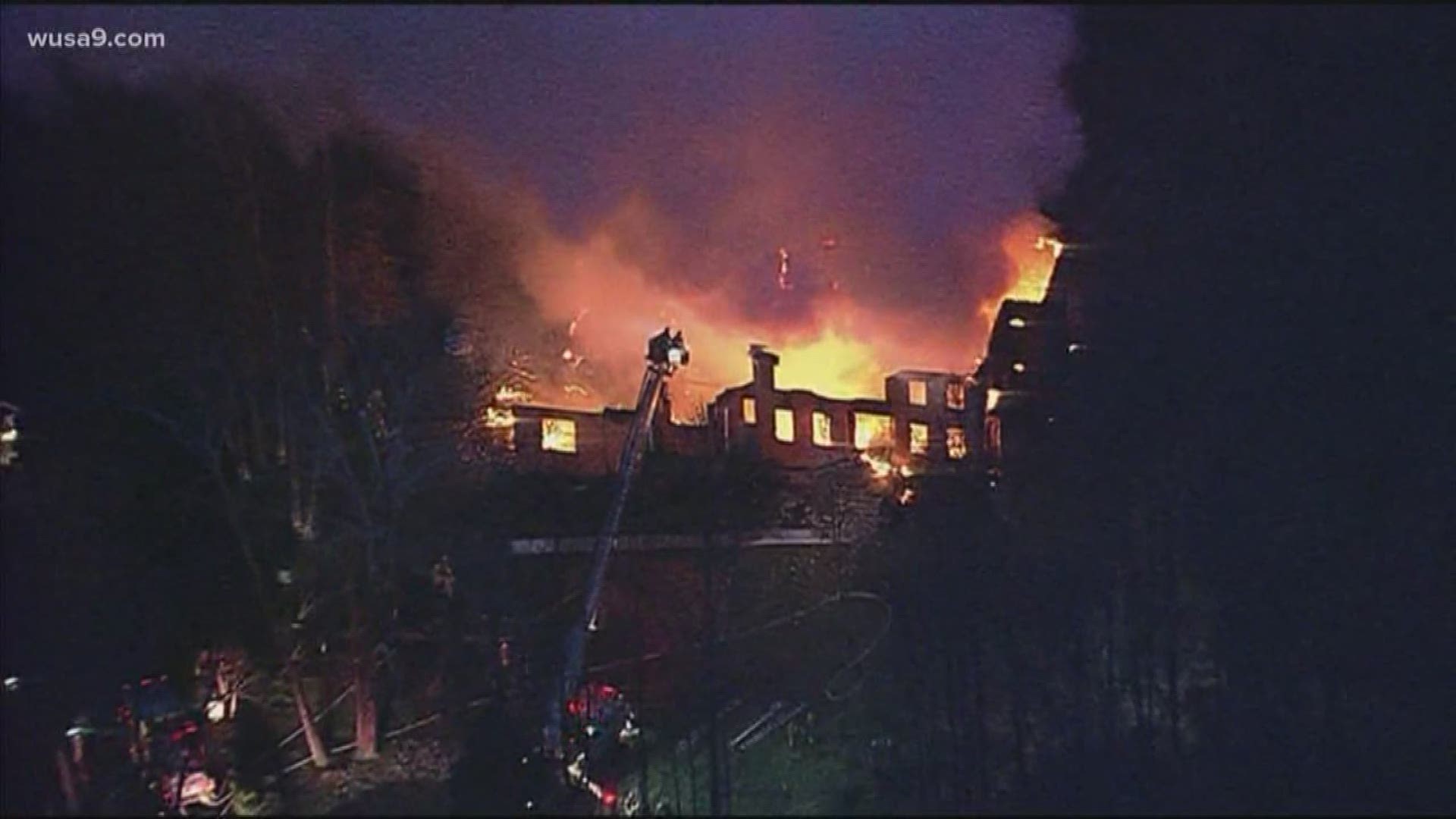 UPPER MARLBORO, Md. — Before the sun even rose Friday morning, firefighters were called to the scene of a blazing house fire in Upper Marlboro, Maryland.

According to Prince George's County fire officials, the fire was reported at a two-story home located on the 6200 block of Connaugh Court just before 6 a.m.

Fire officials said initial firefighters who responded to the scene noticed the "well advanced" fire coming from the garage area before it quickly spread to areas of the house.

Witnesses said the fire moved so quickly it looked like the flames were running up the roof.

Firefighters made contact with the homeowners and were told everyone was out of the house before they battled the fire from the exterior due to the heavy conditions.

Officials said the nearest fire hydrant was about two miles away, so crews had to retrieve water from tanks to hose down the flames.

At this time, officials said there are no reported injuries.

It is still unknown what caused the fire.