University of Maryland Police are scheduled to hold a press conference at 7:30 p.m. Sunday night to address new developments in the case, including the involvement of the FBI. 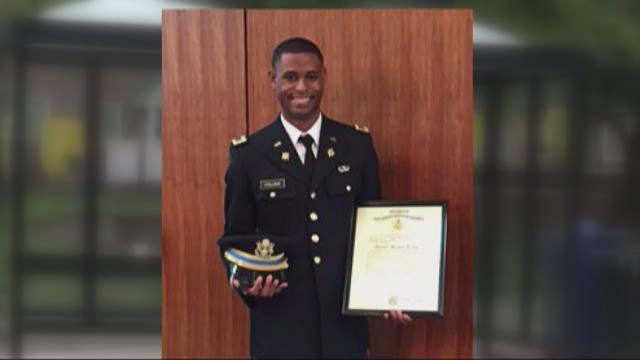 A University of Maryland student has been charged with first degree murder in the fatal stabbing of a Bowie State University student Sunday morning, police said.

The Bowie State victim has been identified by family as 23-year-old Richard Collins III, who was commissioned into the U.S. Army intelligence division.

UMDPD said the FBI is assisting in the investigation that could lead to hate crime charges.

Around 3:05 a.m. on Saturday, police believe 22-year-old Christopher Urbanski of Severna Park, Maryland, approached Collins while he was standing at the bus stop on Regents Drive near Montgomery Hall.

Officials said Urbanski walked up to the victim and then stabbed him in the chest. According to charging documents, the suspect told Collins, "Step left, step left, if you know what's best for you."

Collins replied, "No," and that is when he was stabbed, according to the documents. A friend ran toward Baltimore Avenue and then called 911. UMDPD found the victim suffering from serious injuries.

A strong front here @UMPD Chief says he knows students are afraid. Says they will do all in their power to protect the campus. @wusa9 pic.twitter.com/9uBk7Zl6WT

Collins was transported to the hospital where he later died. The Owings, Maryland, native was set to graduate on Tuesday from Bowie State.

Urbanski has also been charged with second degree murder and first degree assault. However, UMPD said he was part of a racially charged Facebook group, which could lead to additional hate crime charges.

Hate has no place in Prince George’s County, MD. It is with a heavy heart and deep sadness that I send our condolences to the family of Lt. Richard Collins III, a Bowie State University student and recently commissioned second lieutenant in the U.S. Army, who was killed on the campus of the University of Maryland yesterday in an act being investigated by the Federal Bureau of Investigations as a potential hate crime.

Lt. Collins was everything we want our youth to aspire to – selfless devotion to our nation and an individual who was willing to serve and sacrifice for our country’s safety and security. This murder has shocked and disturbed us all. This act of violence is unacceptable in any community in Prince George’s County.

On behalf of the 900,000 residents of Prince George’s County, our thoughts and prayers are with the Collins family. In memory and honor of Lt. Collins, we stand united as a County against hate.