Both officers are in serious, but stable condition, officials said. Doctors say they believe a tourniquet saved one officer's life. 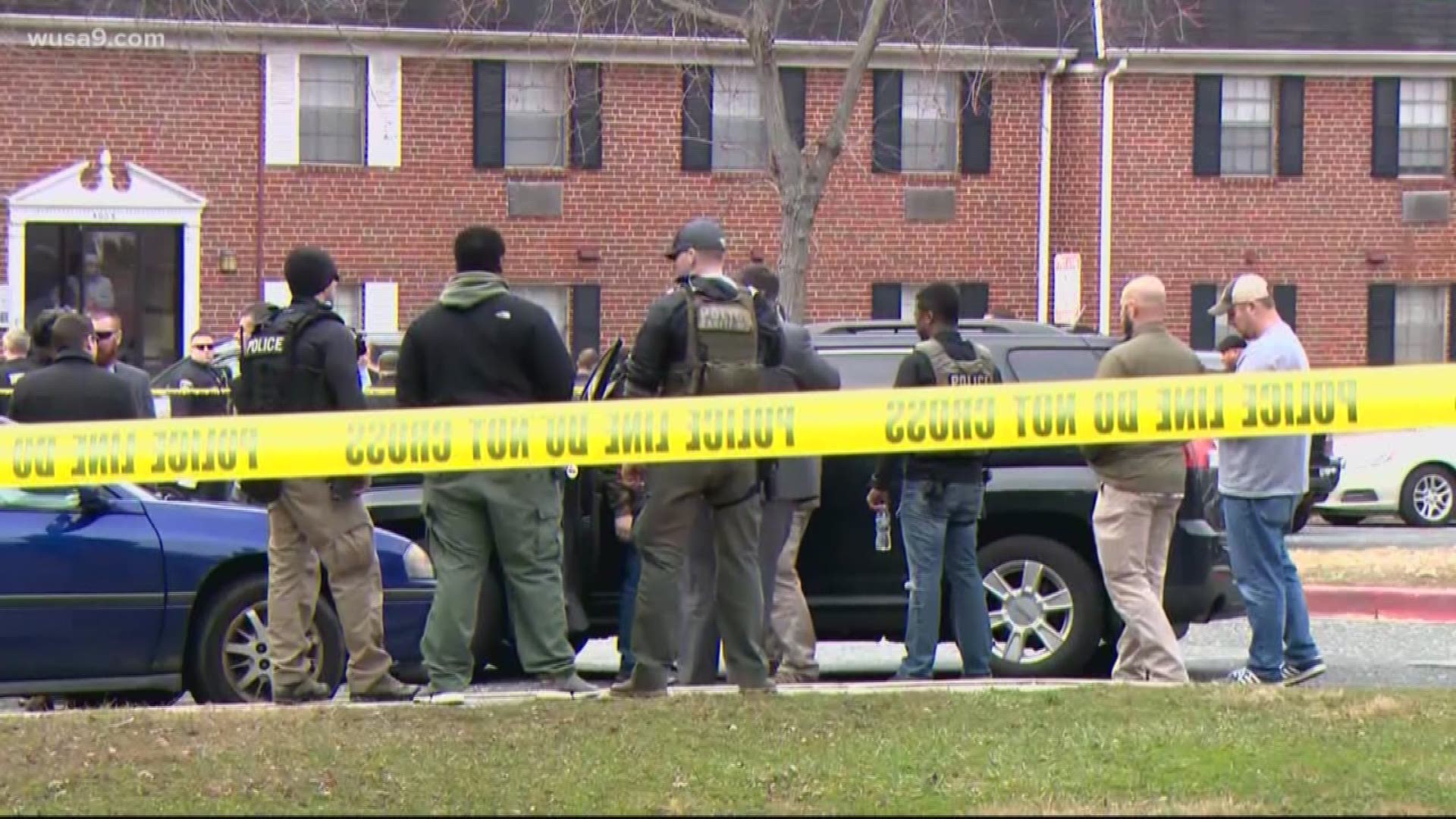 BALTIMORE — Two officers were injured and a suspect was killed during a police-involved shooting in Baltimore, officials said. One officer has been released from the hospital, while the other remains in stable, but serious condition.

The incident happened just before noon Wednesday at the intersection of Cedonia and Radecke Avenues at an apartment complex in the 5900 block of Radecke Avenue, police said.

When the officers confronted Marullo, he fired at officers, police said. One officer was shot in the leg and the other was shot in the stomach. The officers were taken to Shock Trauma, officials said. Their identities have not been released, but they were identified as veteran officers.

Marullo was fatally shot during the incident. Maryland Gov. Larry Hogan said he was a former state corrections official, under investigation for a shooting in Pennslyvania.

The Baltimore City officer was released from the hospital, while the Baltimore County officer -- shot in the stomach multiple times -- is in serious, but stable condition.

Baltimore's Shock Trauma Chief Dr. Thomas Scalea said one officer required an emergency operation and the other remains under observation.

"At least one of their lives was saved by application of a tourniquet, applied by a fellow officer," Scalea said. "There is a course called 'Stop the Bleed,' that we are happy to teach you, and I will not rest until every citizen of Baltimore, and Maryland, has taken this course."

The Bureau of Alcohol, Tobacco, Firearms and Explosive Baltimore division said special agents responded to the scene to assist.