Tractor trailer hangs off overpass after crash in Bethesda

A tractor trailer carrying pineapples crashed near the Bradley Blvd causing delays on the other loops of the 1-495 beltway. 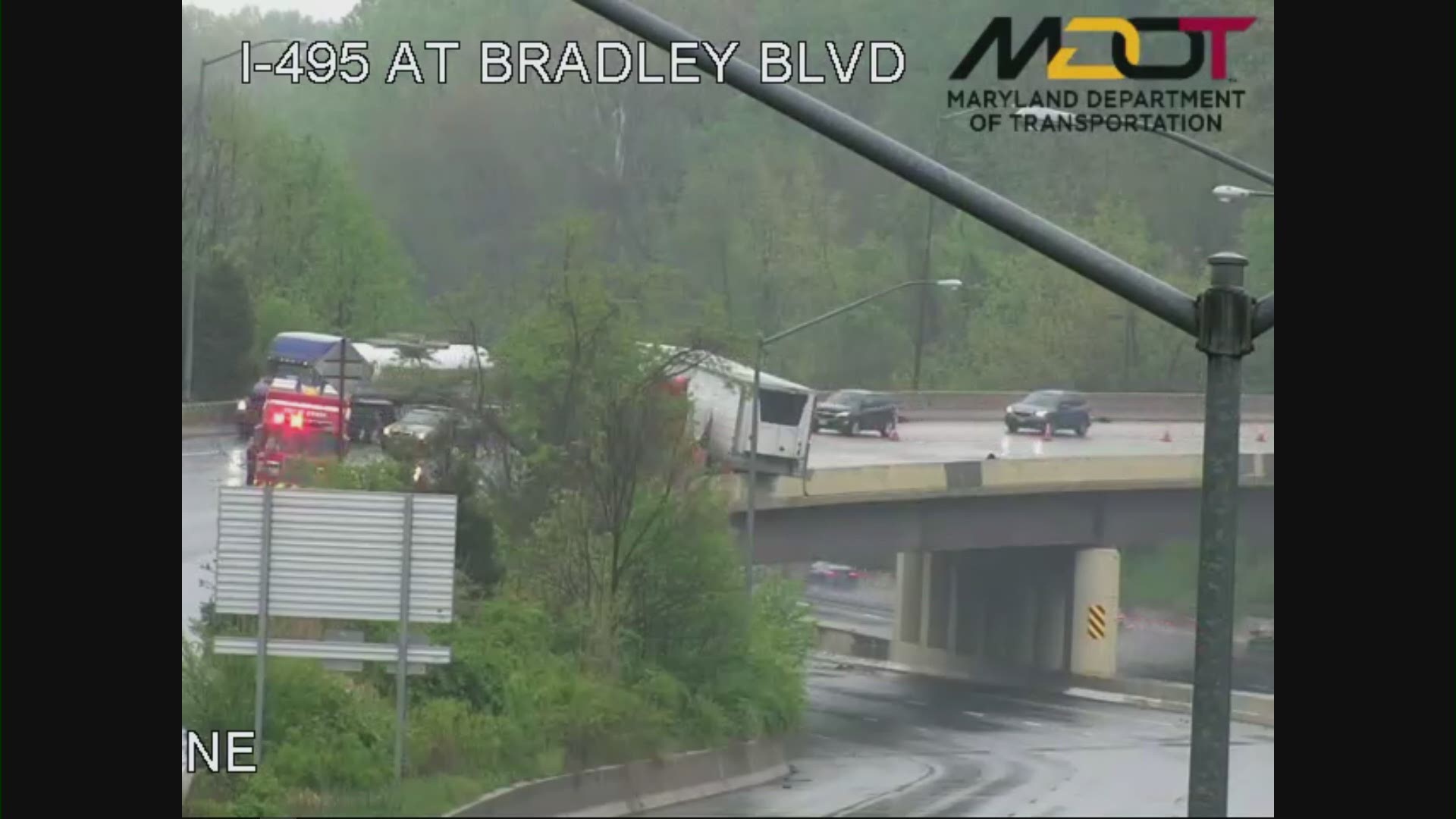 Around 5:30 p.m., police were called to the crash scene at the intersection of Georgetown Road and River Road, near I-270 spur. All southbound lanes on 1-270 were closed from Democracy Boulevard to Bradley Boulevard until just before 9 p.m.

According to Maryland State Police, the crash only involved the tractor trailer and there were no injuries, but the truck hung off the overpass for hours. Hazmat was called to the scene to deal with a minor fuel spill.

1 / 5
Pete Piringer
A tractor trailer carrying pineapples crashed near the I-270 Spur sky ramp, blocking lanes on the outer loop of 1-495.

Earlier in the week, a delivery truck carrying liquor overturned, spilling booze on the road and blocking traffic. The accident happened around 9 a.m. near Georgia and Connecticut avenues in Silver Spring, Md.

All southbound lanes of Georgia Avenue were blocked Tuesday morning while crews worked to clean up the spill. Some lanes of Connecticut Avenue were also blocked, and police were on scene directing traffic.

Medics arrived at the scene to find the driver was trapped inside and had to be extricated from the truck. He was taken to a nearby hospital for treatment, according to police. The man's condition and the extent of his injuries was not immediately known.

RELATED: Pedestrian struck, killed by tractor-trailer on I-270