Thieves steal cars, thousands of dollars worth of items from Bowie family

The incident occurred at the Retreat at Fairwood subdivision on Sunday. 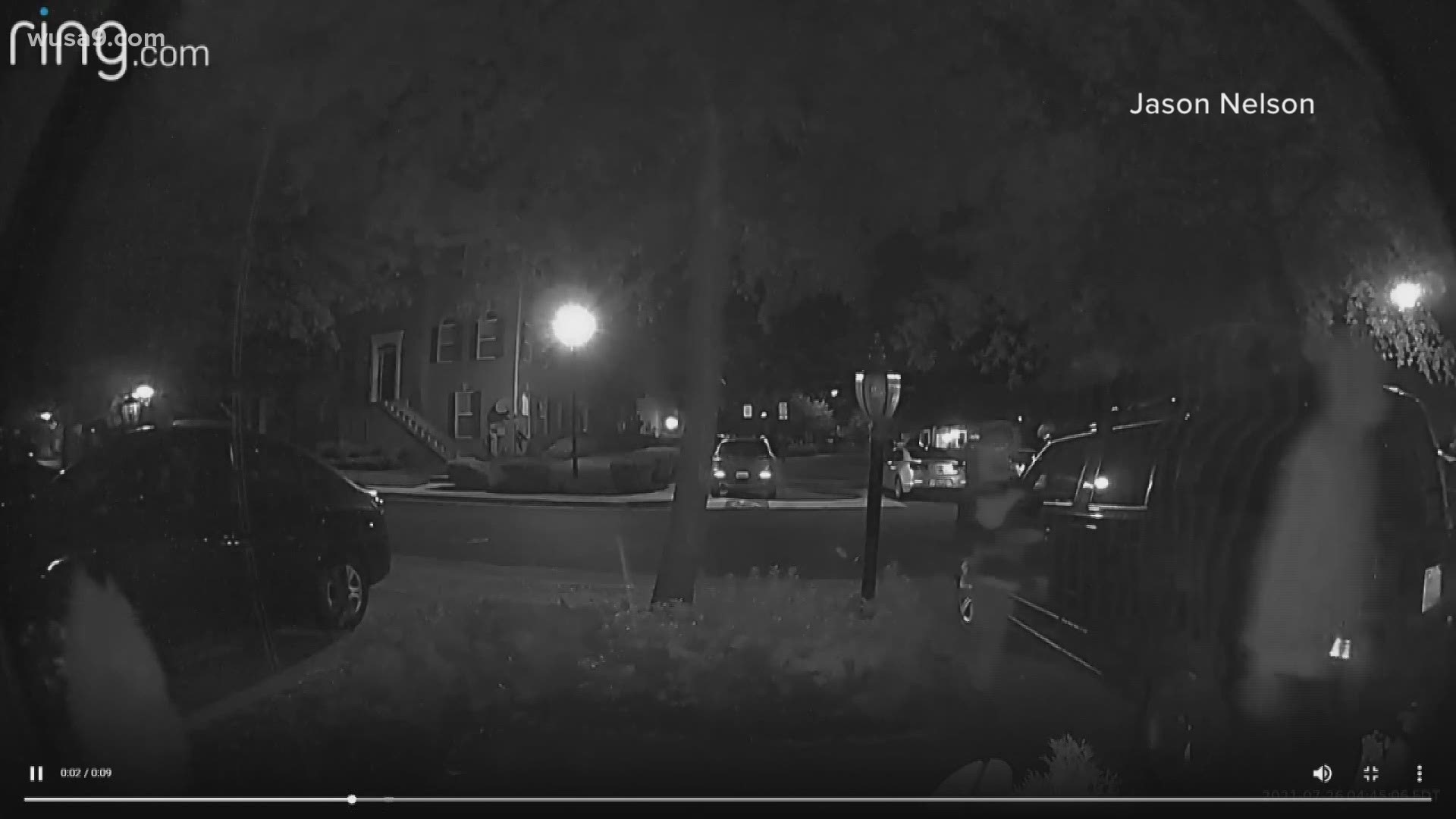 BOWIE, Md. — A Prince George’s County family said several people stole two of their cars before breaking into their home and stealing thousands of dollars of other property.

The incident happened in the Retreat at Fairwood subdivision, in Bowie, early Sunday morning around 4 a.m., according to resident Jason Nelson.

Nelson said he and his wife woke up to knocking on their door. He said their neighbor had found one of their wallets on the street.

Nelson said when he came outside his home to investigate, he realized both the family’s Lexus and Jeep were gone.

As Nelson waited for officers to arrive, he discovered the criminals had also cut the wires to his townhome’s security camera shortly before they had entered his home to steal packed luggage.

“That's the part that really bothers me, it's very alarming to know that there were people in your home while you were sleeping,” he said.

Happy Monday! Take a look at these safety tips for our drivers. Sharing the roadway is important to keep everyone safe. Also, if you stop to run a quick errand, please remember to turn off your vehicle and lock the doors. #PGPD #TheftPrevention #Safety #FirsttoServe #MdTraffic pic.twitter.com/1y2pL5zzMF

Nelson said the packed luggage was for his family’s upcoming move to Germany. He estimated, not including the cars, that his family had lost more than $10,000 in personal property.

“The things that were taken, and that were damaged, were replaceable,” he said. “My wife, my daughter and myself, we're safe. We're okay and that's what's most important,” he said.

Prince George’s County Police confirmed that someone had broken into Nelson's home Sunday. A spokesperson told WUSA9 that the department's officers had also impounded an abandoned car in connection to the case. However, that same spokesperson added the department had not made any arrests.

Nelson said the car that was found was his and that a police officer had told him recently three juveniles had been taken into custody for the crime.

Nelson added a neighbor in his subdivision also informed him their car had been stolen the same morning.

He said the entire incident goes to show that people need to be cautious with protecting their property.

“Do your due diligence to ensure that your cars are locked and that you're safe is locked or your home is locked,” he said.