The Supreme Court says a World War I memorial in the shape of a 40-foot-tall cross can continue to stand on public land in Maryland. 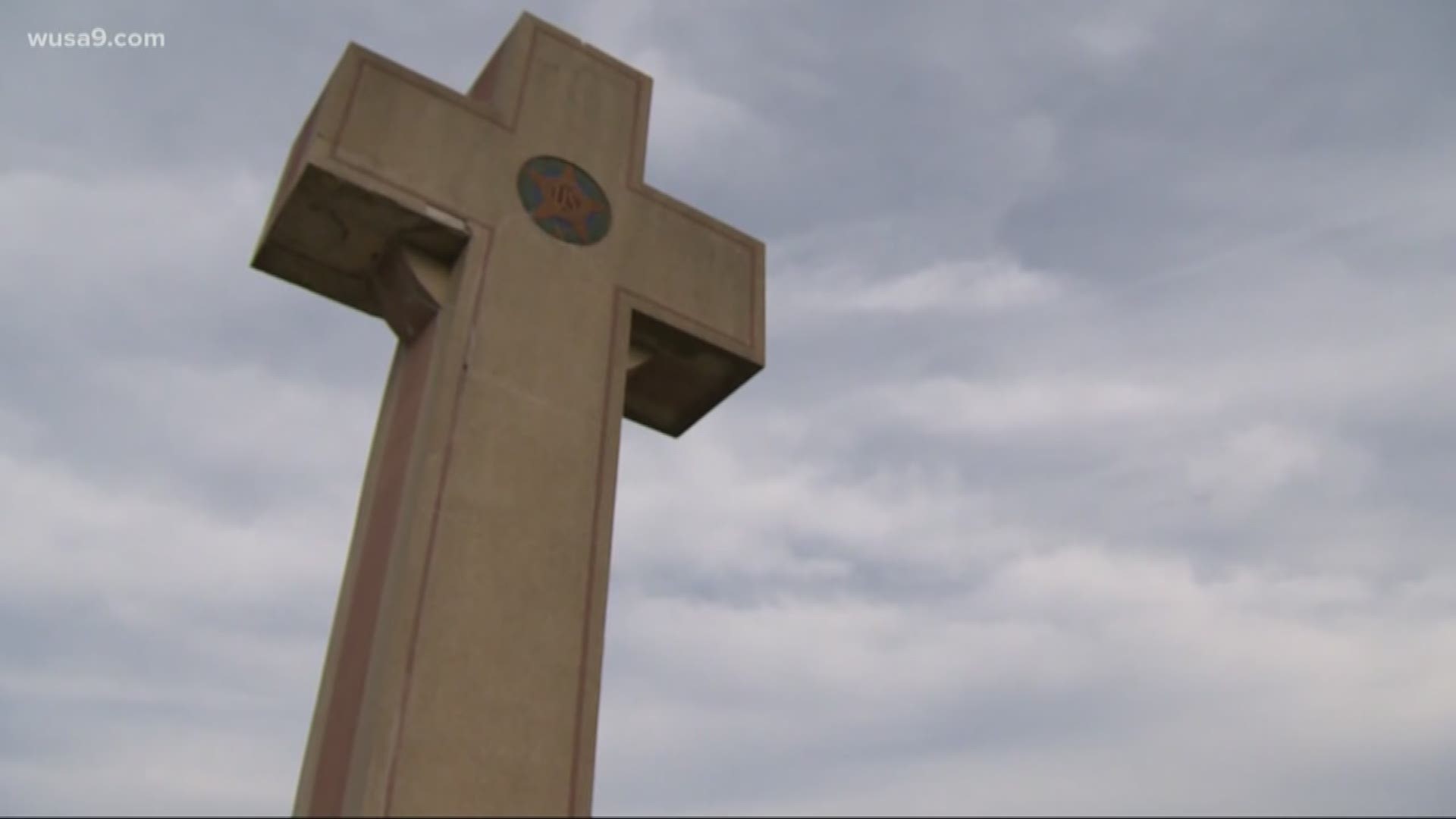 WASHINGTON -- The Supreme Court says a World War I memorial in the shape of a 40-foot-tall cross can continue to stand on public land in Maryland.

The court rejected a challenge to the nearly 100-year-old memorial. The justices ruled that its presence on public land doesn't violate the First Amendment's establishment clause. That clause prohibits the government from favoring one religion over others.

"This is really a landmark decision for religious freedom," said Kelly Schackelford, Chief Counsel for the First Liberty Institute. "It’s going to change like 50 years of what has been hostility to religion where we see religious monuments and memorials being attacked…That’s now over…and [the Supreme Court is saying] we’re going to consider those long-standing monuments, memorials, practices to be presumptively constitutional.”

RELATED: Can a cross be non- religious?

“Monuments in general, this monument specifically will have many meanings overtime," said Mitchell Reich, an attorney with Hogan Lovells, which represented the Maryland-National Capital Park and Planning Commission. "The court recognized in the time of World War I, the cross was a symbol that was supposed to honor all war vets.”

The cross' challengers included the District of Columbia-based American Humanist Association, a group that includes atheists and agnostics. They argued that the cross should be moved to private property or modified into a nonreligious monument such as a slab or obelisk.

“Frankly we’re disappointed by today’s ruling," said Sarah Henry, spokesperson for the American Humanist Association. "The Supreme Court failed to recognize that a Christian cross cannot appropriately honor veterans of all faiths and none."

Maryland officials who took over maintenance of the cross decades ago argued that the cross has a secular purpose and meaning.

Adrian Gardner, who serves as general counsel for the Maryland-National Capital Park and Planning Commission, the entity that owns the land, said he firmly believes in the separation of church and state.

To him, the crux of this case was history.

"This was just the wrong poster child," he said. "So, I just want to say to the people in the community who are concerned from a legal perspective that this is the death now of church and state that that is not the case. That is not what we stood for. We stood for something that is figuratively and literally concrete.”

RELATED: Supporters say if the Supreme Court orders Bladensburg Peace Cross removed, hundreds of other memorials will have to be bulldozed