A brand new museum looks to offer a snapshot of the modern American teenager. The pop-up museum, built in an old storefront along Wisconsin Avenue in Bethesda, is being called the "Museum of Contemporary American Teenagers," and will be open for two weeks. 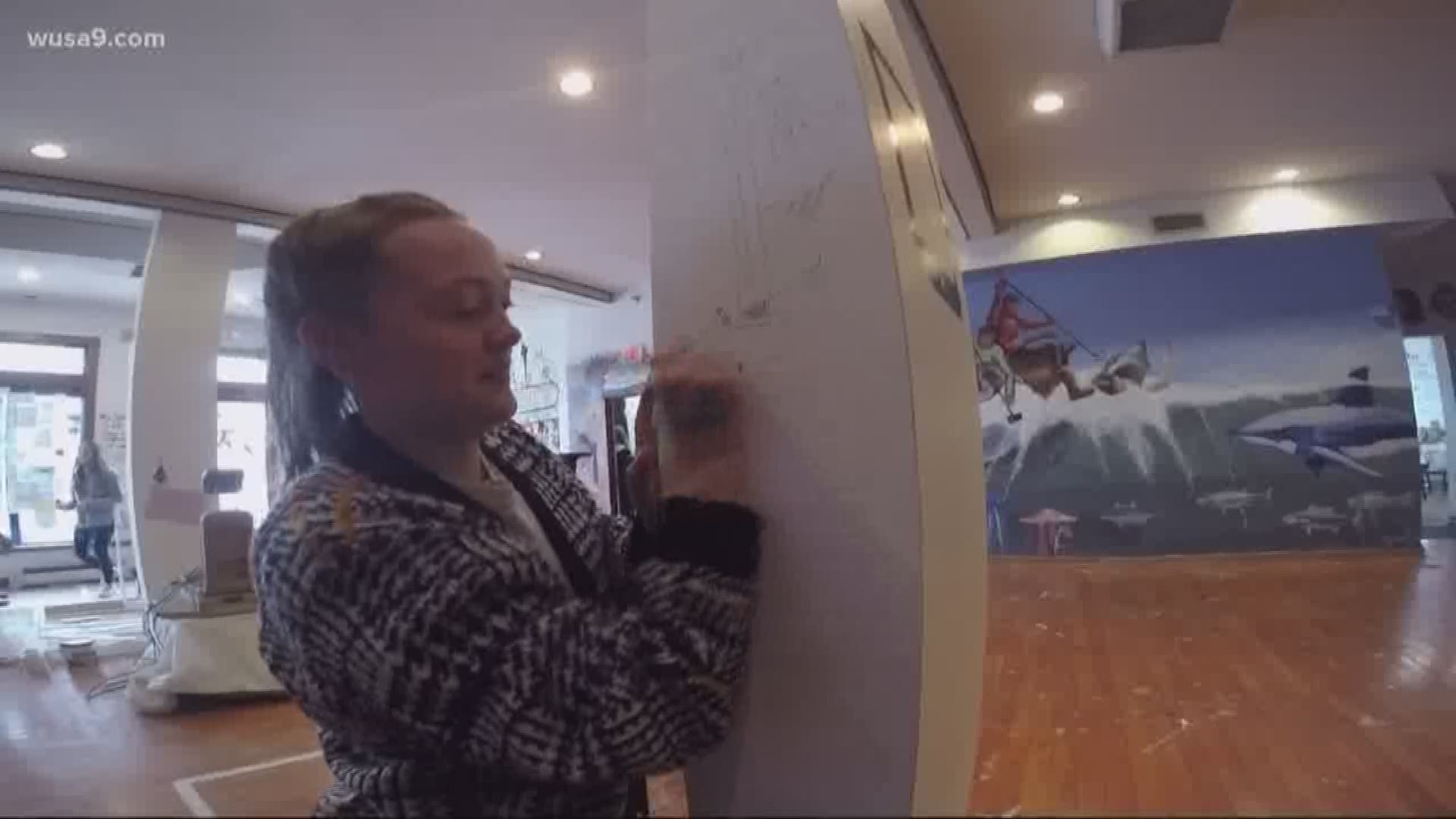 A brand new museum looks to offer a snapshot of the modern American teenager. The pop-up museum, built in an old storefront along Wisconsin Avenue in Bethesda, is being called the "Museum of Contemporary American Teenagers," and will be open for two weeks.

Perhaps the most unique part of the museum, is that all the exhibits were created by teenagers from the Bethesda area. The idea started as a school project in an Anthropology class at Bethesda-Chevy Chase High School. From there, the idea grew into what it is today.

Hundreds of students have contributed to the museum, creating more than 30 exhibits. The topics vary from gender roles and fashion to gun violence and social media.

Meg Gray and Calder Day created an exhibit on fashion. When WUSA9 joined them, we were crammed into what was likely an old closet.

The duo transformed the space, painting the walls in all black. A small projector sits on one side, which will play a series of interviews on fashion they did with people in their school. There is also chalk in the room, as visitors are encouraged to write down "one word" that summarizes their style.

"A lot of (modern teenagers) try to find something that will make them stand out," said Gray. "So instead of going to shops like Nordstrom or Urban Outfitters, you find something in thrift stores. And no one else can have it."

Right around the corner was another exhibit called "Trigger Warning." Amanu Huq was putting the finishing touches on the project, which focuses on gun violence and school shootings. An audio recording of various calls to police after shootings will be playing to add an emotional effect.

Huq said unfortunately, this has become a new reality for modern teenagers.

"It happens so often," she said. "We talk about it in how it effects our lives."

The exhibits stretch across two floors, and multiple rooms. There's also a stage on the first floor, where some students will be doing performances.

Keely O'Keefe and Audrey Zantzinger were working on an exhibit on the rising costs of applying for college. They said this entire museum was about getting the opportunity to tell their story.

"Being able to express your own voice," said Zantzinger. "In a manner that's never really been done before is especially unique."

The MoCAT museum can be found at 7756 Wisconsin Avenue Bethesda, Md. It will only be open for the next two weeks, closing for good on December 16. The exhibits will run Thursday through Saturday, from 5p.m to 9p.m. on weekdays, and 1p.m. to 5p.m. on Saturdays.

For more information, you can check out their website here.