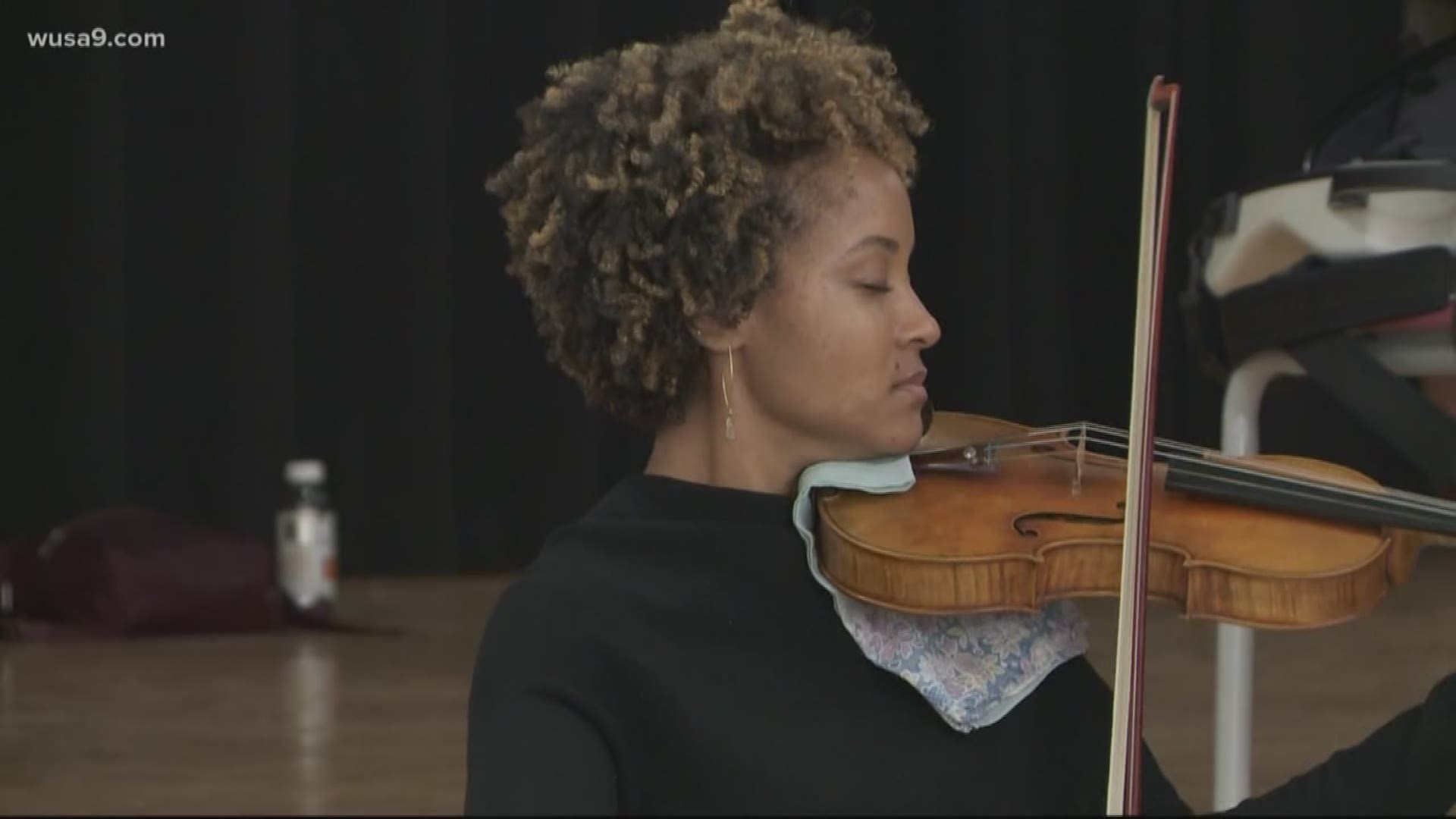 HYATTSVILLE, Md. — A solo Violinist dropped in at a Prince George’s County middle school Friday afternoon to give young musicians a special performance.

Melissa White is a critically acclaimed musician who has performed with some of the best symphony orchestras in the country. On Saturday, she’ll be performing with the National Philharmonic as it celebrates Black History Month.

In advance of that show, she stopped by Nicholas Orem Middle School to play and speak to young aspiring musicians.

"Once they see something’s possible, the next time they see a violin in a hip-hop song or a music video or the Grammy's (Grammy Awards), they can think — 'Oh, I saw one in real life,'" White said.

The show was organized by music teacher Ji Hea Choi, who wanted her students to see that a career in music is possible.

“I wanted my students to see someone like them being represented in classical music,” said Choi.

White’s passion for the instrument started when she was four-years-old while watching a segment on sesame street with Itzhack Perlman.

“I begged for two years, and so finally when I was six I got my first violin and I got to start playing,” said White.

White has since worked in film and performed with some of the best symphony orchestras across the country. She has also co-founded Intermission, (https://www.intermissionsessions.com/our-story) a program that combines music, meditation and yoga.

“I’ve been on Grammy Award-winning albums. I haven’t personally won a solo Grammy so continuing to record and seeing where that gets me, is exciting,” added White.

White will be featured in Saturday night’s performance ‘Black Classical Music Pioneers’ with the National Philharmonic at Strathmore. The concert will include works by composers Wynton Marsalis and William Grant Still.

RELATED: Some DC voters got mailers with the wrong primary date. The correct day is June 2