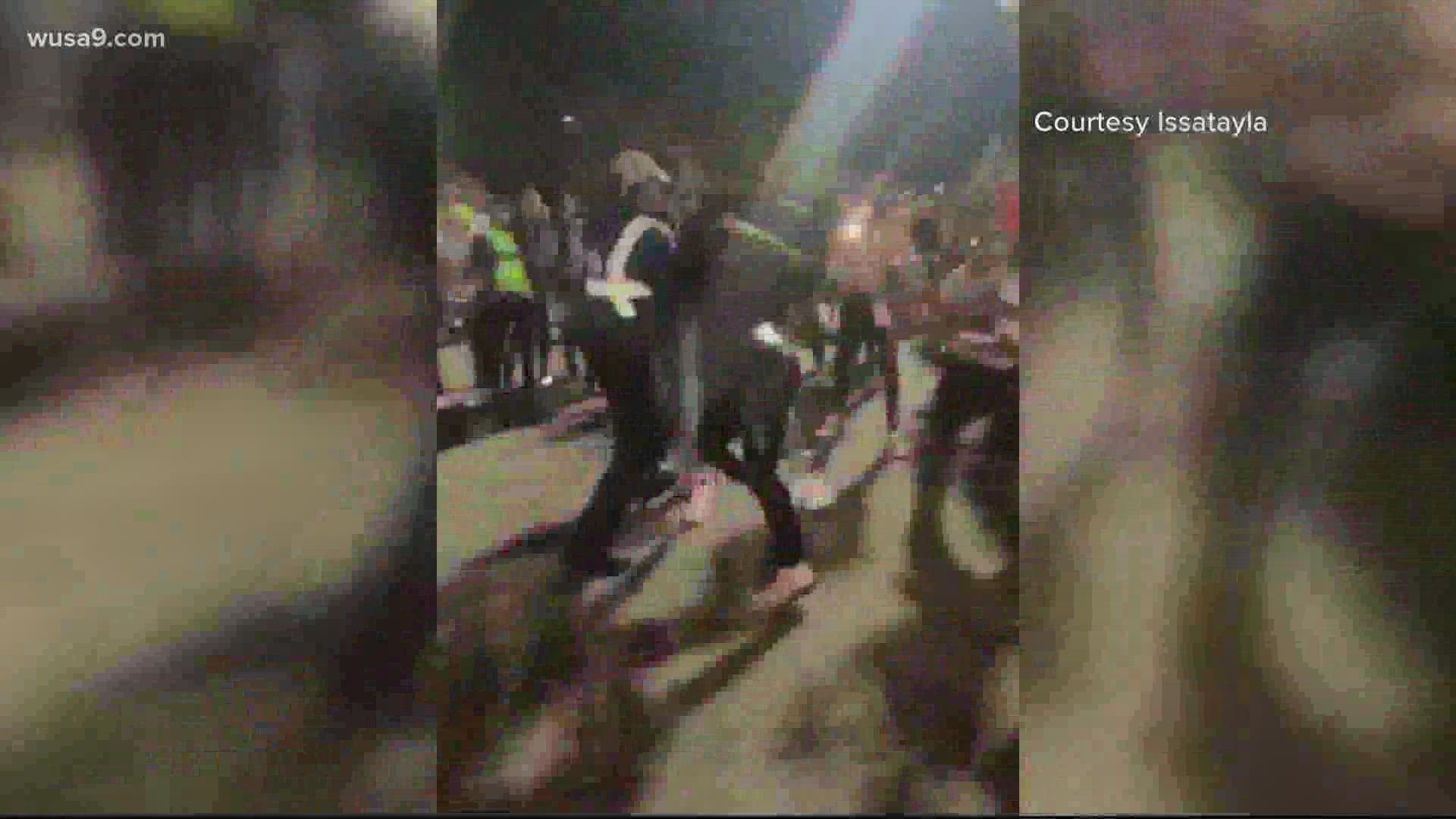 BOWIE, Md. — Six Flags America in Bowie, Md. shut down an hour early on Saturday night after a series of fights broke out at the amusement park.

Cell phone video obtained by WUSA9 showed one of the fights captured by one of the park's visitors.

A spokesperson for Six Flags released the following statement following the early closure of the park:

"The safety of our guests and team members is always our top priority. After observing the improper behavior of some guests, the park was closed approximately an hour early out of an abundance of caution."

It remains unknown how many altercations were reported at the amusement park Saturday or if anyone was injured during the incident.

Watch the video below:

In a statement to WUSA9, the Prince George's County Police Department said officers are reviewing the video footage and working to identify those responsible.

"The Prince George’s County Police Department is working to identify those who were victimized by acts of vandalism that occurred this weekend at Six Flags Amusement Park. We are reviewing video and attempting to identify tag numbers and victims as well as potential suspects. Once we identify the suspects then the States Attorney’s Office can determine potential charges.

Prince George’s County Police Department meets regularly with Six Flags to discuss public safety and the security plan of the amusement park. The plan established is based off the previous year’s crowd history and upcoming events. The Police Department is meeting with Six Flags later this week to review the security plan and offer recommendations."