Multiple cars damaged, road blocked due to fallen tree on I-495

Fire crews are at the scene working to clear the tree from the roadway, police say. 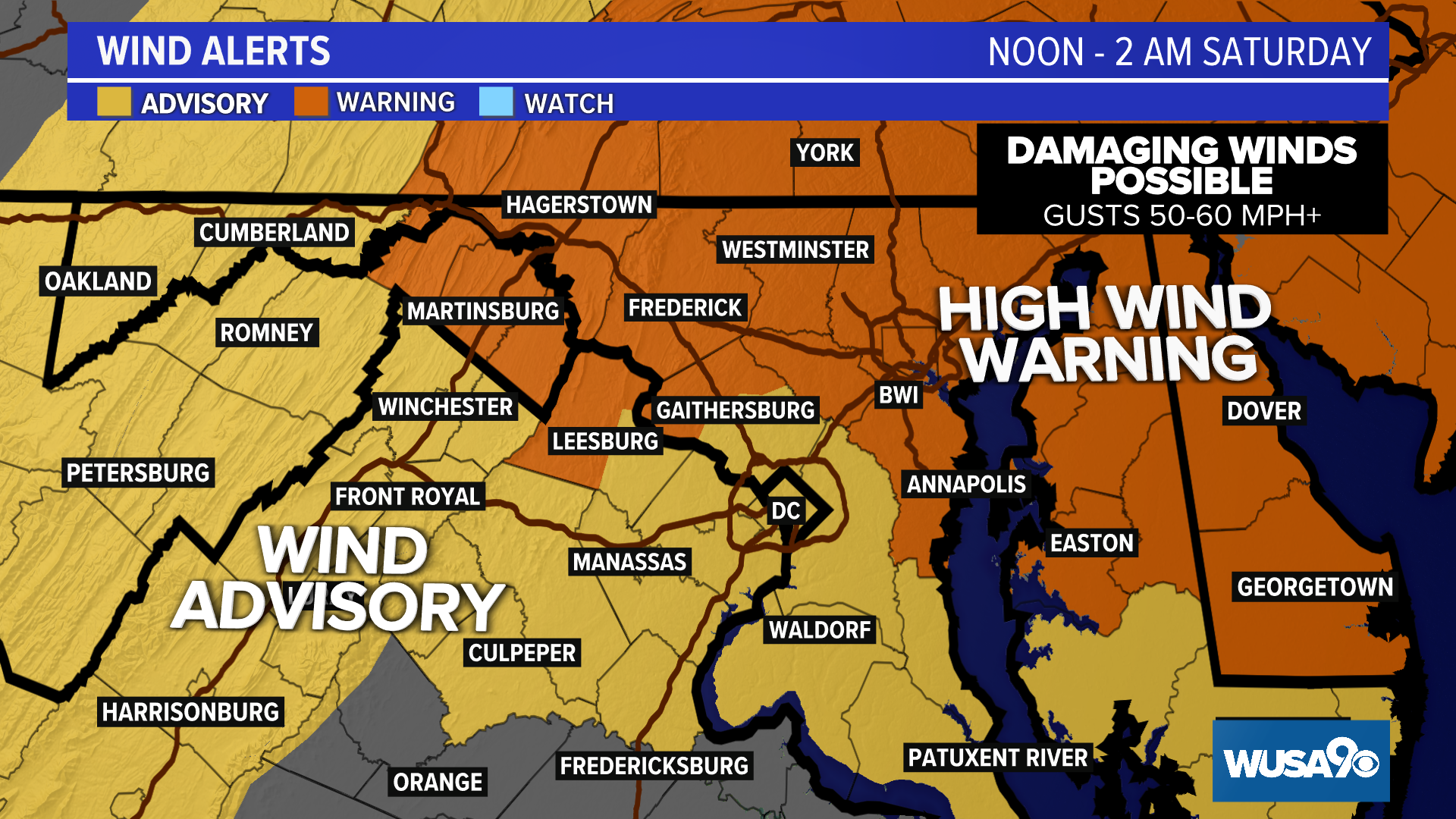 ROCKVILLE, Md. — Multiple cars have been damaged due to a fallen tree on the Outer Loop of the Beltway near Rockville, Maryland State Police said.

The incident happened just after 11 a.m. on the Outer Loop of Interstate 495 before Old Georgetown Road, police said. The downed tree shut down lanes on the roadway for around 30 minutes. All lanes have since reopened. Drivers in the area may still expect some delays.

Fire crews are at the scene working to clear the tree from the roadway.

No injuries were reported, according to Maryland State Police.

RELATED: Winds may gust up to 60 mph Friday. Here's a look at the forecast

A High Wind Warning has been issued by the National Weather Service D.C. and areas north and west.  A Wind Advisory for the rest of the DMV. Winds may gust up to 60 mph within the warning area.

People living in these areas may want to bring in lightweight patio furniture, recycle bins, trash cans, patio heaters, etc. Some limbs and trees could fall Friday resulting in some blocked roadways and scattered power outages.

It remains unclear if the heavy winds Friday caused the tree to fall on the highway.