The student-athlete’s mother said her son walked off the field after a white player called him a racial slur. 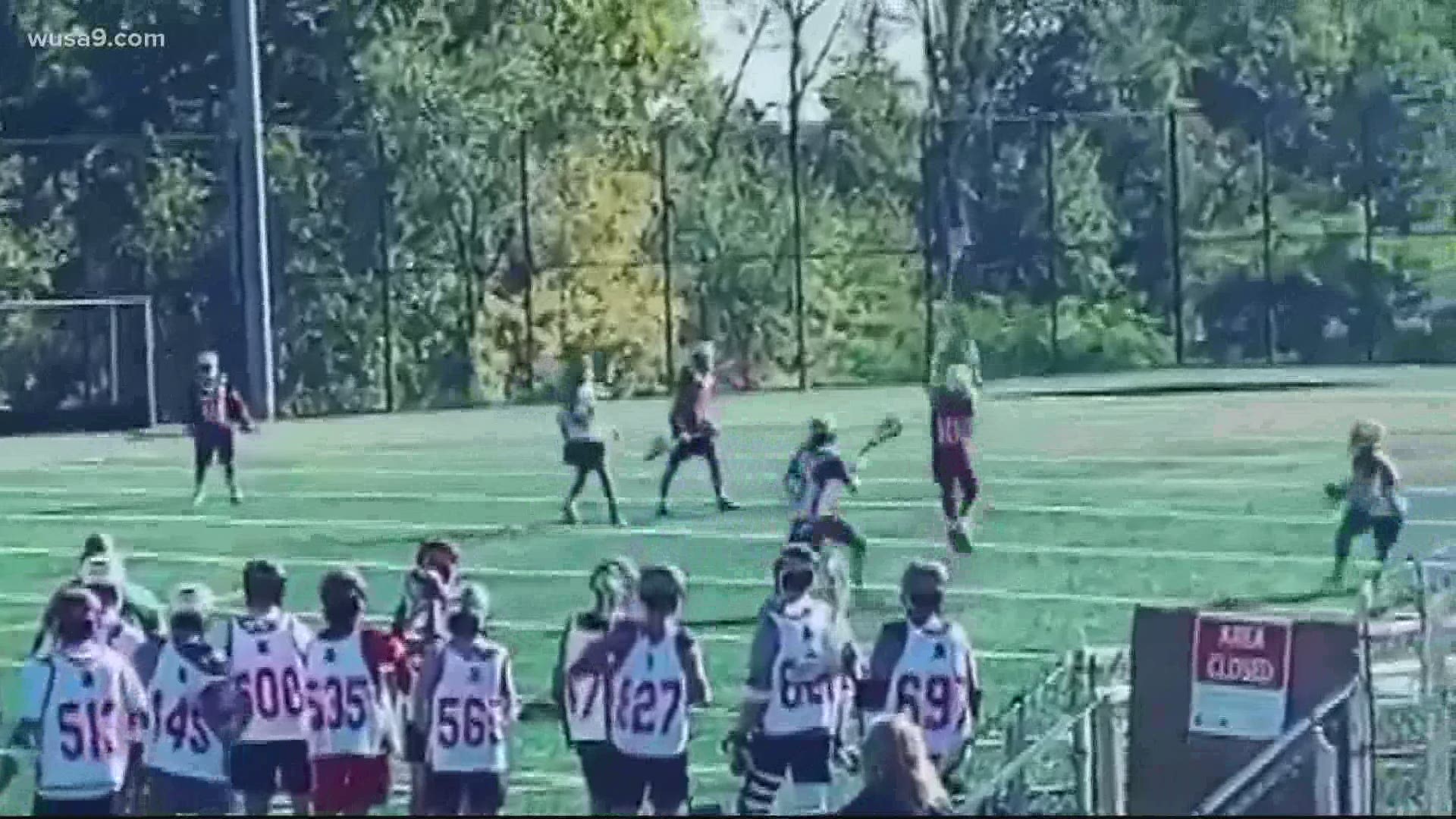 FREDERICK COUNTY, Md. — The mother of a Frederick High School student said she is disappointed, but not surprised, in the events that followed since she said her Black son was called a racial slur during a lacrosse game against Catoctin High School on June 4.

Tarolyn Thrasher, who is also on the Frederick County NAACP board and running for state office, said the alleged harassment occurred during a home lacrosse game.

A spokesperson for Frederick County Public Schools said the game was stopped because of a student-athlete’s concerns that hate speech was used.

“I asked him what he said, and he said okay little n-word,” Thrasher said. “I said 'how did you feel when he said that?' And he said 'I’ve been called that word at least four times on the field in my career of lacrosse.'"

Thrasher said her 17-year-old son has been playing lacrosse since he was eight, and has ambitions to play at the collegiate level.

Following the announcement to end the game early on June 4, Thrasher said some of her son's teammates were not supportive.

“They were more disappointed that the game was canceled," Thrasher said. "So it was kind of like, that white privilege was able for you to feel that way, but my Black son had to have a discussion when we got home."

FCPS spokesperson Brandon Oland said both school principals had discussions with the teams involved and followed policies and procedures.

Thrasher said nearly a month later she is still seeking answers as to if the player and team were held accountable.

“The principal had called me with the coach saying that they were going to call Catoctin High School and get it resolved," she said. "I never got a phone call back to find out what happened, if they talked to the parents, what was said. There was no apology made because my son would have told me. So, what protocol did you take?”

“FCPS does not tolerate hate speech. When an allegation is made, an investigation follows. We cannot share publicly the findings of those investigations.”

Thrasher said she doesn’t want what happened to her son to be swept under the rug, but she said she fears that’s happening.

“I know if my son were to use that racial slur toward that white kid that would have been a whole different story, right?" she asked. "And I know he probably would have been suspended, a fight would have broken out, all types of things could have happened. But he was a bigger person who walked off. And then it just gets thrown under the rug like everything else."

Thrasher said in this situation there need to be repercussions, as there should for anybody who uses that type of language, she said.