With support from the Maryland House Speaker, advocates believe the current social climate makes this the best time for this change to happen. 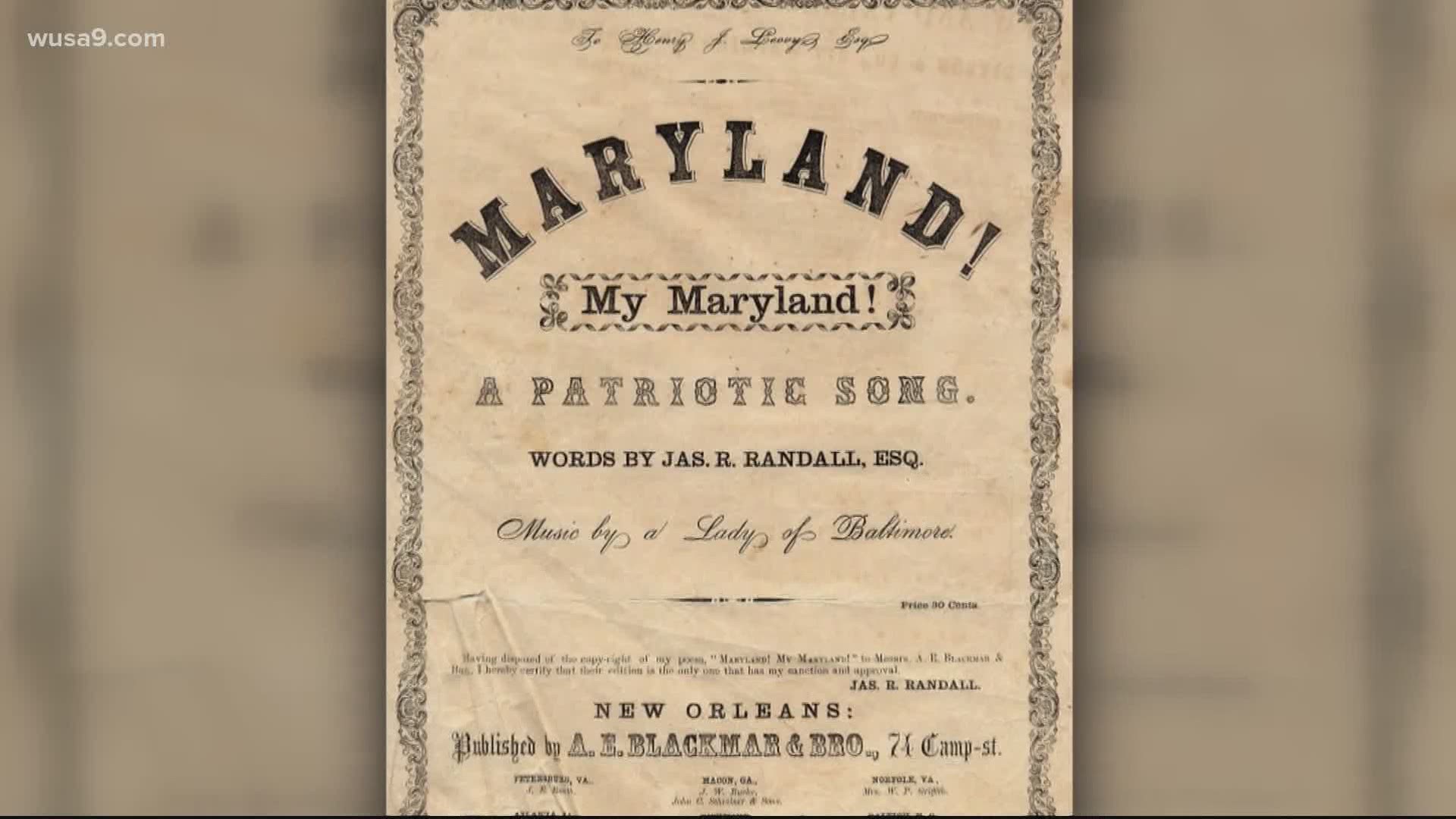 MARYLAND, USA — There’s a new push to change the 81-year-old Maryland state song once state legislators return to Annapolis in January. The song's lyrics are viewed as racist and controversial to some.

“Maryland, My Maryland” was adopted as the state song by Maryland’s General Assembly in 1939, according to the Maryland State Archives.

It was written in April 1861 by Maryland native James Ryder Randall, who in the early days of the Civil War was a teacher in Louisiana and sympathetic to the Confederate army.

The song’s lyrics mention things like “The despot’s heel is on thy shore,” “Avenge the patriotic gore… That flecked the streets of Baltimore,” and later references the Union as “Northern scum!”

Now, there’s a chance that a permanent change could be made to the song in 2021 when state lawmakers reconvene. Regardless of who proposes an official piece of legislation, the idea is something Maryland House Speaker Adrienne A. Jones (D-Baltimore) fully supports, her team told WUSA9. 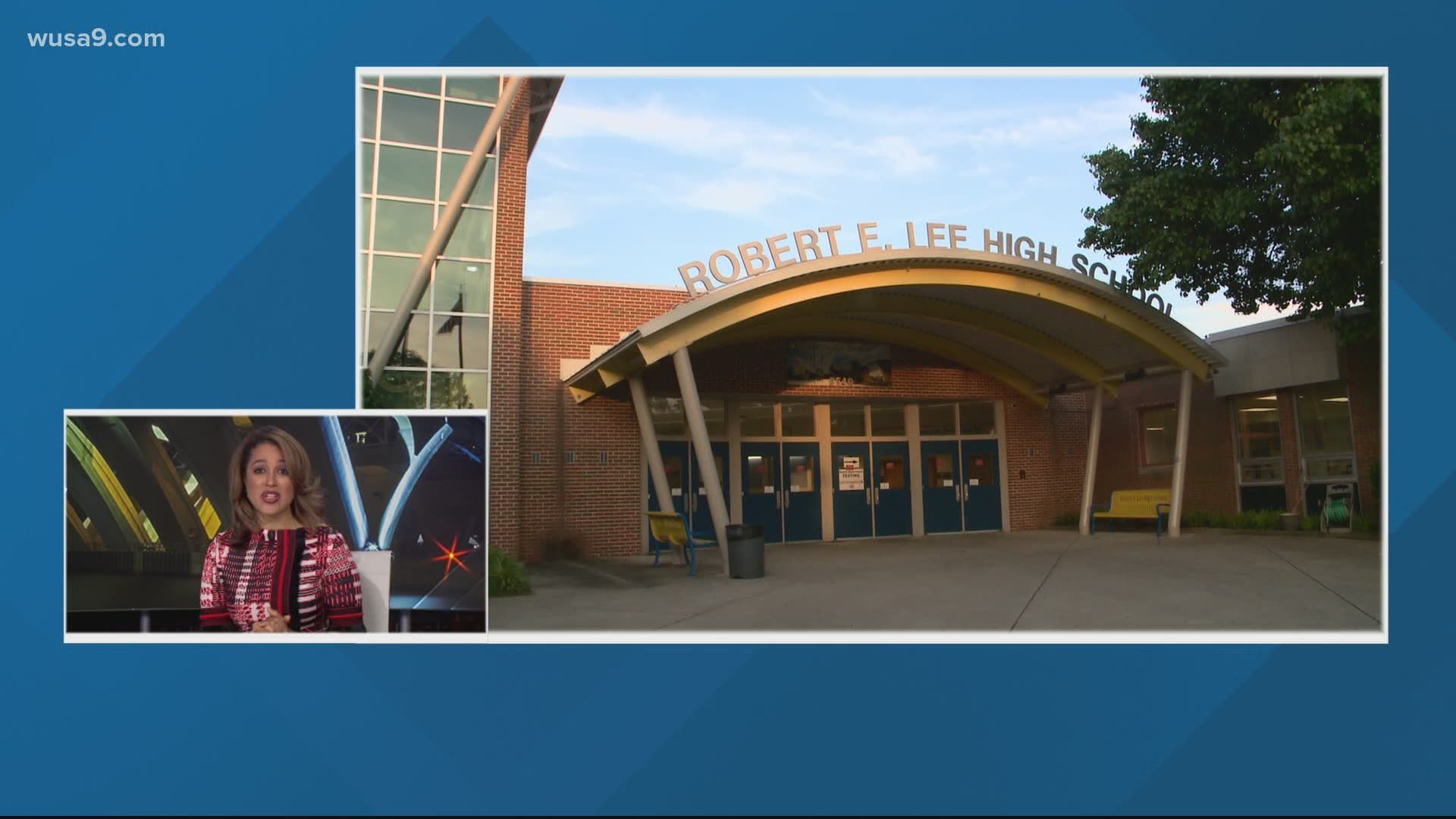 When considering the context of the current Black Lives Matter movement, the push to remove confederate statues, and changing the names of certain schools, there’s a sense of striking while the iron’s hot.

“This is the perfect storm to start correcting some of the things that have happened,” Bob Ross, the NAACP Prince George’s County President, said.

Ross said that while things like police reform and prison reform remain top of mind for communities like his, symbolism and representation can lead to larger conversations and provide a needed avenue toward systemic change.

“When people start to see some positive change, however fluid, it raises the bar to make it easier for the next thing that you’re trying to change,” Ross said.

And when it comes to a county like Prince George’s, where U.S. census data shows most residents are Black or African American, these perceived symbols of oppression become even more important to discuss and fix for future generations.

“We’re looking to change society to make it not a racist society,” Ross said. “A society for all people that live in America.”

WUSA9 reached out to the Maryland division of the Sons of Confederate Veterans – a group that says it’s the oldest organization for male descendants of Confederate soldiers and works to preserve that history -- for comment on the possibility of changing the state song. We have not heard back.

RELATED: Fairfax High School is changing its mascot from Rebel Pride to the Lions