People in disrupted neighborhoods are now left with torn up streets, closed roads, and dangerous sidewalks. 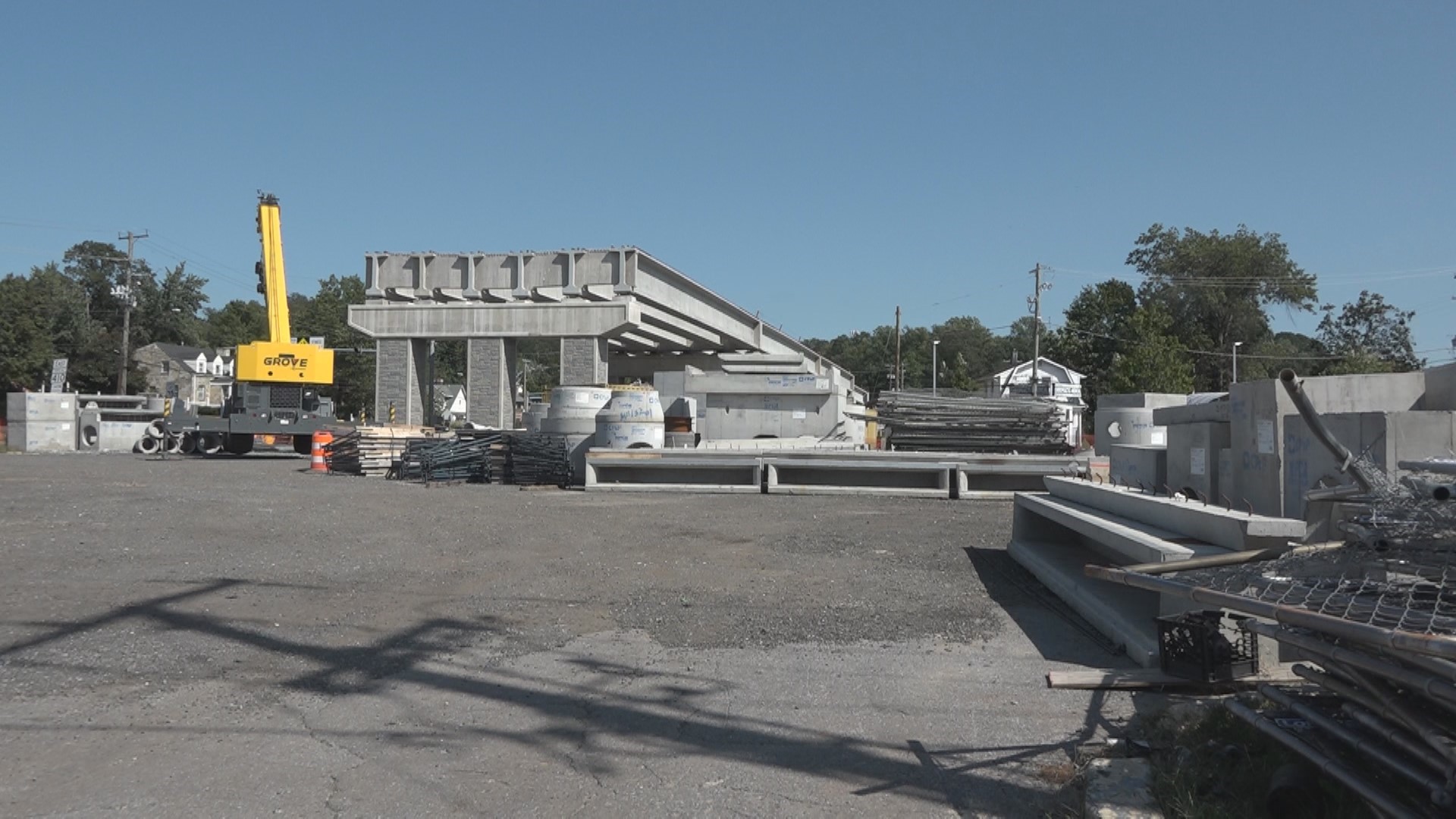 RIVERDALE PARK, Md. — Anger is spreading in neighborhoods impacted by a shut down of Purple Line transit construction, according to residents and business owners contacted by WUSA9.

This week Maryland Transportation Administration officials revealed that the contractor hired to build and operate the $5.6 billion dollar project is now in the process of stopping all construction in a dispute with the state over cost overruns.

People in disrupted neighborhoods told WUSA9 they are now left with torn-up streets, closed roads and dangerous sidewalks, as construction workers spent Wednesday preparing to walk away by the end of the week.

"I can't believe it!" said resident Hope Gripple as she surveyed closed lanes and crumbled concrete along Kenilworth Avenue. "I can't believe they're just going to let it sit like that."

Auto repair worker Manuel Larios reporting the blocked access to the shopping center where he fixes cars has cost dearly.

"No, it's not good for business," he said shaking his head.

"It needs to be fixed," demanded shopper Ava Keen who said sidewalks do not look safe for children and other pedestrians who might walk into heavy traffic instead.

“I have over 400 businesses that were struggling before COVID-19 and now with this additional delay which you're saying at minimum it's going to be a year here before you guys get together,” she said.

"We want to be sure that if there are sites that we have to button up that they're buttoned up safely and that they're not buttoned up in a way that impedes pedestrian access or causes larger traffic issues," Quinn said.

Wednesday workers along Kenilworth Ave halted progress on the Purple Line and spent their time attempting to fill potholes and make walkways passable before leaving the site.

State authorities will "take over the keys" to the project by early next week, said Matt Pollack, the state's Purple Line Project Director.

Transportation authorities told the Prince George's County Council that the goal is to find a new contractor to take over the completion of the 16-mile Purple Line light rail project between Bethesda and New Carrolton as soon as possible.

But they admit this may add a year or more of delay to a transit project that is already over budget and at least two years behind the original projected completion date of late 2022.