'Dysfunctional' Prince George's County School Board at a standstill

Currently, the board members can't even agree on a calendar of future meetings. 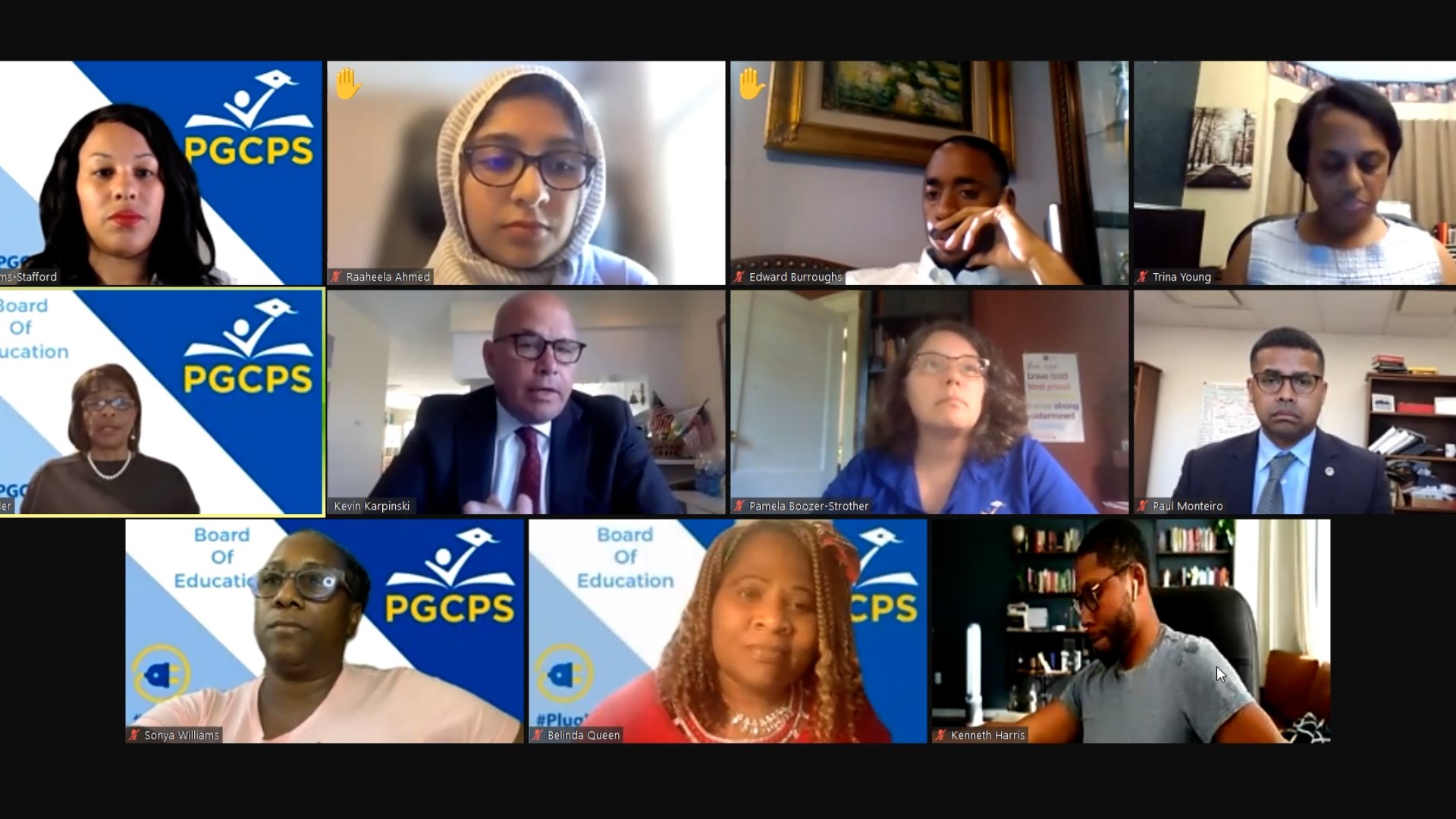 UPPER MARLBORO, Md. — Prince Georges’s County High School student Alvaro Ceron-Ruiz solemnly took an oath of office Friday morning as the newest member of his district's school board. But the night before, his fellow school board members were not as solemn and serious, as chaos broke out amongst the members.

"You’re out of order!" Ahmed retorted.

Minutes later, board member David Murray told Miller, "It was a yes or no question that I asked you."

"No, you don’t tell me yes or no," Miller snapped back.

After two failed votes, the school board couldn’t even agree on a calendar of when to meet in the future.

Even outgoing student board member Ninah Jackson had harsh words for the adults on the board.

"Since the turn of this calendar year, this Board of Education has unequivocally been its own worst enemy," Jackson said. "We fail to effectively communicate, only to stand before the public bickering and arguing."

One hundred and six union employees of an after-school program eliminated by the school district can’t currently appeal for their jobs, because the school board no longer has an attorney, because he quit halfway through the last meeting.

"I’m not terribly interested in being involved in your political drama," Kevin Karpinski said to the board members. “It’s readily apparent to me that this board is entirely dysfunctional.”

Karpinski's presence as board attorney was the flashpoint that set off Thursday's conflict. A majority of the board voted for another law firm to take over the position of board attorney. Miller declined to hire that attorney, instead awarding the contract to one of her choice, Kevin Karpinski, claiming an exemption allowing her to sign contracts below $25,000.

The majority of the board disputed that rule existed, and Karpinski withdrew from the position of board attorney by the second half of Thursday's meeting.

Miller did not respond to WUSA9's requests for comment.

Now, newly sworn-in board member Ceron-Ruiz is left not knowing when he’ll be able to advance his own goals of advocating for history lessons highlighting communities of color.

"We never really focus on the successes, the impact they’ve had on the country," Ceron-Ruiz said. "That’s really what I think students want -- that proper representation."