A New Carrolton Police Department officer involved in the incident was also injured and transported to a hospital, police say. 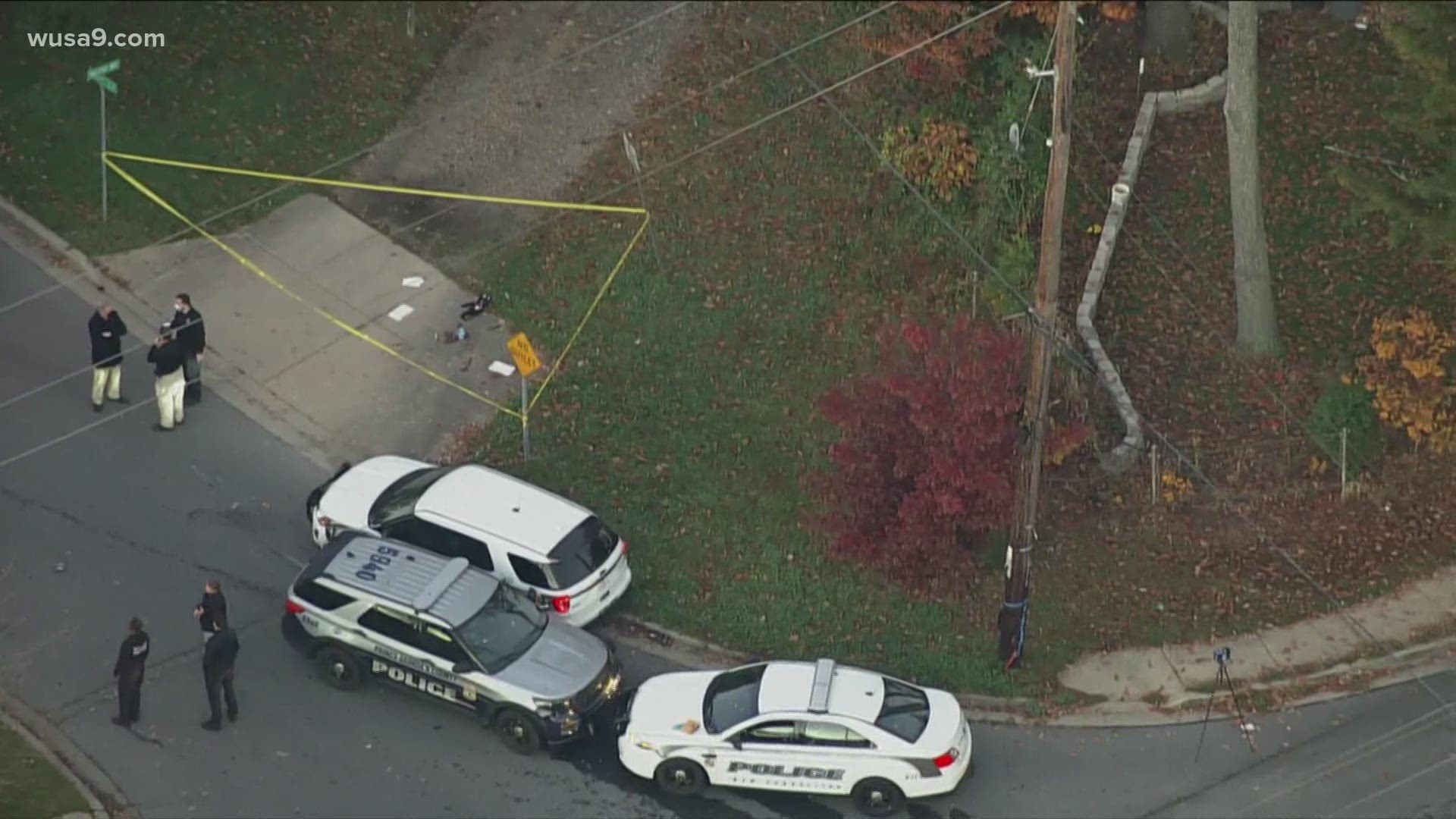 The shooting happened around 1 a.m. in the 7700 block of Seans Terrace in Lanham. Prince George's County Police Department (PGPD) officers were initially dispatched to the scene for a report of a suicidal person banging on a door, who may have been armed.

The gunfire at officers happened so quickly that an officer who was still in a police cruiser had to take cover behind another police vehicle, Velez said.

Velez said that Kunene, who he believes lived in the area, then took the officer's vehicle and drove up Seans Terrace and back down the road where he struck and killed his sister, 45-year-old Wadiya Brown. Kunene then continued down Seans Terrace and made a turn on Finns Lane and Fury Avenue and sideswiped a New Carrolton police vehicle and hit another police car head-on.

Velez said Kunene was at Brown's home prior to the incident. And that Brown went after him to de-escalate the situation before she was fatally struck by her brother.

PGPD did say in its statement to WUSA9 what Kunene ran over his sister after shooting her, which a mobile video system captured.

Additional details were limited early Tuesday, but responding officers did return fire when they were shot at, according to the tweet from PGPD, who shared preliminary information.

Kunene was then taken into custody and transported to a hospital where he was later pronounced dead, Velez said.

At this time, police do not know at what point the suspect was shot. They just know it was an exchange of gunfire.

A New Carrolton officer involved in one of the collisions with Kunene was taken to the hospital. Velez said the officer is expected to be okay. None of the PGPD officers were injured.

The initial police vehicle Kunene got into has several bullet holes.

We have spotted multiple police agencies in the area near the shootout. @PGPDNews has media about a half mile away from where the shooting happened. pic.twitter.com/iyZRKHvKrO

We are on scene in the 7700 block of Seans Terrace in Lanham. At approx 1:00 am, we responded for a suicidal person, possibly with a gun. PRELIM: when first officers arrived, the man shot at officers, who returned fire. We will provide more info in a briefing this morning.

This is a developing story. Stay with WUSA9 for updates.