Police say the suspect fired a gun at the victim, sending bullet holes through his shirt in an effort to steal his car. 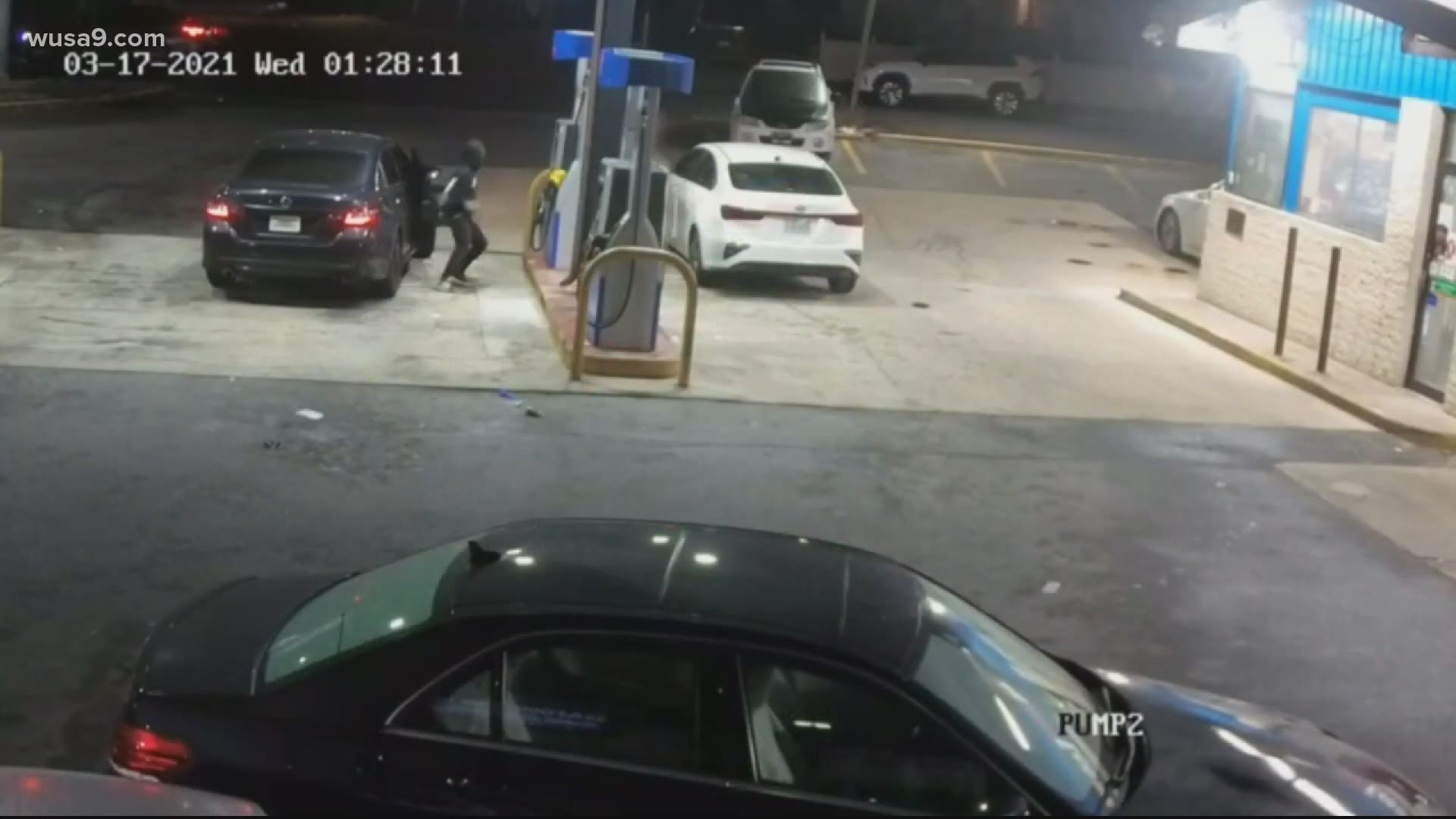 PRINCE GEORGE'S COUNTY, Md. — The D.C. area community remains plagued with carjackings as yet another carjacking is reported in Prince George’s County.

Detectives with the Prince George’s County Police Department are looking for suspects who shot at a driver before stealing his car.

The victim, police said, and driver of a white Kia stopped for gas. Video surveillance from the gas station shows the suspects’ car at a nearby gas pump and as the driver gets in his car one of the people jumps out of their car and demands the victim’s car at gunpoint.

The issue of carjacking has become so severe officials have started a regional carjacking task force.

RELATED: Police: More than 100 carjackings reported in DMV so far this year, a drastic jump from last year

In both D.C. and Prince George’s County, the number of carjackings has tripled compared to this time last year. Some of the carjacking arrests have been of children as young as twelve years old.

Damata said someone attempted to steal his car earlier this year.

“I was actually in my vehicle and then a man approached, opened the door, and was like get out. But fortunately, enough for me I had my hand on the door handle, so he couldn't open the door all the way. So he was there for about a minute or two trying to get me off the door but you know I was screaming help, and you know some people started to look and he saw that and he just ran away,” Damata said.

Officials are urging people to remember that cars are replaceable, but people are not. If a carjacker threatens you with a gun or weapon authorities said to give up your car. They are also urging people to stay alert, trust their instincts, and if you feel uneasy get into the car, lock the doors, and drive away.