Can you help identify these 6 people? Police search for suspects linked to assault-robbery of 2 girls at Silver Spring mall

Officials are asking anyone with information on the suspects to call the police. 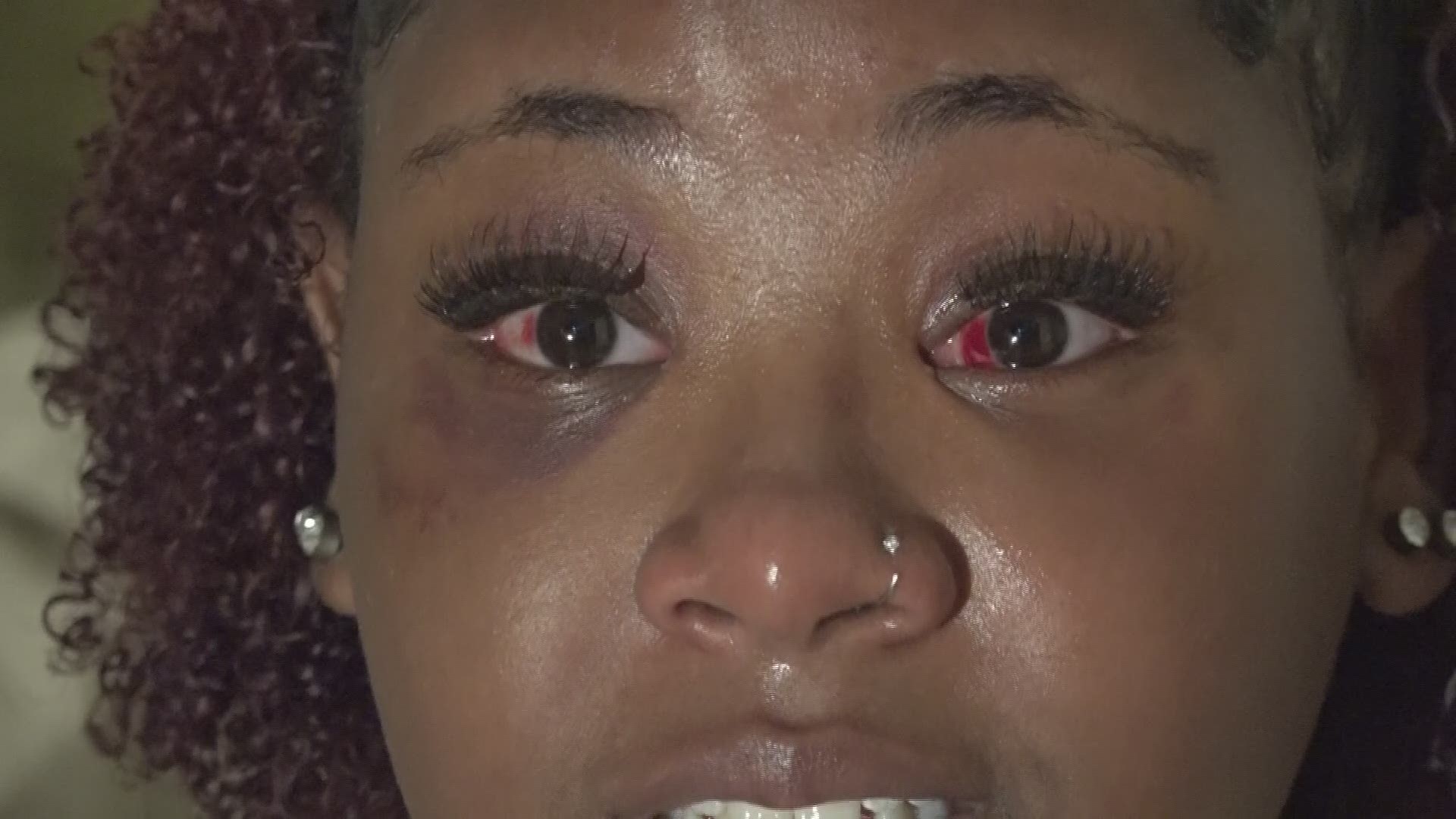 SILVER SPRING, Md. — Montgomery County police are asking for the public's help to identify six suspects they said were involved in an assault-robbery at Ellsworth Place Mall in Silver Spring, Md. last week.

Detectives said two girls -- a 16-year-old and a 17-year-old -- were in a bathroom when six other girls assaulted and robbed them. They said the group left the mall shortly after the attack.

WUSA9 spoke to one of the victims. Cayla Watson said she and her friend were using the bathroom when they were allegedly attacked by the six girls.

Watson said she told police the six girls took turns kicking and punching her and her friend as they tried to protect themselves.

She also remembers at least two of the girls recording the incident on their phones before robbing them.

RELATED: 'This was entertainment to them | Montgomery Blair High School student shows injuries from alleged attack

Anyone with information on the suspects is asked to call the 3rd District Investigative Section at 240-773-6870.

Callers who want to remain anonymous can call Crime Solvers of Montgomery County at 1-866-411-TIPS (8477). Crime Solvers will pay a cash reward of up to $10,000 for information provided to them that leads to an arrest in this case.